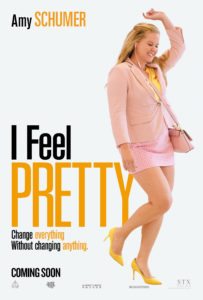 A woman finds that all of her dreams come true after a bump to the head convinces her she has transformed into the most beautiful person on the planet. 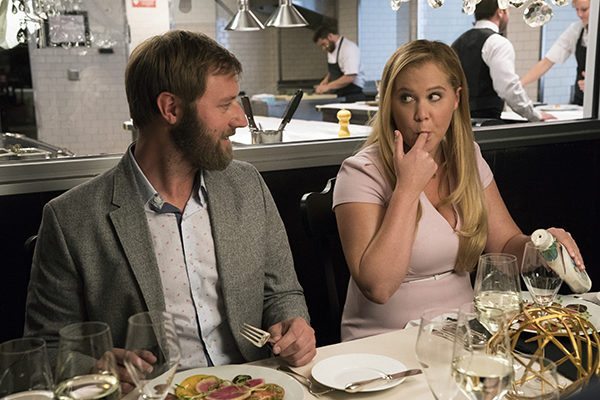 “What if we didn’t care how we looked?” asks Amy Schumer during the final act of I Feel Pretty, at the end of a two-hour movie predicated entirely on a world in which appearance is literally everything. When the first trailer for the film hit the internet earlier this year, it launched a million thinkpieces about its apparently distasteful premise in which star Amy Schumer – who is, at worst, a Hollywood approximation of imperfect – believes she has suddenly become a beautiful woman, solving all of her problems in the process.

Thankfully, the movie isn’t as bad as that trailer would suggest, though it does hopelessly fumble its key concept. Schumer plays Renee, who works for a high-end beauty brand – though she’s holed up, IT Crowd style, in a Chinatown basement rather than the company’s glamorous main offices. She is constantly the butt of jokes, whether it’s for her feet (double-wide “like the trailer”), or the vomit on the clothes she takes to the dry cleaners. During one ill-fated spin class, she falls from the machine and hits her head. When she looks into the mirror, she sees herself as the most perfect woman in the world. This greases the wheels of her career and wins her a new relationship with nice guy Ethan (Rory Scovel).

The early stages of I Feel Pretty encompass much of the material in the trailer, with gags based upon the apparently hilarious idea that anyone as “unattractive” (big inverted commas necessary) as Schumer is capable of functioning in society. Her greatest aspiration is to become a receptionist at her firm and, soon after her accident, the opportunity arises and she gets the job through sheer force of obnoxious confidence. Though, the fact the company is due to launch a new make-up range for Target shoppers – they mention the supermarket by name so many times that you can almost see the bags of money just outside of shot – can’t hurt her prospects. 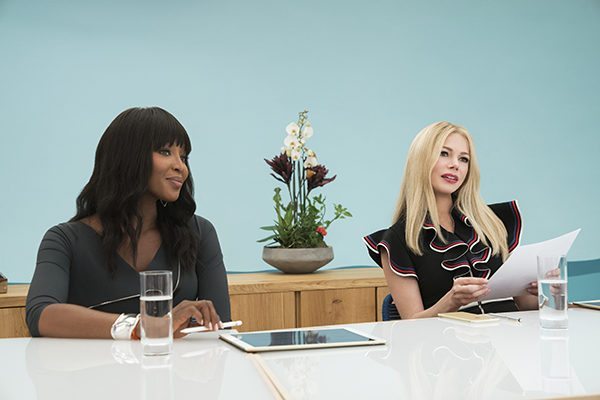 Every time a supporting cast member – invariably looking like a catwalk model – cringes at Schumer’s character or shoots her a distasteful sideways glance, it feels like a blow at the movie’s overall messaging – that believing you’re beautiful is enough to be it. This is a film in which a character learning that attractive people get dumped too is the trigger for a massive epiphany and the final resolution is so full of plot holes that its Hallmark card sentiment is completely lost.

Fortunately for the movie, Amy Schumer’s comic talents are too prodigious for her not to occasionally hit on something funny. Whether improvised or scripted, she finds a few standout comedic lines in Abby Kohn and Marc Silverstein’s story, which is largely standard slapstick, toilet humour and one-note caricatures. It’s in the latter category, though, that the film provides Michelle Williams – as unrecognisable as Tilda Swinton in Schumer’s Trainwreck – as the beauty company boss, with the breathy, high-pitched voice of a drowsy unicorn on helium. She knows exactly what movie she’s in and throws herself into the part with admirable gusto, much like Rory Scovel, whose nice guy is enjoyable, even as the movie insists his insecurities are more acceptable to joke about than anyone else’s.

This is undoubtedly Schumer’s film, though, and she rises to the occasion even as the material stutters around her. The teen-friendly 12A certificate minimises the frank raunchiness that has defined Schumer to date and so she inevitably feels somewhat neutered, like a muzzled animal dying to blurt out an expletive in every scene. She isn’t helped by the exhausting two-hour running time that is a pre-requisite for every post-Apatow Hollywood comedy, which leaves the film inventing subplots to fill time, including a brief dalliance between Schumer and Tom Hopper’s chiselled rich boy that never goes anywhere. 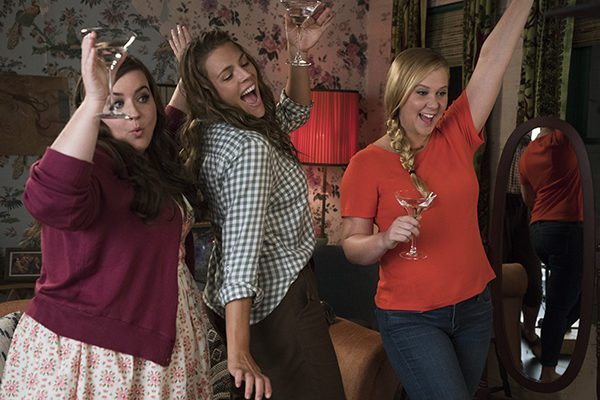 I Feel Pretty simply struggles with what it chooses to foreground in the story. Constant set pieces to accentuate Schumer’s proposed ugliness, including the bikini contest that plays such a central role in the trailer, are pushed into the front of house while potentially interesting side stories are abandoned. Renee’s friends, played by Aidy Bryant and Busy Philipps, are given very little to do and Emily Ratajkowski – perhaps the only conventionally “hot” woman in the movie to be portrayed as nice and normal – appears only in a handful of very brief scenes.

It’s this lack of focus that so often hurts I Feel Pretty and ensures that its handful of jokes is stretched very thin across the running time. Despite its occasionally fun performances and clear good intentions, it’s mishandled to such an extreme that the fears of the trailer reactions are not entirely unfounded. It’s a film in which being attractive means being arrogant and out of touch, set in a world that’s apparently populated solely by those people… and Amy Schumer. She, alone, is not enough.