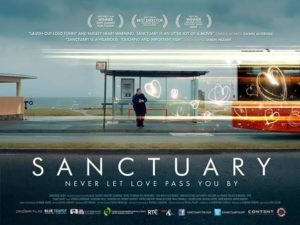 Two people engage in a romantic tryst, despite the watchful and disapproving eyes of society and the legal system. 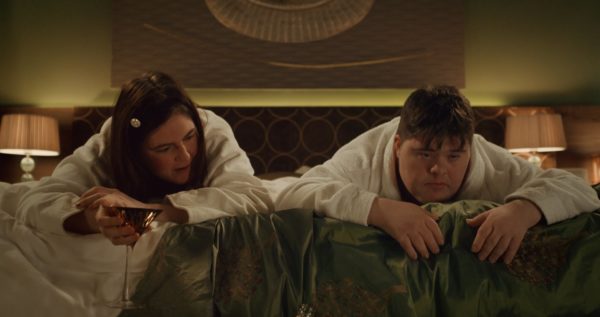 Sophie (Charlene Kelly) and Larry (Kieran Coppinger) are two people in love in this funny and moving Irish comedy drama. Based on a stage play by Christian O’Reilly, and directed with unsentimental verve by Len Collin, Sanctuary makes its socio-political points strongly in what is a memorable story with a solid truth about it.

The film features nine individuals with intellectual disabilities, and treats all of their stories with considerable thought and feeling. Some of the scenes have a knockabout humour to them; hip hop karaoke and fair ground escapades are slapstick and good fun, but the central story of Larry and Sophie has a serious emotional depth to it.

Sophie has severe epilepsy and is looked after in a care home. Larry has Down’s Syndrome and lives at home with his mother. The two meet at Sophie’s care home where Larry helps out. They are shy around each other, but know that what they feel is real. Aided and abetted by Tom (Robert Doherty) the care worker, they manage to get away from the cinema going group, and get to spend some quality time together in a hotel room. 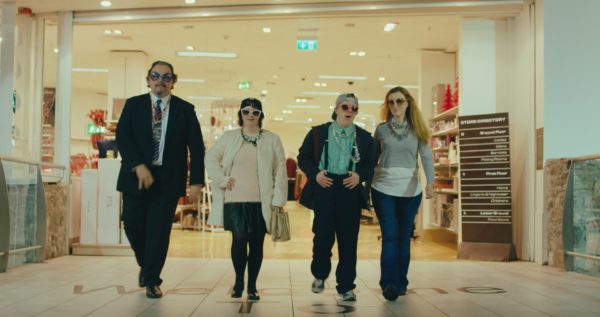 Sanctuary offers a refreshing take on the difficulties that people with intellectual disabilities face on a day to day basis doing the sorts of things most of the populace take for granted. It deals with these situations and show cases them on an as you find it basis, with the non-professional actors bringing warmth and honesty to the whole film.

There is a gentleness about the whole project that will win over most audiences. Even when the jokes are a bit cheesy, the overall lively spirit of the piece brings it all together. The serious points about injustices faced are made simply by showing how people interact, not by ranting and raving at the camera. It is this that really sets the film apart. It does not speak for individuals facing challenges, it allows them to speak for themselves.

Under the Irish Criminal Law Act 1993, it was illegal for two people with intellectual disabilities to have an intimate sexual relationship. The law changed on 14th February this year. The film stands as a fascinating insight into the struggles that many have faced in expressing a love that is outside of the law. It is a joyful and – now we know – victorious testimony to love, friendship and experiencing life to the full.