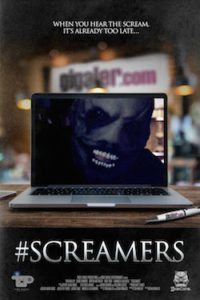 When an internet company decides to investigate a series of ‘Screamer’ videos, they are confronted with havoc and hell they could never expect. 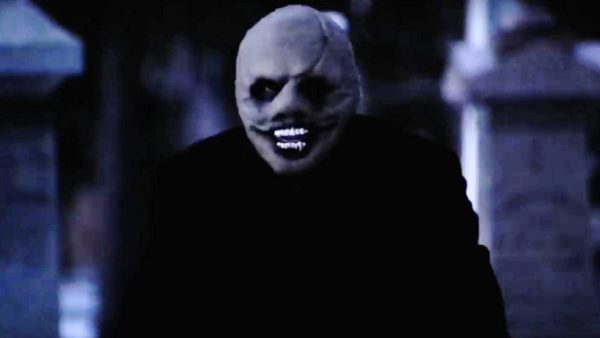 #Screamers asks the seemingly impossible – “What about one of those online scare prank videos, but as a whole movie?” Well if you’re a constant soap-box-ranter about jump scares being horror’s dullest weapon, seek your genre thrills elsewhere. This found footage dive into cryptoterror fame and dark web dread does not attempt to shock you beyond obvious, unsustainable lunges towards camera (aka “the viewer”). Every egg is plopped into a basket that’s overfilled even by Easter Sunday standards and director Dean Matthew Ronalds isn’t masking intent. Cue a far-fetched undercover setup and characters *begging* for their untimely deaths. Clip show horror that plots out a few “gnarly” scares and hopes connective dominoes just fall into place.

CEOs Chris Grabow (Chris Bannow) and Tom Brennan (Tom Malloy) dream big for their exploding tech company Gigaler. Business operations focus on providing curated video content that mines a user’s browsing habits and surfing tendencies – simple patron appeasement. One day, an anonymous “Screamer” video is submitted to their content curator Griffin (Griffin Matthews) that immediately gets homepage notoriety. Soon after, another “Screamer” video appears in Griffin’s inbox. Tom couldn’t be happier about the site’s exponential growth, so he aims to strike a deal with the content’s creator – presumably a British woman identified as Tara (Theodora Miranne) who is directly tied to a missing person report. Unamused by the whole ordeal, the core Gigaler team hops in a car and drives directly to Tara’s triangulated location for answers (because hacker sleuthing), but what they find…I mean you can assume. 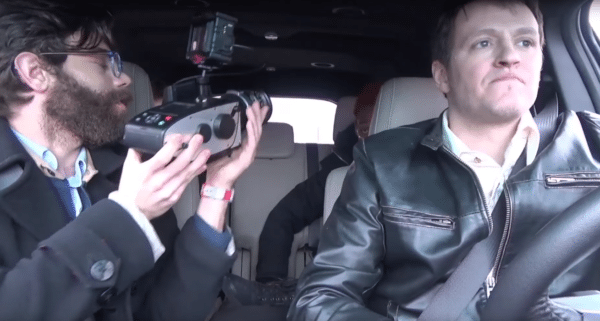 Ever clear is how #Screamers doesn’t have time for plausible logic or balanced campfire storytelling. You’re here to be scared, so get ready for loud screeches and super fast whooshes of blur – details be damned. Common human decency, Tom’s children and divorced wife (why even mention?), Gigaler schematics beyond copying YouTube (?), it’s all thrown out the window so Mr. Teeth-Flash Man can defy laws of gravity and timespace. Filler intermissions are rather “corporate behind-the-scenes” bland. It takes a goddamn Stone Age to reach the film’s third act, only to witness structures of hubris collapse under absolutely asinine character decisions. Explore at night, trespass on creepy property, tempt mythology – ALL OF IT.

Such genre obedience might be excusable given pure cyber panic, but the film’s sense of fear only fathoms Internet video tricks. You will freak out, yet horror merit badges are never earned. Catch us with one “Screamer” video, fine. Live your title. But to play the same trick numerous times, increasing in volume when Gigaler’s team lives a real-life slasher movie? There’s not even closure in disappearances, as characters behind lens drop their recording device for the next victim to find. Each time with the same skeletal face ramming full speed into frame. Repetition in first person form, fit to exploit staked redundancies – a scripted sin as far as horror elegance is considered in my book. 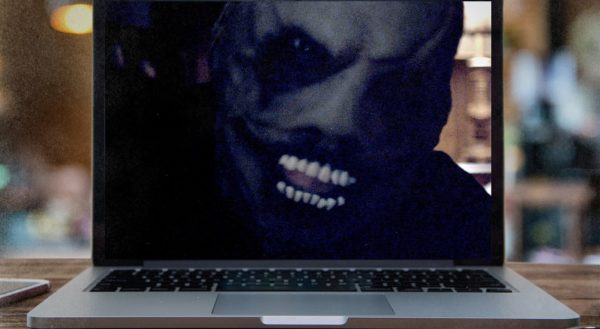 Character definition is limited to respective hipster and programmer arcs, Tom likened to a tornado and Chris a hurricane (chaos versus calculated, somehow). This makes for little depth – Griffin the marketing guru who keeps filming, Abbi (Abbi Snee) the computer wiz along for gender representation – even including Tara and “Francis.” I won’t spoil the film’s villainous lineage because it’s a historically murderous namedrop (and nothing more). A few Wikipedia articles apparently maketh the monster, then it’s right to sneaky business. Waste not, want not.

Except, like, I want a cohesive story that doesn’t just sacrifice lambs to the fuzzy-screened slaughter because tech-bro demands exclusive rights to these replaceable meme videos anyone with dark basement set dressings and an iPhone could duplicate.

I give #Screamers the slightest, most blink-and-you-miss nod for gunning right for high-pitched squeals, but concept dynamics will be labeled “cheap” by horror vets (and with good reason). Never does Ronalds establish palpable tension, and even “Mr. Screamy” is underutilized. Sans two submitted clips and a five minute stretch of “DON’T GO IN THERE” house exploring, screen time is taken hostage by corporate think-tanking and atrocious excuses for character motivations. Found footage generics like you’ve seen before; the film’s most torturous material given away frames before terror strikes (weaker by the use). A techno-horror upvote this latest genre programming does not deserve.