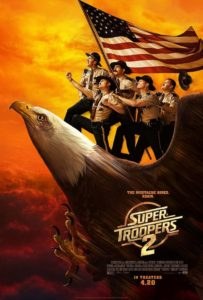 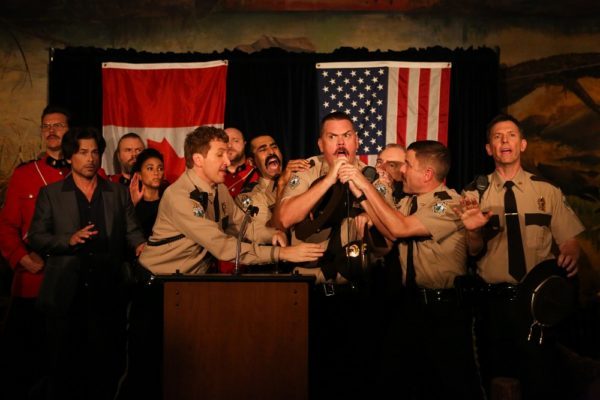 I will fully admit up front I had low expectations going into Super Troopers 2, fearing that the trend of comedy sequels far too late for their own good would continue to rear its ugly head, but there is one crucial distinction to be made between this and the failures; the Broken Lizard crew and even the assembled supporting cast appears to actually want to be there and to be having a blast. It doesn’t come across as a vain attempt to regain relevancy or even recapture past glory, it is unabashed lewd and crude fun with that endearingly obnoxious touch that propelled the 2001 surprise hit to college campus classic status. Basically, director Jay Chandrasekhar (who also directed the first movie and plays Thorny from the group) and the rest of the Lizards also seem to understand why the humor worked, which is another thing that so many decade-later sequels flub.

Due to a new geographical development, there is a stretch of land between Vermont and Canada that has now been declared American territory and is in need to be policed by a United States patrol unit, paving the way for our beloved gang of authoritative misfits to get another crack at the whole patrol thing, all while ditching their line of construction work in the process. However, it is worth noting that the movie reintroduces us to these absurd characters through a ridiculously hilarious dream sequence involving cameos from Seann William Scott and Damon Wayans Jr. that comes across as the perfect tone-setting opening for anyone that missed out on Super Troopers. 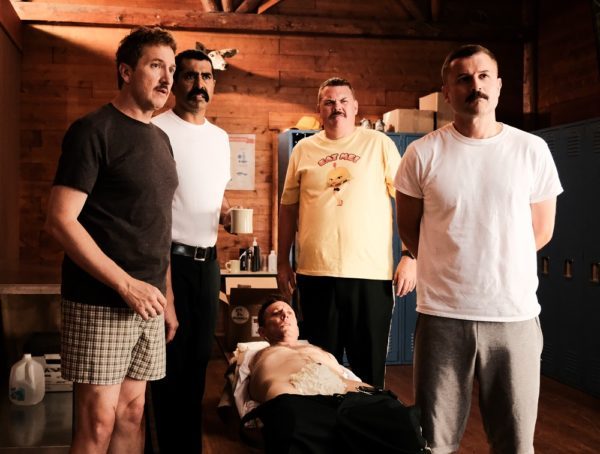 Of course, plenty of crass jokes and dialogue are to be expected, and while Super Troopers 2 is primarily centered on a rivalry between the familiar squad and some Canadian Mounties soon to be out of a job, using that rift to pepper the comedy with some zingers on both sides rooted in current events (Americans have a go at how high the Canadian drinking limit is while Canadians fire back lambasting the United States’ gun control issue and gross levels of obesity), the proceedings aren’t concerned with getting political or forcing social commentary down anyone’s throat. Everyone is here to have fun, and honestly, by largely ignoring heading down the preachy route the movie ends up speaking for itself on how working together against common enemies and in tandem for the same goals is the right way. Sure, the shenanigans (anyone that follows along with my reviews is aware I love using that word, and it feels fitting to mention as an aside that the first movie’s terrific restaurant scene is why) are once again humorously out-of-control, but no one wants to be like any of these people. At least, I strongly hope not.

The slapstick comedy is again over-the-top and cartoonish containing French-Canadian accidents so thickly delivered you would be forgiven for assuming it was South Park just listening to the conversations. And by the way, the Mounties, unfortunately, do not get as much screen time as the titular super troopers, but they (including some notable character actors such as Tyler Labine and Will Sasso) make the most of their focus, namely with a sidesplitting movie stealing extended exchange on the career of Danny DeVito. The fact that there is some Canadian hockey going on in the background only accentuates the silliness. Super Troopers 2 contains a climax featuring a straight-up hockey fight in the middle of nowhere, and it’s that kind of self-awareness and ability to lampoon everyone and everything in sight that is beneficial to the (screw it, I’m saying it twice in one review) shenanigans. 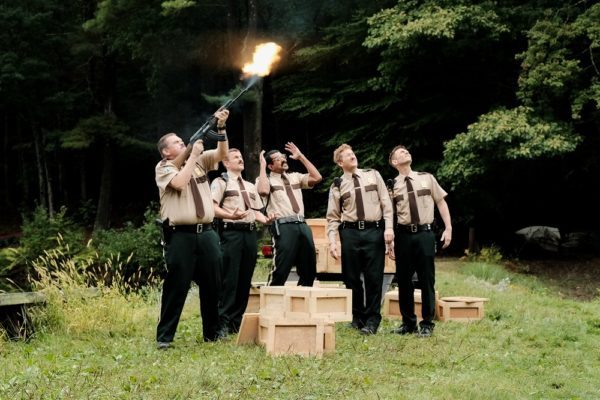 With that said, accounting for the current social climate, there are some moviegoers that will be unable to get on the same wavelength as the possibly offensive humor here. Nothing is off-limits; comedy is mined from a character that unknowingly takes female hormonal medication continuing to do so out of unexpected enjoyment, all resulting in some rather childish but funny physical transformations), the women are nonexistent and add nothing to the experience (there are a number of third act twists here that feel half-hearted in their efforts to correct this, but really, Emmanuelle Chriqui’s presence all comes down to a bet over who will bone her first). None of that sounds very progressive, but not everything needs to be, and the movie is too damn funny riding on seemingly speed-induced levels of energy (the jokes may not always land but our relentlessly dished out) to get up in arms about.

The only other issue is that the plot, while crowd-pleasing, is fairly predictable and conventional, filled with a number of callbacks and references to the first movie. Frequently, it can feel like it’s following a similar formula and even indulging in repeating a few jokes (meow), but the shenanigans (yes, a third time) also feel like more of a good thing. By the time Farva is paralyzed from drugs rolling around a mall on a motorized scooter, it becomes clear that a sequel is more than welcome, although Super Troopers 2 is consistently hilarious throughout.