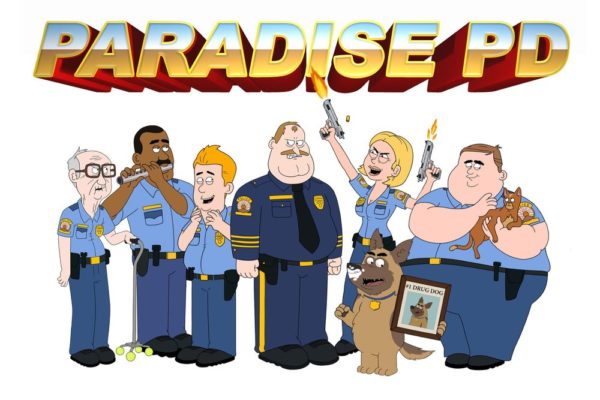 Netflix has announced that it has given a ten-episode order to Paradise, P.D., a new adult animated series from Waco O’Guin and Roger Black, the creators of Brickleberry.

The show revolves around a small town police department, with a logline that reads: “They’re bad cops. Not bad like no-nonsense. Not bad like cool. Bad like shitty. Paradise PD: They’re the worst responders.”