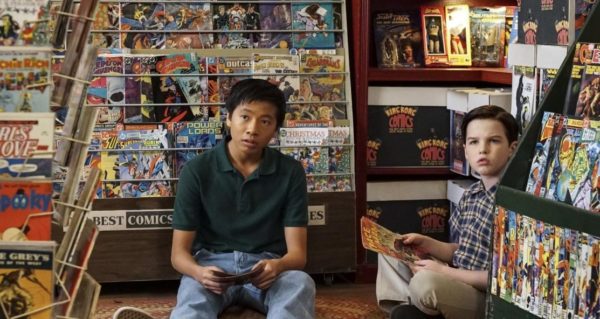 Young Sheldon is increasingly about the little things. Comic asides, chuck away one liners between characters and risqué moments which enrich rather than diminish any Sheldon centric situation. Perry and Armitage take great pleasure in stealing many of the best lines, while the latter proves his timing is impeccable when it comes to providing belly laughs this week.

What Molaro and Lorre broach here with no little skill and quality content is the merging of comic book royalty and a fictional geek for all seasons. Taking their cue from Watchmen both a landmark graphic novel and political call to arms these writers have shown sit-com bravery by employing it to promote debate. Putting an indisputable work of religious doctrine up against an extremely adult social commentary piece is dicey stuff, even if the argument comes from a child. In terms of challenging conventional thinking on religion, questioning long held beliefs or trying to do something outside the box, it could be said that they have succeeded. 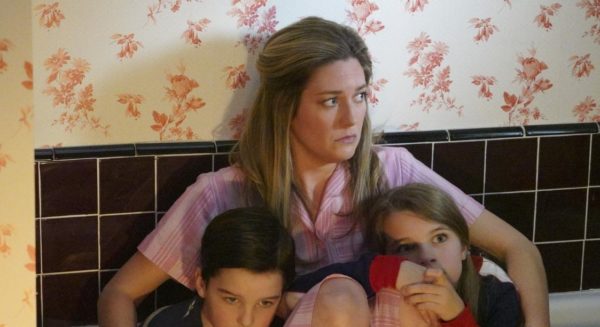 Put simply they have had fun poking a stick at organised religion whilst giving us another succinct lesson in growing up Sheldon Cooper style. There is a little nod to Big Bang mixed in there and moments which are less about dialogue and more about reaction. Those little things I mentioned earlier are nods to those adults still in the room when Young Sheldon starts. Older and younger siblings George junior and Missy also get some good lines and deliver consistent sarcasm without over egging the pudding.

As you would expect the emotional Mexican stand-off which a majority of this episode revolves around is scuppered by an act of God, which seems quite apt considering the subtext. Such is the structure of Young Sheldon however, that a cliché is forgiven once in a while when invention and adult humour remains so abundantly below young radars. As we reach the final four weeks of this opening season it seems appropriate to evaluate what some might consider ground breaking. There were so many things which could have potentially gone belly up on this show. Casting, initial interest, badly judged structure and finally casting again. Mentioned twice in this instance because it remains the linchpin upon which the whole enterprise succeeds or fails. Come Emmy nominations it might be wise to invent an ensemble award because these actors all deserve recognition.