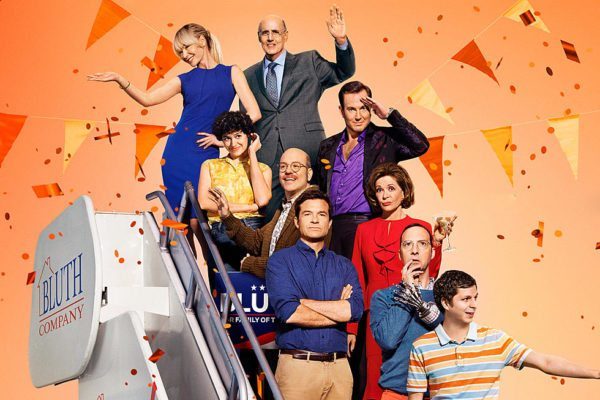 Some shows (like The Simpsons) carry on well past their prime, some shows start off great but lose a little of their spark towards the end (like Friends and Frasier), but some shows have a short and sweet run, leaving behind a legacy of untarnished brilliance. Arrested Development used to be one of those shows, until they made a huge mistake by bringing it back on Netflix for an experimental fourth season. I cannot describe the heartbreak and disappointment I felt watching a show that used to be a masterclass in writing, acting and editing, devolve into something that was now unfocused, unnecessary and unfunny. It was like the writers came up with a list of all the reasons why the show used to work so well and then made a conscious decision to ignore them all, chief among them being that they decided to have each episode focus primarily on one character, forgetting that the show was supposed to be an ensemble comedy.

Season four has its supporters, but even most of them admitted that they missed the chemistry and interaction between the actors, which was a huge part of what originally made the show so entertaining. Budget and schedule difficulties were factors in the decision behind the change in format, but the creators also said they wanted to use the season to experiment with a new form of comedy and storytelling. However, when creator Mitch Hurwitz announced the new ‘remixed’ season four, he acknowledged that to many people this was like asking them to eat some bacon, followed by some toast and a tomato and then imagine that they’d eaten a BLT – I would use less delicious ingredients in my version of that analogy, but it’s essentially correct. I’m all for people using digital streaming services to create new and experimental shows, just don’t tarnish the reputation of a show I hold dear by changing everything about it that worked perfectly before.

Despite Hurwitz’s claim that season four was remixed into network-friendly 22-minute long episodes to improve its chances of being syndicated in the future, I believe it was done to appease detractors like me and to drum up hype for the upcoming fifth season. Since I wanted so badly to find something to like about season four, I gave the remixed version a chance, but as it turns out, remixing isn’t fixing. Whilst watching it I was reminded of that bit in This Is The End where Seth Rogen tries to fix a crack in concrete by sticking a single pathetic strip of duct tape over it. And speaking of Seth Rogen, when I watched the original version of season four back in 2014, his appearance in the opening scene was the first red flag that the show had lost its touch – in the original three seasons, whenever there was a flashback to a much younger George Snr. or Lucille they would just put a purposely bad wig on the Jeffery Tambor or Jessica Walter, rather than a bad Kirsten Wiig (that pun right there – better than the average season four joke). 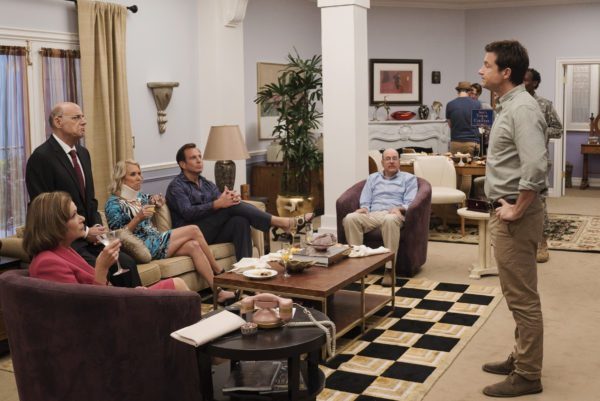 I know that may seem like a minor thing to complain about, but there were lots of other wonderful little touches that they abandoned in season four (like how the characters used to cover their mouths whenever they swore, despite the fact it was always bleeped out anyway), but the main problem with making a fourth season at all was evident from the new opening titles – this used to be a show about Michael Bluth, a decent and sensible guy doing his best to keep his stupid and selfish family together. By removing him as they main character the show lost its grounding and focus – now they were all off doing their own separate stupid and selfish stuff, and he was no different from them. The original three seasons always had the characters off doing their own zany subplots, but the series as a whole always felt focused because they all gravitated either around Michael, the model house, the Bluth Company, or George Snr’s ongoing trial. And season three achieved the impossible by wrapping things up so perfectly, and bringing so many story threads to a close – such as George beating the treason charges, finding out that Lindsay was adopted and finding out that Annyong was the one who betrayed them all and why.

The problem with reviving something that told a completed story is you either need to make the new addition feel like it was always intended to part of a whole (this is something that the Toy Story trilogy and the Before Trilogy achieved spectacularly), or you need to start a new overarching storyline that is as clever, funny and engaging as the last one. Since season four had all the characters doing their own separate thing, we don’t find out what that unifying storyline until right at the end, and sadly, now matter what version of the journey you take to get there, the ‘Who Killed Lucille 2′ mystery just isn’t very interesting (and since the trailer for the upcoming fifth season makes no mention of it, I’m wondering if they’re going to abandon that plot thread altogether).

Remixing the episodes (i.e. having a couple of characters’ stories now run parallel per episode) does improve their pace slightly, but all they’ve really done is recorded some new Ron Howard narration to link the scenes, it isn’t long before the technique they’ve used becomes apparent and tiresome – he basically says a hundred variations of“while so-and-so was doing something, so-and-so was reverse-wordplay-on-that-something”. The result is you can never quite forget that they’re trying to present this material as if this was how they intended it from the start when you know it isn’t – there was one particularly painful moment when it was clear there was no way the writers could link the two scenes in a way that worked organically, so they just had Ron say something that rhymed (“while Buster was eating pie, George Snr. was flying high). All this does is prove the point that editing cannot fix something that was badly written in the first place, which brings us on to the individual stories themselves… 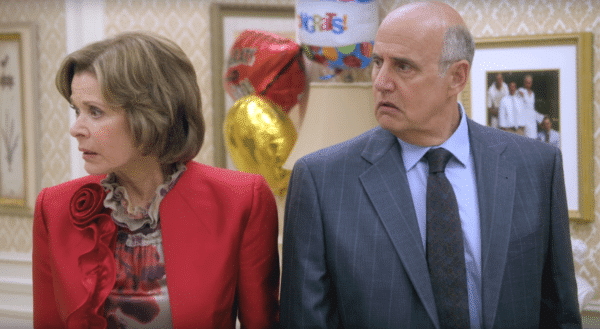 Even though a couple of the characters’ stories have comedic potential (such as Buster getting a big hand, Lucille going to jail, Tobias doing a musical version of ‘Fantastic Four’), it makes it all the more sad watching the others which don’t work at all – George Snr’s Trump-esuqe plan of building a wall between the US and Mexico may have proven eerily prescient but it still isn’t funny, Ron Howard’s appearance as himself reaches Ocean’s Twelve-levels of meta-cringe, and Gob apparently falling in love with Tony Wonder is just painful. Something that doesn’t help is the fact that not one of the new supporting characters in season four is likeable or funny – the sweat lodge groupies and the Methadone clinic addicts are particularly dull. There’s no new Maggie Lizer or Rita Leeds to enjoy, and when a supporting character from the original run does appear up for a cameo (like Pastor Veal or Doctor Wordsmith) the momentary rush of nostalgia fades when you realise they’re not going to put those characters to good use.

Sadly however, it’s the main cast that come off the worst. I know that characters can evolve over the course of a show, but several characters in season four changed completely, and not for the better – Michael is now clueless and horrible and George Michael is no longer sweet (which could be why Jason Bateman and Michael Cera look deeply uncomfortable, even ill, in most of their episodes). Most of the rest of the cast have lost their spark too, but this is nearly always the case when a show goes away for a long time, and to be fair, even the greatest comedic actors in the world couldn’t make this material shine. The whole experience is like watching a band who were effortlessly great when they’re young now struggling to reach the notes.

It used to be that it was only in cinema where old ideas and franchises were shamelessly rehashed, but sadly this practice is now becoming more and more common with television comedy. I will watch season five when it arrives on Netflix at the end of the month, but I will approach it with the same sense of hesitation and lowered expectations that Star Wars fans who felt burned by The Phantom Menace must have felt when they bought their tickets for Attack of the Clones.