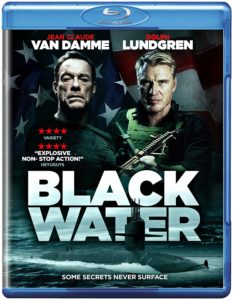 An undercover operative wakes up on board a submarine that officially does not exist. 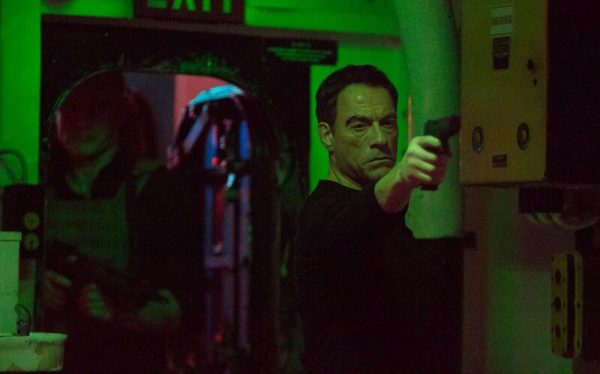 Black Water sees two of the world’s greatest ever action movie stars teaming up to fight wave after wave of goons, dodge an infinite number of bullets and try to escape the from… wait for it… a submarine – what a time to be alive! Alright, those two action stars are Jean-Claude Van Damme (Kickboxer/Death Warrant) and Dolph Lundgren (Red Scorpion/Rocky IV) who have appeared together in quite a few movies now and, with all due respect, are slightly past their peak when it comes to performing fight scenes and stunts, as is evident here. However, Black Water does bring back the tried-and-tested ‘Die Hard in a…’ formula, albeit in budget form, that proved popular back when the Die Hard movies were good, and so if nothing else the film has the air of tapping into past glories about it and for audiences of a certain age that is no bad thing, right?

Well, not in theory but the biggest problem with Black Water is that whilst it is competently put together and is nicely shot – director Pasha Patriki comes from a cinematography background – it just does not have the budget to convincingly pull off what it wants to do, and that is to immerse you in a claustrophobic environment for a tense game of cat-and-mouse for 105 minutes. The submarine location forms the basis of most of the action and unless it is based on some sort of top-secret CIA Tardis sub then somebody got their dimensions very wrong as the inside of this particular vessel is extremely cavernous and dimly lit like the set of a BBC sci-fi series. Also, the CGI establishing shots of the submarine gliding through the ocean are straight out of a cut-scene from a PS2 game circa 2003, which takes away somewhat from the beautiful aerial shots that Pasha Patriki peppers throughout. 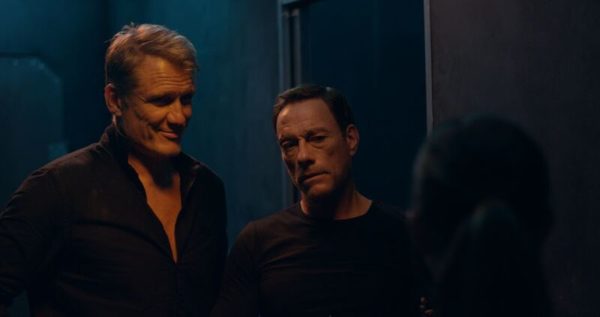 And so with cheap-looking sets and minimal geographical logic Black Water needs to rely on a script that both lead actors can deliver. Let’s be honest, nobody is coming to this movie expecting Bond-level story and sub-plots, and whilst Black Water does try and make itself appear a little more intelligently complex than it actually is, replacing the microfilms and floppy discs of yesteryear with a dongle (as it is constantly referred to), the details of the plot itself are very murky and result in you having to fall back on genre tropes and familiarity to see you through when the bullets aren’t flying.

But whilst objectively Black Water has more than a few flaws it does have some positives. Seeing JCVD and Dolph Lundgren kitting up and stalking their way through a submarine may appear more like two old men about to head out for a fishing trip – albeit one with guns – but it does tickle the nostalgic sweet spot that recalls both actors’ earlier movies, and whilst JCVD looks tired and haggard and doesn’t really get to show off many of his fighting moves it is Lundgren who provides the charm and charisma, making you wish he was in the film more than he actually is (and, if truth be told, doesn’t really need to be as his character feels like he was added in as an afterthought). But Dolph is not a romantic lead and so he doesn’t get to kiss the ladies and have the love scenes, which leaves JCVD who is also not a romantic lead but as he is not as hulking as Lundgren he gets to play the part of the hero and bed the stunning CIA agent who is clearly about 30 years his junior and as convincing a CIA agent as Tanya Roberts was a geologist in A View to a Kill, another movie where we had to accept a craggy-faced man approaching pension age could seduce beautiful career women young enough to be his daughter. 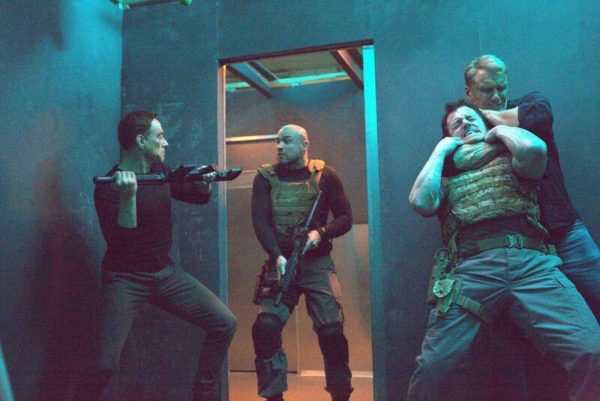 It goes without saying that Black Water is hardly a high point in either lead actors’ catalogue of work but when put up against any non-Expendables related movies from their recent filmographies it is probably one of the most enjoyable, especially if you’re a long-time fan hankering for the days of muscle men shooting guns and slashing throats without feeling the need to delve into their psyche. For added ‘80/‘90s action kudos Patrick Kilpatrick (Death Warrant) co-stars as a tough-as-nails CIA agent and whilst the whole ‘Die Hard in a…’ thing is, at best, flimsy and ultimately reminds you of better action movies, Black Water does provide a fairly entertaining escape from real life for a while but possibly not one that will stand up to repeated viewings.