Villordsutch chats with Bill Harbison about his career in gaming…

Bill Harbison has been in the gaming business now for three decades plus.  Cutting his teeth on the ZX Spectrum over at Ocean Software he delivered some truly outstanding pieces of artwork of the rubber-keyed wonder.  Now with a client list including SEGA, the BBC and Nintendo, Villordsutch has managed to get a few words from him about his impressive career in the gaming business.

Bill Harbison: After leaving school I was preparing to go to Glasgow School of Art so my portfolio mainly contained tight pencil sketches and paintings. I had already had an interview in Carlisle and been accepted but I didn’t want to move so far from home then ironically ended up moving to Manchester to work at Ocean. I specialised in portraits but I also enjoyed cartooning and caricatures which is why I was drawn to computer games and the characters they contained.

V: Your computing career as a graphic artist appears to start in 1988 with graphics for a number of titles including W.E.C. Le Mans, Daley Thompson’s Olympic Challenge and a truly fantastic loading screen for Robocop.  Are there any uncredited pieces of W.H. art out there that we – the gamers of old – don’t know about?

BH: In the early days at Ocean I was like the odd-job man which meant that if any loading screens or graphics mock-ups were needed for covertapes etc. Gary would always come to me. In fact I recently found one that I had done for a Sinclair User covertape of Typhoon which I vaguely remembered doing but it was good to rediscover it. 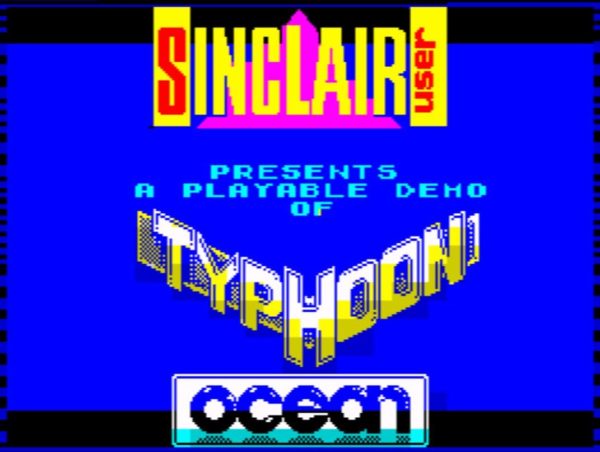 An early Bill Harbison. Asked for and created in one afternoon for Sinclair User.

V: Speaking of early pieces of work, how did you end up in graphic art?  Where you generating images on the ZX81, then the humble Speccy, and you realised that you had a talent or two?  Or did you see some loading screens from artists like F. David Thorpe and think, ‘I could do that’?

BH: I owned a ZX81 but didn’t really do much with it except for learn a little about BASIC. I started doing computer graphics when I had a ZX Spectrum, firstly drawing user-defined graphics e.g. sprites and then after buying The Artist 2 I began drawing full colour hi-resolution images. I started by drawing Spectrum mockups of arcade games which looked pretty good and occasionally there would be an overlap with Spectrum versions of games released that I had mocked up weeks earlier. I’d get my friends over and show my mockups and the game screenshots side by side and they thought mine were better. So I decided to start sending tapes of my work to the companies advertising their titles in all the computer magazines.

I was torn between computer graphics work and attending Glasgow School of Art, the latter seemed old fashioned to me, charcoal and oil paints on canvas and paper; but the computer side felt more exciting. I’d seen the leap from the ZX81 to ZX Spectrum in a relatively short space of time and the possible leap into the future of the ZX Spectrum to the super colourful arcade machines that I was emulating. I was drawing on a canvas that was go to improve as time went on. That was exciting to me. 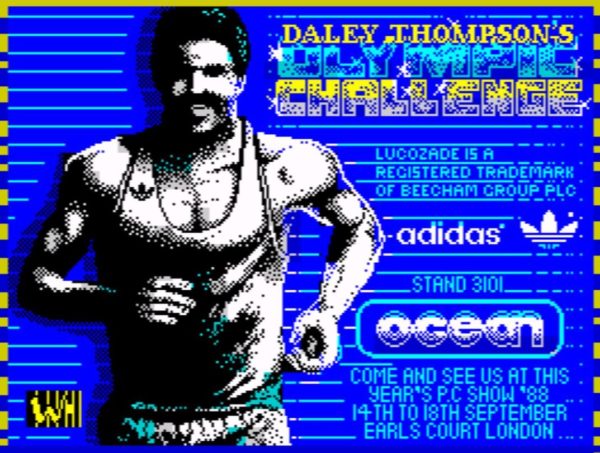 V: Working with the limited palette of the ZX Spectrum, do you ever look back at your work and think ‘How did I achieve that with ‘x’ K in RAM, limited colours and at the same time dodging colour clash?’?

BH: Not really because I still draw Spectrum graphics occasionally so I still remember the techniques of working round the attribute clash. The only thing I wonder about is how I did those loading screens just using the rubber keyboard! Who knew what a luxury a mouse was?

V : You recently brought to the ZX Spectrum Facebook groups, a reworked image of the RoboCop loading screen, due to it hitting its 30th Anniversary.  Was it odd returning to that classic to give it a new lick of paint? Did you have an concerns that the community may not take to kindly to your update?

BH: That was just a bit of fun. There were some issues with that image that I wanted to redress, I only did it for myself. I’m not really bothered if some people didn’t like it, I’m sure a lot of people didn’t like the original image. 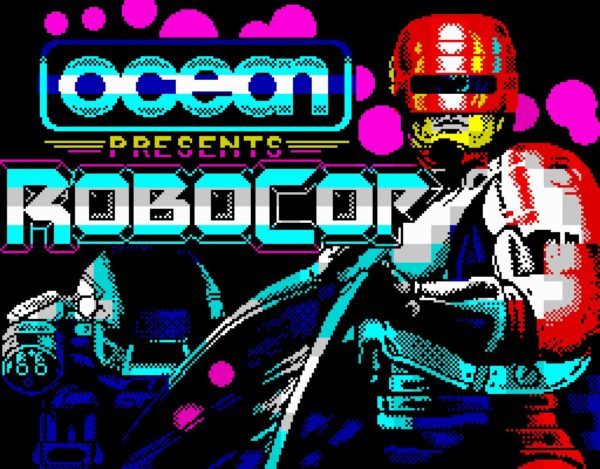 For the 30th Anniversary Bill updated his famous loading screen.

V: Looking at the games you’ve been involved in you last title seems to be Sonic & SEGA All Stars Racing back in 2010.  Have you officially hung up your gaming paintbrushes, or have you continued working in the industry, but quietly in the background?

BH: I’m not currently working in games as of this year, I’ve side-stepped over to engineering but I have worked solidly since 2010 for various companies. I’ve done a couple of titles for Sony, I worked on Runescape for 3 months and I’ve done many mobile games including titles for Cartoon Network and the BBC. 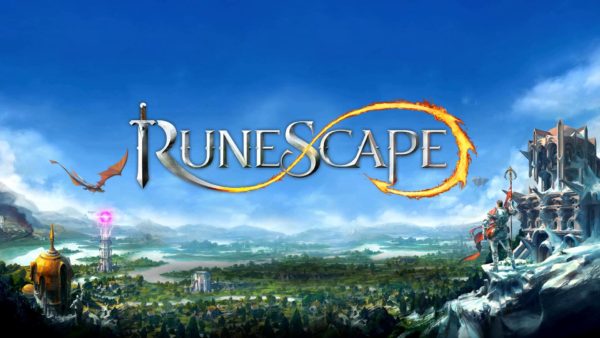 V: On the flipside of that, are you doing anything for yourself in the gaming business?  The homebrew scene – for the classic machines – is currently delivering some highly impressive titles.  Have you considered throwing your hat into the ring to develop a game or perhaps a collaboration with a current developer?

BH: I sometimes dip my toe into the homebrew scene, I dabble with videogame editors occasionally and learn new things but I’m not really a programmer and it frustrates me that I just don’t get it. I managed to make a very simple game completely on my own, graphics, programming and music. It’s a bit broken now due to HTML5 updates and I can’t fix it as I don’t have the files anymore. But you can still torture yourself with it at, sadly it doesn’t count your score anymore.  (Bill’s game Pocket Rocket is linked below – Villordsutch) 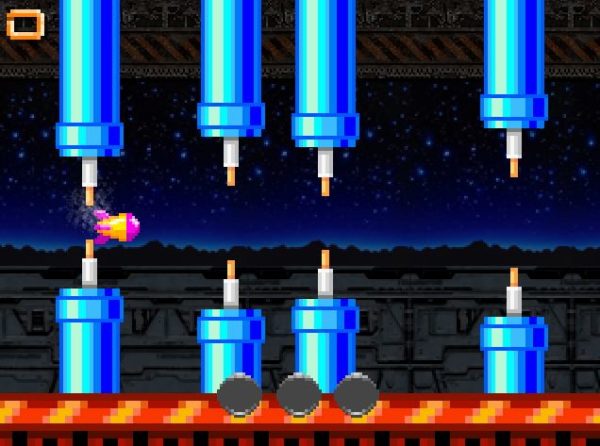 V: Finally Bill, are you still gaming?  Are you a next-generation player all the way or like myself your surrounded by machines from this century and the last?  Though, I’m be honest here, my ZX81 still holds pride of place.

BH: I’m still gaming, mainly PC and Nintendo (Switch and 3DS) but occasionally I will load up an emulator and play some old games that I either loved or missed at the time of their release.