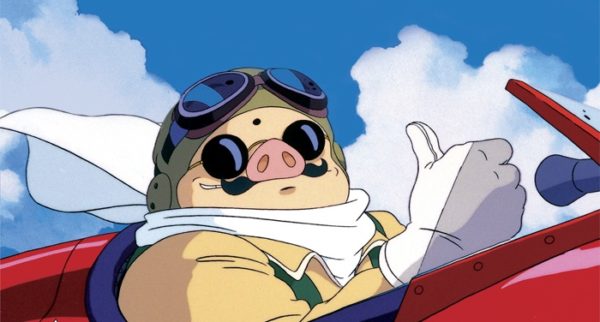 GKIDS and Fathom Events have announced that Studio Ghibli Fest will continue this month with the release of Hayao Miyazaki’s anime classic Porco Rosso, which will be playing in movie theaters across the United States for three days on May 20th, 21st and 23rd.

Porco Rosso is a world weary flying ace-turned-bounty-hunter, whose face has been transformed into that of a pig by a mysterious spell. When he infuriates a band of sky pirates with his heroics, the pirates hire Curtis, a hotshot American rival, to get rid of him. But with the help of the teenage girl Fio, an aspiring airplane designer, and sultry lounge singer named Gina, Porco takes to the skies for what may be his final high-flying showdown.

SEE ALSO: Why Hayao Miyazaki decided to come out of retirement

Tickets for Porco Rosso can be purchased online here, or by visiting participating theater box offices.