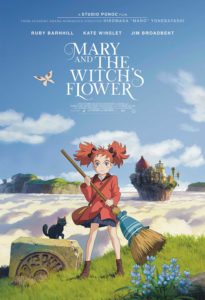 A girl bored of rural life finds herself transported to a school of magic when she picks an unusual flower in the woods. 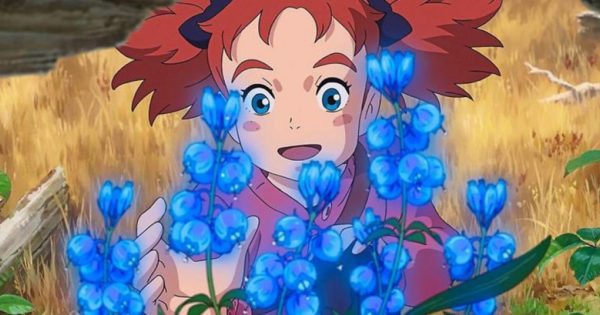 Since the closure of Studio Ghibli in 2014, the role of ‘Japanese Animation King’ has been vacant, though the brief demise of Ghibli is set to end with a new Hayao Miyazaki movie in the pipeline. Makoto Shinkai’s wildly ambitious and ferociously poignant Your Name staked its claim a few years ago and, now, fledgling animation house Studio Ponoc – founded by former Ghibli producer Yoshiaki Nishimura – has stepped up to the plate with Mary and the Witch’s Flower.

Ponoc’s debut feature, directed by Ghibli alumnus Hiromasa Yonebayashi (When Marnie Was There) is a beautifully realised fairytale that marries the real and the fantastical to produce something truly unique. The film’s visual palette is recognisably Japanese, but the mundane British countryside of the opening act, ported over from Mary Stewart’s 1971 source novel The Little Broomstick, has a Hovis advert feel that will be instantly identifiable to anyone from these shores.

It’s into this parochial mundanity we are thrust as the film begins, immediately following an action-packed, magical prologue. Mary, voiced in the English dub by Ruby Barnhill from Spielberg’s The BFG, is bouncing off the walls as she waits for school to begin. After meeting local boy Peter (Louis ‘Son of Andy’ Serkis), she follows his cats into a forest, where she comes across a vibrant, ethereal plant known as a fly-by-night. Soon after, she discovers a broomstick and finds herself transported into a magical realm – featuring a school of sorcery led by Madame Mumblechook (Kate Winslet) and Doctor Dee (Jim Broadbent). 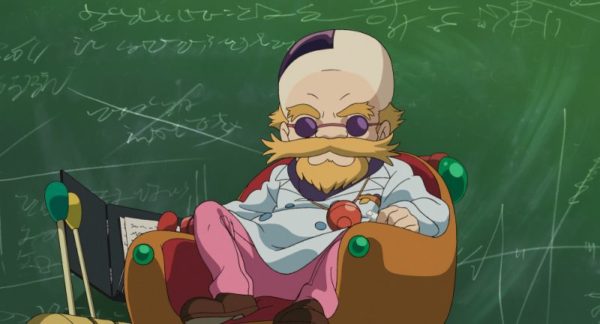 There’s a wild, adventurous feel to Mary and the Witch’s Flower that helps to make it immediately memorable, with Barnhill’s character sending us tumbling into a spell-binding, luminescent adventure. She is described as someone who is “meant to look twice before she leaps, but never looks at all” and the way she reacts with blind enthusiasm to everything is lovable in the extreme. Barnhill brings her wide-eyed joy from The BFG along for this one and is completely believable as a youngster starved for excitement during a particularly languid summer.

The supporting cast is packed with unusual and charming performances, from Ewen Bremner’s cat-like broomstick expert Flanagan to Jim Broadbent’s sinister Doctor Dee. The scientist is one of Broadbent’s weirder recent creations and sits somewhere between his Professor Slughorn in the Harry Potter franchise and antiques dealer Mr Gruber in the Paddington films. It’s a delightful performance and one that brings a dark edge to a world that could easily have felt a little too comfortable.

Mary and the Witch’s Flower is another vote of confidence for the post-Ghibli world of Japanese anime cinema. It might not reach the lofty heights of Your Name‘s transcendent beauty, but it’s an emotional and enthralling adventure with visual flourishes of supernatural beauty and a real sense of joy in its heart.