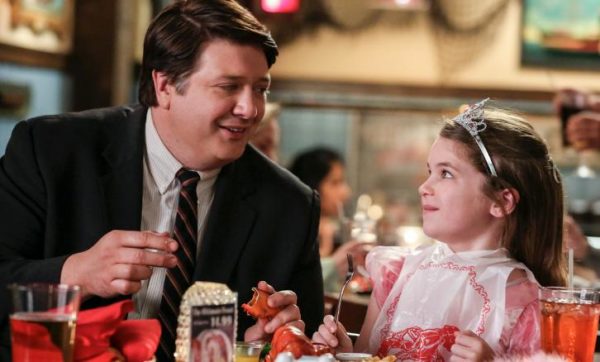 Montana Jordan and Raegan Revord have been overlooked in Young Sheldon. Not only a thought with acres of evidence but an assertion fully loaded with an array of examples listed A through F. That Chuck Lorre and company recognise this and use nineteen minutes to rectify matters; actually matters. Given time alone with their mother and father respectively both have opportunities to shine while Armitage takes a bad seat. Sheldon may still have his name over the door but he is not solely responsible for content.

Honest dramatic moments between Lance Barber and Revord feel both touching and real, while Jordan gets to play off Perry for comedic effect and give us some character insight. Wallace Shawn and Annie Potts have fun developing their burgeoning relationship, while gentle humour is extracted from awkward interactions, verbal misunderstandings and behavioural quirks. Wallace also bounces off a pre-possessed Armitage who continues showing his skill at playing the straight man in most situations. 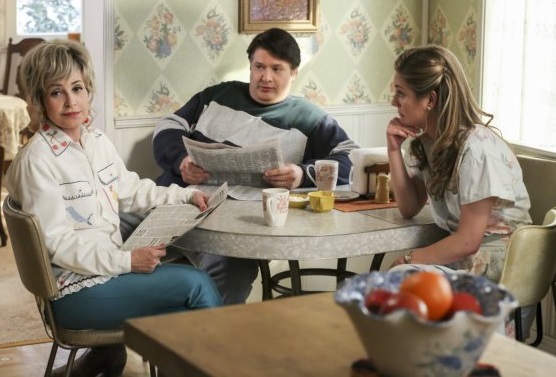 There are verbal Big Bang references for the observant and literal ones for everyone else. However what truly hits home week on week about this show is how well engineered everything is whilst still remaining spontaneous. Scripted yet delivered with timing Young Sheldon thrives on character moments, evolves with minimal effort and makes a point of doing it under your nose. Something which is almost impossible unless every single element is thought through and fully realised.

These characters are now becoming part of the furniture being both comfortable and accessible. With the introduction of Shawn last week Young Sheldon added another established character actor to a show yet to put a foot wrong. As they continue to develop these showrunners are aware that longevity in television rests on an ability to create built in character flaws. Whether through human interaction, unwarranted sarcasm or unintentionally comedic miscommunication, what Young Sheldon gives us is imperfection. Genius exists everywhere often misconstrued amongst the mundane in our everyday lives. What Young Sheldon teaches us in small ways is that even they can get things wrong.