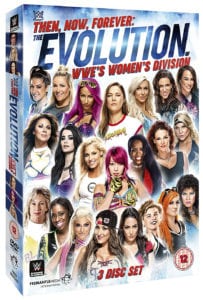 A varied and colourful collection of women’s wrestling matches, tracing WWE’s female competitors from the 1980s all the way to today’s Women’s Evolution, which has seen the current female roster make history on numerous occasions. 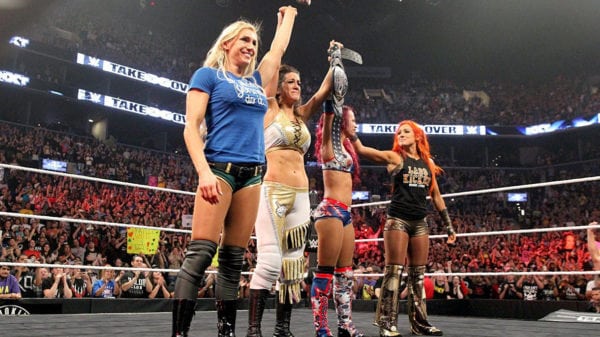 WWE is definitely in the grip of a ‘Women’s Evolution’. PR speak aside, the company has taken great strides over the last few years in order to put the focus on the most talented roster of women that has ever been signed to WWE. The dark days of Bra and Panties matches and mud wrestling bouts are way behind us, with women now competing inside the Hell in a Cell structure and smashing each other against ladders in Money in the Bank matches. We are in something of a golden age, but it’s definitely worth remembering exactly how we got there.

That’s the purpose of this three-disc set, which traces the entire history of women’s wrestling in WWE. The first match sees Wendi Richter unseat Fabulous Moolah as Women’s Champion in 1984 and the final match on the collection allows fans to revisit the in-ring debut of global superstar Ronda Rousey at WrestleMania earlier this year. It’s a compelling account of how far we have come, peppered with video packages shining the spotlight on the key women who have blazed a trail for their successors.

This collection is helped by the exemplary in-ring quality of the matches – particularly the most recent ones. The first disc traces decades of history, from the aforementioned Richter vs. Moolah clash all the way through to the NXT Women’s Championship match between Paige and Emma at NXT Arrival, often referred to as the start of what would eventually become the Divas Revolution and then the Women’s Evolution. This works as a whistlestop tour through the history of women’s wrestling, though it does lack focus on some crucial figures. Chyna is conspicuous by her relative absence. She’s only seen once, and that’s in a match focused around an Ivory video package, rather than the Ninth Wonder of the World herself. 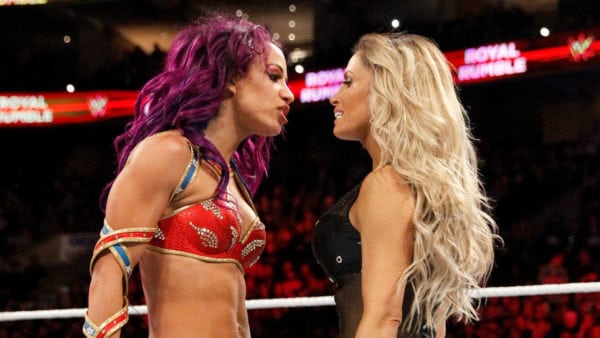 The disc comes alive, though, when we get into the modern wave of enthusiasm for women’s wrestling. It’s clear that this prominence is so important and emotional for the women involved. Natalya cries her way through her introductory package, while Bayley can hardly even start speaking through her tears. No one could watch this and come away with anything other than enormous respect for the women featured in the collection.

If there’s a drawback to the way WWE has framed this disc, it’s that the focus is always on matches that made history rather than the best ones. For example, the Bayley vs. Sasha Banks feud is represented by their 30-Minute Iron Man bout, rather than their all-time classic at NXT TakeOver: Brooklyn. The same is true of Banks’s feud with Charlotte Flair, where a number of in-ring delights are passed over in favour of their first time ever meeting inside Hell in a Cell in 2016. It’s tough to quibble too much, though, as those matches are fantastic as well.

That’s the overriding feeling that permeates through this collection. Women’s wrestling is as good as it has ever been and this works as historic record for how we have got to this point, complete with tonnes of highlights and memorable moments. There’s nostalgic looks at the past, reminders of recent successes and a note of hope at the end. At the present time, women’s wrestling is shining brightly, but the future will be even brighter.