In the dystopian future world that AMC’s Into the Badlands encompasses, there is a lot going on to say the least. The glorious action scenes made up of kicks, punches, slicing, dicing and neck-snapping are definitely a highlight of the show, especially if you are a fan of martial arts, but another element that stands out are the character’s costumes designed by Giovanni Lipari. Because the show takes place in a world that has been through a succession of catastrophes now driven back to the agrarian era, it really allowed Lipari to start with a blank canvas, costume wise. With no standard perimeters to abide by, he has experimented with vibrant colors, textures and layers with which fans and critics have grown to praise today through Con and Halloween costume recreations. Currently halfway through Season 3, we spoke exclusively to Lipari about new characters such as Cressida, how he makes costumes that function properly during the martial arts sequences and more. Read the full interview below. 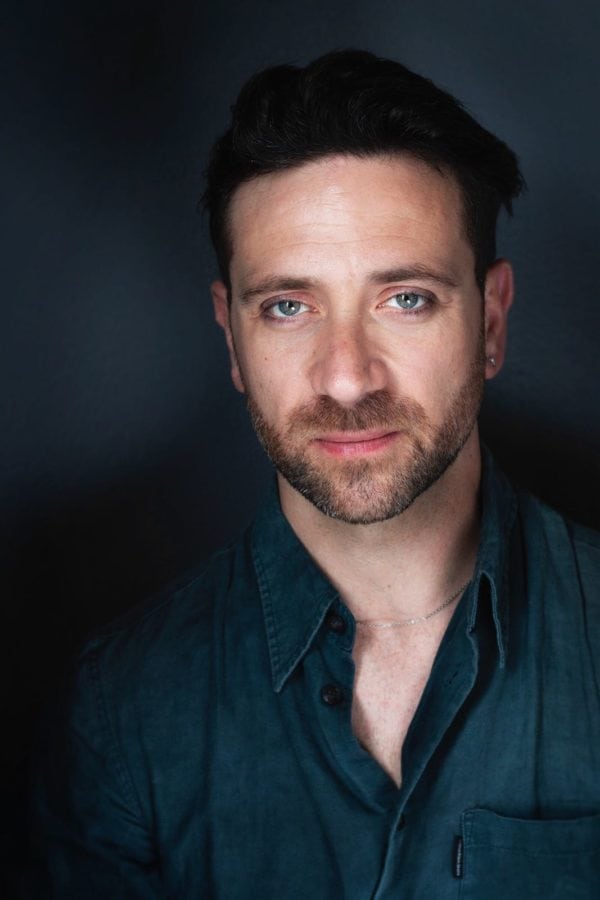 Can you tell us how you got involved with Into the Badlands?

I have worked with Karen Richards (Ex. Producer) for many years on The Borgias and then Penny Dreadful, as assistant costumer designer to Gabriella Pescucci. When it came to filling the position of Costumer Designer and Gabriella was not available, Karen thankfully believed in me and put me forward as an option to Miles Millar (Show Runner). After discussing my creative vision with Miles, he invested in me also and I began designing for the show immediately.

How would you describe your costumes for the show?

At the beginning of a show like this, the challenge is to create an entirely new world from scratch but also to create within the concept boundaries set out by the Show Runner. So along with the Production Designer, DOP and other creative teams, The Costume Designer has to take that concept and establish that world visually. I feel the responsibility in my designs to understand those creative parameters I must work within, which ensures each costume acts as another piece of the puzzle that brings the Badlands world to life for the viewer. Searching for a style or a combination of few, along with the color palette and texture makes one receipt different than the other, and so the show can go on with a system.

Is there one character that is more fun to dress than the others? If so, why?

Because there is so much martial arts in the show, it must become difficult to design clothes that look a certain way but are very functional too. Does that ever become an issue?

This aspect of the costume design was one of the main challenges; how to hide or incorporate what I call the “movement allowance”. It really changed the whole perspective of designing these costumes. Luckily I had previous experience working in ballet and theatre, so I was drawing from that experience regularly. I also got a lot of help from Daniel Wu who understood the necessity for freedom of movement in fight scenes and was able to give great feedback and insight into that. It ultimately created an evolution in my design process from Season 2 to Season 3. During Season 2, it was more about how to hide these design features, covering over elastic materials etc. However, in Season 3 I started to incorporate those materials into the designs themselves.

What’s the best part of working on Into the Badlands?

As a creative head, I believe this show has given me a truly unique experience that is rare amongst my peers; being encouraged to go over the top, using colors, shapes and textures that are normally seen as too outrageous. In order to achieve these results I had to go through a process of actually forcing myself to exercise that freedom. I often started out with really loud coloured garments and even after breaking them down in the aging process, they could still look somewhat “wrong” but despite that, once they were on set and seen in context, they were perfectly tuned in with the Badlands world. So it was really enjoyable to shake off the instinctive aversion to extreme colours and shapes, to go beyond my intuition and beyond anything I’ve experienced before.

When a new character arrives, such as Cressida in Season 3, where do you first start with designing their look?

After the first two seasons had established the Badlands aesthetic, I believed we had created a safe bubble within which there would be little or no elements of surprise to come. And then Cressida and the pilgrims were introduced, which breached those usual boundaries and created a brand new challenge. The usual palettes I had become accustomed to for the various groups of characters no longer applied, as the pilgrims are an ancient eclectic tribe with a rich culture and their attire forms a pastiche of all of the known Badlands cultures. The design for Cressida needed to be the shining example of the rich layers the pilgrims represent; their nobility, power and religious beliefs. Miles and I did a lot of work on refining and adjusting Cressida’s look and ultimately, Lorraine embraced her look and brought the costumes to life.

You worked alongside Oscar and Emmy winning costume designer Gabriella Pescucci on Penny Dreadful. The costumes on both shows is very different, was it hard to make that transition?

I’m very grateful for this question because it gives me the opportunity to mention my mentor, Gabriella who I worked with for so many years and learned so much from. The transition was indeed difficult, for the obvious reason of changing so dramatically from one genre to another. The experience I had with Gabriella on Penny Dreadful and The Borgias was one of using very old and wonderful concept designing, whereby you trawl through history books and then with skill, recreate new and fresh takes. For this project I had to leave the history books behind and use any available source for building references that could be applied to the Badlands world. It was difficult to find the style for the show, but once I had achieved that, I adopted and used the same system Gabriella taught me of translating these images into costumes.

Our thanks to Giovanni Lipari for taking the time for this interview.