It looks like we’ll see at least one familiar face from the Men in Black franchise in the series’ spin-off starring Thor: Ragnarok‘s Chris Hemsworth and Tessa Thompson. The Hollywood Reporter has revealed Academy Award winner Emma Thompson will reprise her Men in Black 3 role as Agent O, the leader of the secret organization. 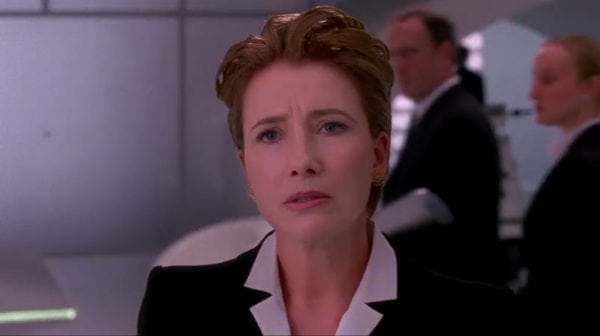 Thompson’s Agent O assumed the leadership role after the death of Z, reflecting the real life passing of Z actor Rip Torn. She was also played by Alice Eve (Star Trek Into Darkness) as a younger version of the character in the 60s timeline.

Joining Hemsworth and the two Thompsons is Liam Neeson (Taken), Kumail Nanjiani (The Big Sick) and Rafe Spall (Jurassic World: Fallen Kingdom) as well as Laurent Nicolas Bourgeois and Larry Nicolas Bourgeois, a street dancing duo known as the Les Twins. Filming on Men in Black will begin later this month in London.

Plot details are unknown, but it is expected to remain in the same world the three previous films set up and will be an adventure spanning the globe rather than just one city. Fate of the Furious‘ F. Gary Gray is directing the spin-off from a script by Matt Holloway and Art Marcum (Iron Man).