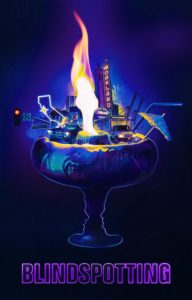 Lifelong friends Daveed Diggs and Rafael Casal co-wrote and star in this timely and wildly entertaining story about the intersection of race and class, set against the backdrop of a rapidly gentrifying Oakland. 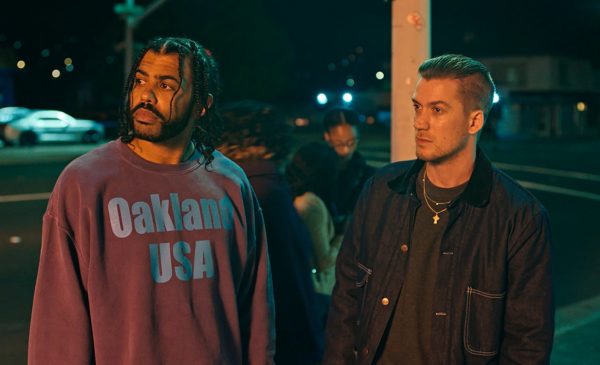 There are more incredibly defined layers to the characters and thematic takeaways in Blindspotting than the human mind can process in a single viewing. Equally impressive is how skilled despite being unfamiliar the people behind the camera are at making movies; director Carlos López Estrada is a shorts veteran injecting modern-day hip-hop sensibilities and artistic style to an already captivating script from lifelong friends Daveed Diggs and Rafael Casal, which they have been writing for 10 years now. In many ways, it’s terrifying that they didn’t have to change much over time considering that the subject material is more socially and culturally relevant than ever, often at the forefront of news cycles and inescapable from a discussion.

Pulling double duty, Diggs and Casal also use their history as tight friends and life experiences from those around them growing up in the bay area of Oakland (likewise, the film is also set there complete with a smooth soundtrack from resident musicians) to portray composite characters that are a pair of movers navigating tension within their friendship, the effects of gentrification on an urban community, unacceptable police brutality, racial conflicts, both dealing with an identity crisis. Furthermore, given the current political landscape, there are films slowly emerging that deal with these complex issues, but none of them do it as authentic as the escalating intensity on display here. 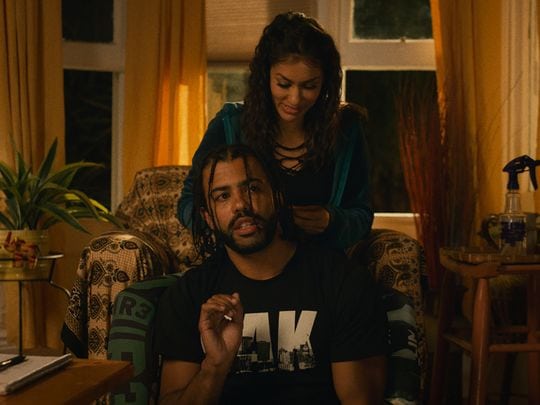 Collin (Diggs) is currently living in a halfway house serving the final three days of his year-long probation for an unspecified crime (the details are revealed to the audience in a rather convenient but amusing segment during the middle portion of the movie, but rest assured he is a likable guy with much productivity to offer society), although his approaching freedom is hurled into jeopardy when he witnesses a trigger-happy police officer gun down a black man on the run. Naturally, the imagery ceases to leave his mind going as far to haunt him in nightmares (one of the most inspired sequences in an experience that takes more chances than you might assume to head down an abstract route), and by extension, we become unsettled.

In the middle of this unexpected chaos are two gravitational forces pulling Collin in polar opposite directions; a path of betterment both physically and mentally in the form of his former girlfriend Val (Janina Gavankar), and his well-meaning but troubled and hotheaded best friend since childhood Miles (Rafael Casal). Not only is this where the advantage of real-life chemistry comes into play, but these two individuals are, as previously mentioned, beyond complex. It also helps that the women are more than eye candy with no personality; they are trying to reign in the unsavory qualities of these men, encouraging the best in them to come out but are also not afraid to bring down a harsh reality check. 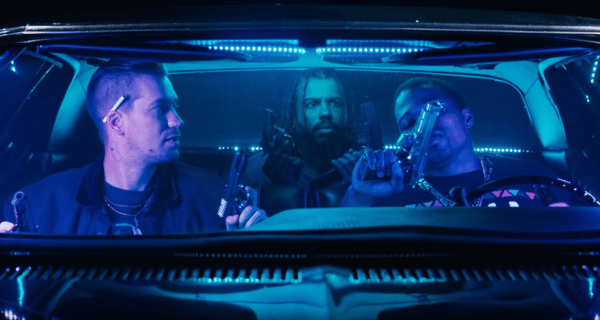 One of the wisest creative decisions regarding the production of Blindspotting is that, oddly enough, it is just as much a comedy as it is a relevant drama about important issues that will undoubtably spread the central themes at hand; the aforementioned gentrification aspects have lighthearted humorous moments involving Miles frustrated over healthier eating all while trying to sell off as much leftover junk from homes as possible to come up with the funds to send his young child to the best school possible, while Collin finds himself in a situation that messes up his slick dreads, both of which add to the bromance between the two.

It’s not so much softening the blow of the inevitable raw and upsetting moments the script has in store, but making these people feel real so that we stronger empathize with their problems. Blindspotting also blindsides the audience, using the laughs from Miles’ antics without much context of how much of a psychopath he can really be when not in his right mind, meaning that when the curtain is pulled back we see a different perspective. When you make a movie called Blindspotting and the first reaction following the credits is “man, I can’t wait to watch that again knowing everything I now know about these characters”, it’s the sign of maximum realize potential. 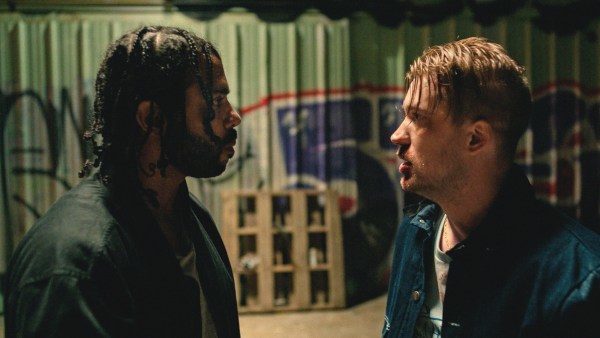 The only real misstep (and this is more of a personal gripe than anything, as during a post-film Q&A the writers/actors thematically justified its purpose) is the ending. To be more specific, the movie goes on for one scene too long with an epilogue containing an act that, for as traumatized as Collin is, doesn’t seem like something he would likely do. Blindspotting already builds to quite a few nuclear confrontations touching on everything from the usage of the N-word, irresponsible gun ownership behavior, to the real reason Miles is always so quick to get directly in people’s faces, eventually reaching a perfect ending point although one that would admittedly be somewhat ambiguous.

Still, Blindspotting is thoughtfully ambitious filmmaking stuffed with lessons and eye-opening insight. There’s a scene where Collin is casually walking through the night (every morning he goes for a run which is juxtaposed with imagery of the murder he witnessed, expanding on his trauma) and the police turn on their headlights as if they are about to pull up and approach him. He’s done nothing wrong, surely he won’t die… but there’s also a voice in the back of your head reminding you that this is America. Blindspotting is one of the best movies of the year (I’m genuinely stunned that Lionsgate isn’t saving its release for awards season, as it is both an outstanding film and the type of picture Academy voters would and still might celebrate), it’s also the perfect companion piece to Donald Glover’s universally praised new song taking the country by storm.