Back in 1983 the brothers Tim & Chris Stamper released, via their enigmatic software house Ultimate Play the Game, Jetpac for the ZX Spectrum.  This groundbreaking game was both ever-so-simple to pick up and unbelievably difficult to turn off, it also let all fellow Spectrum programmers know what the Speccy could actually do with 16K of RAM, a lot more than a few lines of poor BASIC and tone deaf BEEP’s.  Now some thirty-five years later Bukster – of Bukster Games – has converted this classic title onto the Sinclair ZX81, a machine two years older than the original game itself. 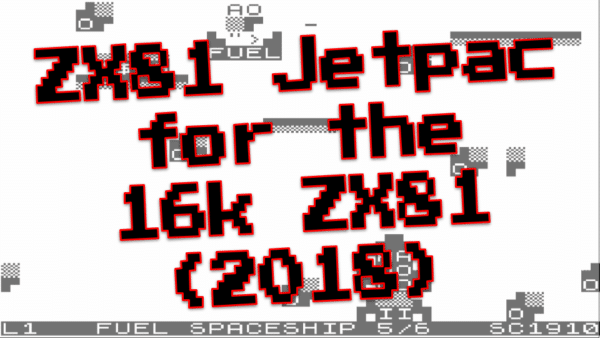 Bukster is no stranger to the ZX81 scene having already delivered the punishingly fantastic Masada Class back in the 1990’s, but now firing up his 16K wonder and bringing with it a gaming classic he’s making sure that this return to the scene isn’t going unnoticed. 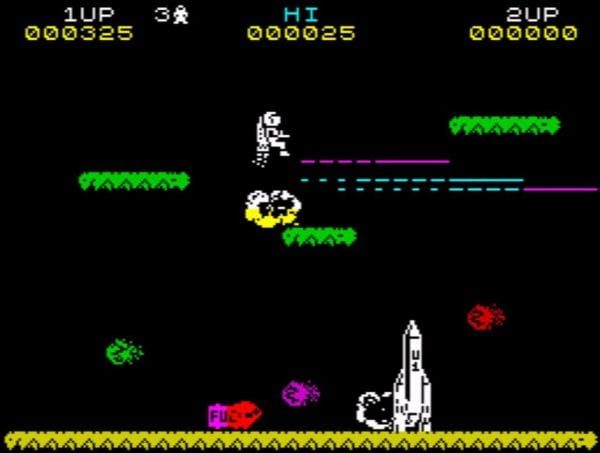 Honouring the great machine, ZX81 Jetpac stays true to its roots by keeping the look of the game set to the ZX81’s basic graphic set and also – when needed – making use of any alpha or numeric characters to fill in the blanks.  This isn’t a world of 8-bit graphics, nor has Bukster implemented any Pseudo Hi-Res to add any extra pazzazz, nope this is blocks, letters and numbers.  It looks truly magnificent, knowing the amount of imagination and thought that has gone into not only creating the look of the game, but to also animate it as well just using the basic graphic set. 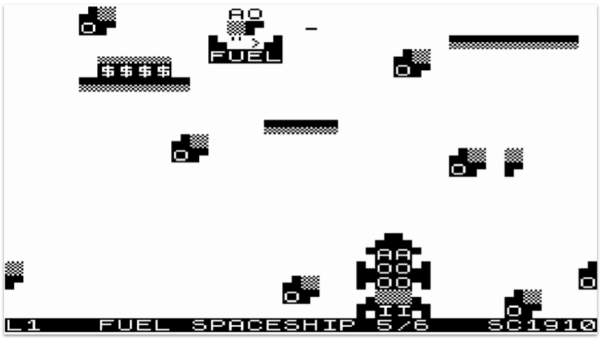 Programmed in machine code, ZX81 Jetpac moves along at some pace for a 16K ZX81 game.  Unlike the original ZX Spectrum release here you’re given the option to redefine the keys and change the difficulty level, which (again) even on a 16K ZX81 does actually make this game somewhat punishing even to a seasoned gamer.  With varying enemies, keeping in line with the original foes, suddenly ramping up in numbers your tactics need to adapt; you may find warping off the sides of the screen works well in harder levels.