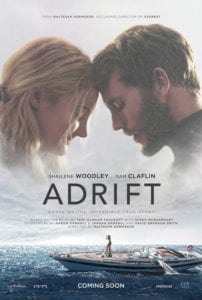 A true story of survival, as a young couple’s chance encounter leads them first to love, and then on the adventure of a lifetime as they face one of the most catastrophic hurricanes in recorded history. 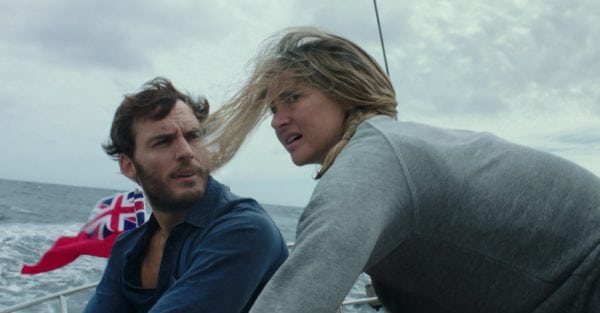 Adrift opens with the aftermath of a storm that has ravaged a boat that free spirited Tami (Woodley) and her boyfriend Richard (Claflin) have been hired to sail from Tahiti to California. Adrift charts the tender relationship between Tami and Richard and their mission to sail their damaged boat and find land. Equal parts romance and survival story, it is at times harrowing.

Shailene Woodley does most of the heavy lifting in this film. Following the destruction of their boat, she is the one patching up the holes, dragging Richard to safety and setting them on the course home. Badly injured, all Richard can do is lie there and talk to Tami. Woodley proves herself adept at the physical aspects of her role and the increasing desperation they both face is terrifying. If the idea of being stranded in the ocean fills you with dread, then Adrift is not the easiest film to watch.

The peril is inter-cut with a second timeline running concurrently with their mission home. We see how Tami and Richard meet and how they have ended up in this situation. Splitting the narratives works extremely well and allows the horrors of what’s happened to hold even more weight. Woodley and Claflin have great chemistry but there is some clunky and cheesy dialogue in the courtship scenes which does sour things slightly. Still, they’re both likeable and whilst we don’t find out huge amounts about them, the interplay between the two timelines adds to the tension of what exactly happened to them. 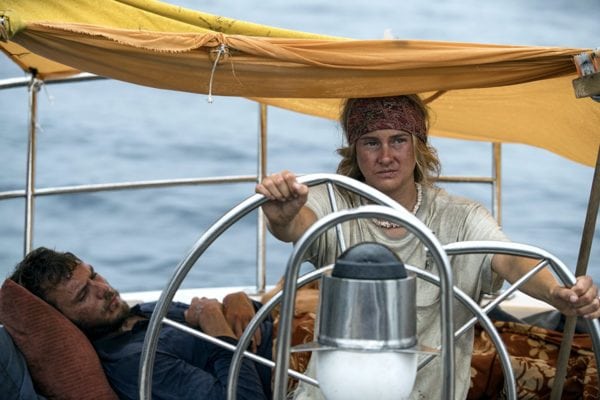 Everything is building to a double finale where we find out what happened to the boat and whether Tami and Richard will make it to land. The scene where the boat is originally battered in the ocean rivals any horror film and is shot expertly by Kormákur. One of his previous films Everest was similar in that regard. Both films are about survival against insurmountable odds and they both make you feel as if you’re right there with the characters and battling against every wave of destruction that hits. It is unrelenting and pulse pounding.

Adrift isn’t without its flaws. There has been many articles written about a twist which I won’t reveal here except to say that many people will guess this either from the trailer or after about 15 minutes of watching the film. The likeability of Woodley and Claflin and the investment in the characters does mean that this works to an extent, but it isn’t 100% successful.