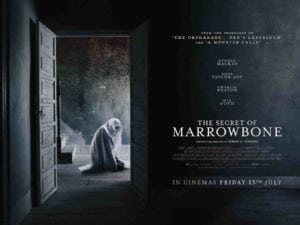 A young man and his three younger siblings, who have kept secret the death of their beloved mother in order to remain together, are plagued by a sinister presence in the sprawling manor in which they live. 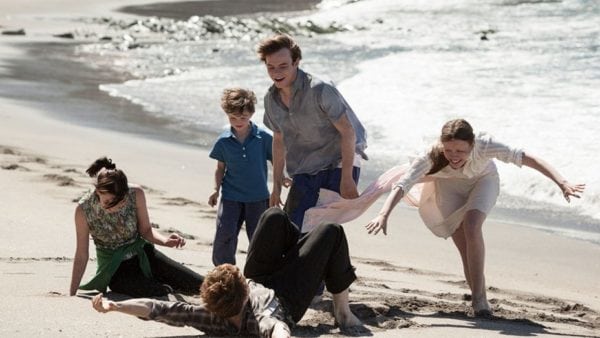 Writer of The Orphanage and The Impossible, Sergio G. Sanchez makes his directorial debut with The Secret of Marrowbone. The story revolves around the Marrowbone family living in rural 1960s America; they’ve fled an abusive father and after their mother passes away they keep it a secret in order to be kept together. Unfortunately there is a presence in their house which seems to be haunting them.

Marrowbone treads the familiar line between horror and psychological thriller and in some ways it’s successful and in others it fails completely. There are a few unnerving moments, the standout being when the family are playing a board game and the youngest Sam (Stagg) has to go and get the dice that have rolled away. He stands in front of a giant mirror that’s been covered. The lights are low and there’s the sound of breathing filtering through the house. It’s a tense few minutes and a highlight of the film. There are a few more jump scares throughout but first time director Sánchez can’t sustain the tension and handle the tone of the film. Moments of horror are then played next to family hijinks and the score lurches all over the place.

George Mackay as the eldest sibling Jack does his best to lead the film and succeeds up until the finale. He has support from Stranger Things star Charlie Heaton and Mia Goth but they have little to do. Anya Taylor-Joy as love interest Allie gets a bit more to work with but we know so little about her character that it’s difficult to empathise with her. The film rests on Mackay’s shoulders and he does well with the material he has. 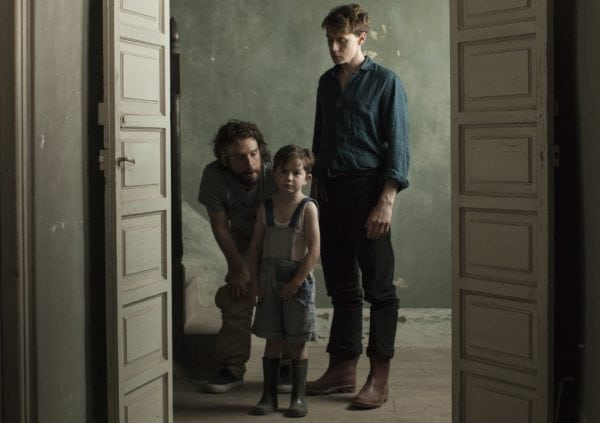 Marrowbone falls apart in its finale. The events are telegraphed quite early on and most audience members will guess the big secret long before it’s revealed. This gives the effect of a “so what” reaction rather than the bombshell that it should have been. The problem is we’ve seen it before and we’ve seen it done better. Sánchez has proven himself as a screen writer, but I wonder if a more experienced director would have been able to hide the big reveal a bit better. There are some stunning shots throughout and Sánchez utilises the creepy mansion to full effect; but it just doesn’t hold itself together.

I wonder if expectation is what ruined Marrowbone for me. Based on his previous work I was hoping for a psychological thriller that would have me on the edge of my seat, instead I got a by the numbers story which lacked finesse. I’m still keen to see what Sánchez does next and how he evolves as a director as The Secret of Marrowbone shows that he has the potential to make great films.