DISCLAIMER: I have applied absolutely zero science to creating this list. It is purely subjective, based upon nothing but my feelings at the exact moment of writing this article. We already know we can expect an Aquaman trailer to drop this week during the Warner Bros. panel on Sunday. There had been reports of production issues with reshoots taking place earlier this year and with Warner Bros. track record (see Justice League) we can take this as truth which is why we’ve had no trailer yet. That said I’m still excited to see this; Jason Momoa’s Arthur Curry was something of a bright spot for me in the jumbled mess of Justice League and director James Wan has a style that I’ve enjoyed in his previous films. We’ve already had a teaser trailer for the upcoming sequel to the excellent LEGO Movie which was in my top 3 films of 2014. We haven’t had much casting news other than Brooklyn Nine-Nine’s Stephanie Beatriz and a second trailer would be a good opportunity to showcase some of the other selection of characters that Warner Bros. have managed to grab the rights for. The final Warner Bros. film on my list though, side note, they must be enjoying the dearth of Disney and HBO properties this year who so often grab the limelight. Likely they even throw out some new Fantastic Beasts and It: Chapter Two details although I don’t expect a trailer for the latter as shooting has only just begun. Anyway, we’ve seen some early shots from Patty Jenkins and Gal Gadot’s second team up about the legendary Amazonian, whilst not due for release until late next year there’s some potential for a teaser to drop. I’d love to see something of Kristen Wiig’s villain Cheetah and hopefully they don’t overly focus on Chris Pine’s Steve Trevor return and save that for the full film. 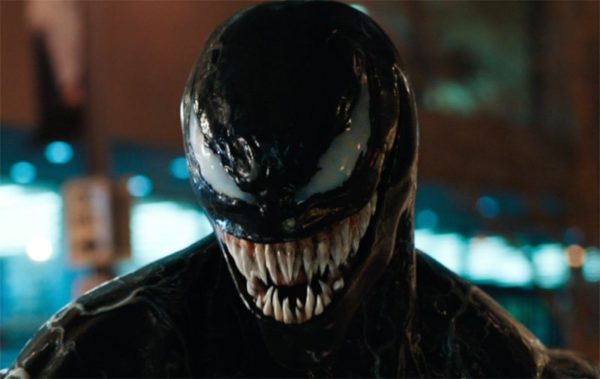 With Sony now allowing the MCU to handle its primary Marvel property, Sony are plumbing the rest of the Spider-Man canon to create their own movie universe. Venom is one of the most popular foes/allies in the Spider-Man history; the first trailer gave us a brief look at the eponymous character with far more focus on Tom Hardy’s Eddie Brock. I hope we get something of Woody Harrelson’s mysterious role and perhaps some more shots of the famous symbiote in action. I am hugely excited to see what Tom Hardy and Zombieland director Reuben Fleischer give us a glimpse of before its October release date. The upcoming sequel to both 2000’s Unbreakable and 2016’s Split, I cannot wait to see what director M. Night Shyamalan allows us to see in the first trailer (which is arriving this Friday). Unbreakable was a real coming of age film for me and Split was a real return to form for a director who had been (rightly) under the hammer for the previous few years. McAvoy’s performance in Split still keeps me on the edge of my seat, putting him together with Sam L. Jackson and Bruce Willis should be a real spectacle. I have no idea where this is going to go, I just know I can’t wait to get my first taste this week.