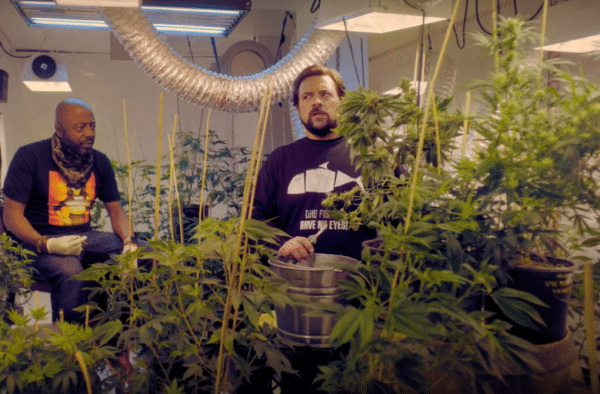 Back in 2016, Kevin Smith shot a pilot for a workplace comedy entitled Hollyweed, which he describes as “Clerks in a weed store” and sees him starring alongside Donnell Rawlings (Chappelle’s Show) as two potheads working in a cannabis dispensary in Los Angeles.

Hollyweed failed to attract any interest at the time, but it has now been picked up by Rivit TV, which has made the pilot available to watch online for free. Fans are then able to decide whether they would be willing to pay towards a full season, with pledges ranging from $1.99 per episode to $5.99, thus determining if the show makes it to series.

“Two years ago we shot a pilot for a show called Hollyweed and tried to take it out the traditional way but had no luck,” said Smith (via Variety). “Cut to now, and we get to bring it back to life. Thanks to the good folks at Rivit TV, we raised it from the dead, it’s crazy. Rivit TV was smart enough to take this show and leave it up to my fans.”

You can watch the pilot for Hollyweed here: