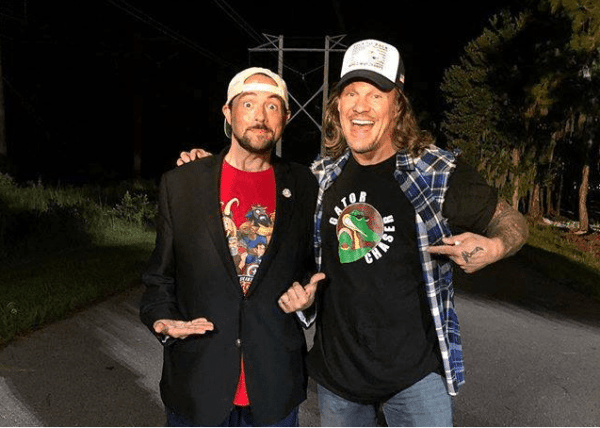 Last summer, Kevin Smith announced that he was shooting a horror anthology movie entitled KillRoy Was Here, which originally started out as a Christmas-themed Krampus film before morphing into what the filmmaker describes as a “modern day Creepshow kinda flick.”

Well, Smith has now taken to Facebook to provide another update, revealing that wrestling icon Chris Jericho is set to feature in the movie as “a nasty-ass South Florida streamer”.

Despite suffering a major heart attack earlier this year, Smith is showing no signs of slowing down. He’s gearing up to begin production on his return to the View Askewniverse, Jay and Silent Bob Reboot, has another episode of The CW’s Supergirl in the pipeline, and recently teased that he’s working on what could become his biggest-budgeted project of his entire career.