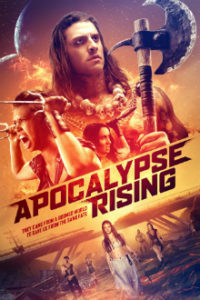 Mia is an extrasensory teenage girl living on the planet Rathe, a world besieged by the undead. After a violent last stand, Mia and her warrior friends escape their world in a spacecraft. 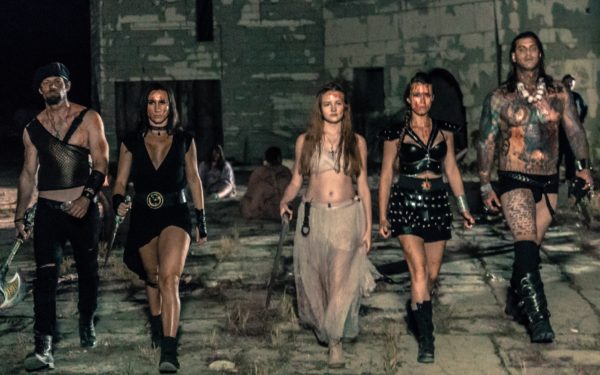 From just the opening credits alone, you know Apocalypse Rising is a throwback to an era of film and TV that isn’t around anymore. This film plays like Xena: Warrior Princess for a modern audience, and that’s what makes this such a fun viewing. Major credit should go to director Richard Lowry for finding a balance in-between the campiness that is so easy to fall into and turning this into another boring apocalyptic adventure movie. Capturing that perfect blend of styles is what made this film such a smooth viewing and something I recommend to most viewers!

Apocalypse Rising begins with the downfall of Rathe, a world run by the undead. Mia (Hunter Parker) must escape with her warrior friends and journey to save others from the terror they faced. Their mission isn’t that simple though; they must head to Earth and stop the impending apocalypse that ruined their planet. This plot allows the film to venture into different types of story motifs. You have the familiar “fish out of water” trope as Mia and her crew adjusting to modern Earth. You also have the young girl finding her true calling and going against the grain to achieve what she believes is right. Simple storytelling methods like that make a strange story work easy and give viewers a sense of familiarity, even when things aren’t exactly what they’d expect.

It’s easy to attempt to knock this film down due to the small budget. Yes, the visual effects aren’t too polished, and the costumes don’t look as grand as they should. But in the end, none of that changed how I viewed Apocalypse Rising. It endeared me to the film more to see the cast and crew turn something small into something more significant. That’s what filmmaking should be about: going above and beyond to entertain. Also, the script has some cliched dialogue and less-than-stellar characters. Those negatives are harder to look past, but it also is pretty typical when dealing with a smaller film. Little issues like this add to the camp-factor and somehow makes it more fun though! 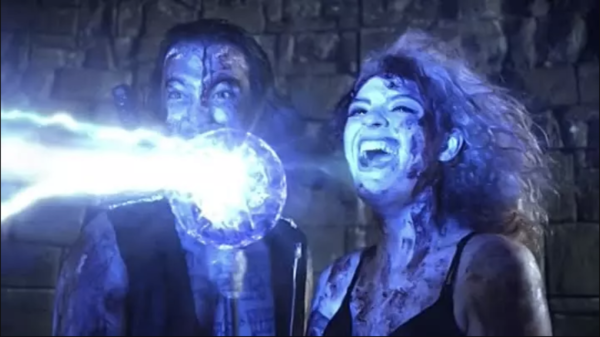 A big compliment about this film is making zombies seem exciting again. Maybe it’s the gore that comes from the zombie kills or the fact it’s been a while since a mainstream zombie film, but it was fun to see the final act turn into a giant zombie war. On the topic of gore, it is very refreshing to see the practical effects make up for the lack of strong VFX. The sprays of blood and gross body-horror allow Apocalypse Rising to differentiate itself from the usual fantasy film. Imagine if Xena, Clash of the Titans, or even Conan the Barbarian had insane violence, they’d be something even more memorable. Let’s hope this sparks a wave of violent fantasy horror movies, just like this film.

In the end, Apocalypse Rising is an enjoyable viewing that isn’t trying to reinvent the wheel. If there’s something to take away from this film though, we need campier fantasy pieces more often! A movie like this is perfect to watch with a group of friends, some drinks, and fun commentary like you’re in Mystery Science Theatre 3000. Turn this into a fun party movie, and you will surely enjoy Apocalypse Rising the exact way the creators anticipated.