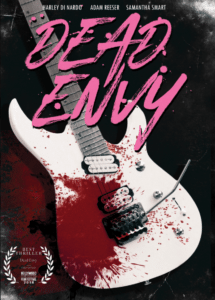 David Tangiers (Harley Di Nardo) is an icon of a bygone era. Lauded as a musical maestro and chart topping Billboard wunderkind he is now on the comeback trail. A comeback which has been twenty years in the making and forced Tangiers back into the hair styling business. Only a chance encounter with the mysterious Javy Bates (Adam Reeser) compels David back into action, as this fresh face brings an edge to the salon and puts music back on his agenda. 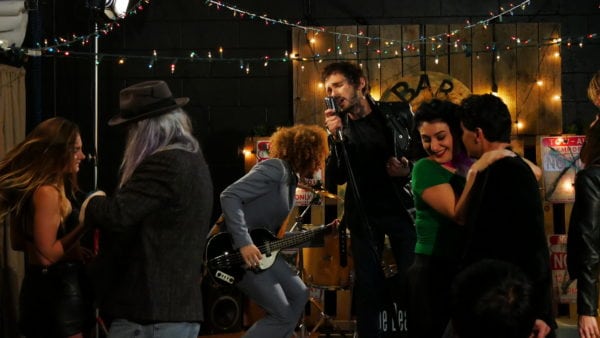 It would be unfair to judge Dead Envy in conventional terms as director, writer and leading man Harley Di Nardo worked within the confines of a shoestring budget. This passion project which clocks in at just over an hour and change suffers under the strain of those limitations from the outset. Interior and exterior locations are the first things to impact on your viewing experience as Dead Envy feels like a made for television movie. In conventional terms it feels like an episode of Columbo without the bumbling detective on call. Characters are sketched quickly, scenes are truncated and the overall premise is concisely drawn.

Di Nardo and Samantha Smart who plays Cecily have a good chemistry and screen presence which carries things along until Adam Reeser arrives. His Javy Bates is the necessary shot in the arm needed to bring something of substance to this story. Bates might be the archetype villain with the aloof persona, severe comb over and glacial jawline, but he instils menace and gives his retro sociopath some teeth and backbone. In these sections Dead Envy benefits from those budgetary restrictions giving scenes a genuine Grindhouse feel, which is further compounded by Carla Wynn’s psychic. 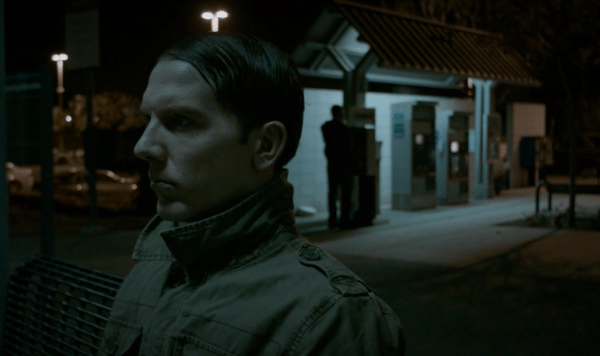 Her introduction as a salon client, recent widow and psychic are subtle while her continued involvement through cut scenes opposite retro effects work adds atmosphere. Split screen text messaging adds a subtle contemporary feel to an otherwise late Seventies early Eighties sensibility, which plays well in opposition to Di Nardo’s central idea. Given the running time they have done well to make a cohesive story work, make elements thrilling and give audiences cinematic closure. With an injection of further funding Dead Envy could have shaved off those rough edges, fine-tuned narrative and structural transitions and brought things more in line with Di Nardo’s aspirations. Cinematic touchstones which spring to mind include Adrian Lynne’s Fatal Attraction and Richard Marquand’s Jagged Edge, both studio pictures and bold comparisons when measured against a passion project of this type.