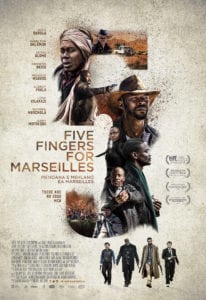 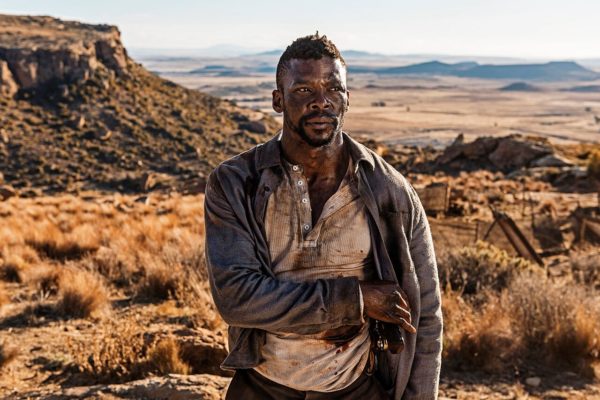 Five Fingers For Marseilles isn’t so much a revisionist western, more a direct transplant of tropes deeply woven into the films of John Wayne/John Huston into a post-Apartheid South Africa. The final third, a fantastically choreographed battle sequence seems transposed from Seven Samurai or Yojimbo, a mirror of Clint Eastwood and John Wayne, all blood splattering on sand and dust.

Matthews opens with a lengthy prologue. The titular “Five Fingers’ are a gang of youths finding comfort in their friendship amidst poverty and discrimination in the outskirts of railroad town Marseilles. As those around them are brutalized, they play with slingshots, aimlessly throwing rocks at one another. Following an arrest of a member, leader Tau chases them down, resulting in the death of two white cops.

Twenty years later, Tau (a brilliant, mournful Vuya Dabula), now a feared outlaw, finds himself returning to Marseilles following a lengthy stay in prison. He pledges to remove himself from the violence and crime he was once so indebted too but a corrupt mayor – lead by one-time member of the Five Fingers Bongani (Kenneth Nkosi) –brutal head of police and further Five Finger member Luyunda (Mduduzi Mabaso) and ghoulish gangster Sepoko (Hamilton Dhlamini) force a return to his old ways. 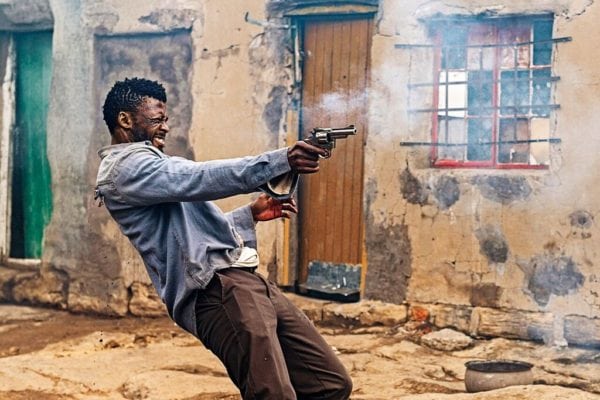 There’s a knowing sense of dichotomy between Tau and his villainous counterparts, but Matthews struggles to fully express the supposed brutality Tau inflicted before his prison sentence. As a result of this, the return to normality and later violence feels less reluctant, more incidental.

Dabula, taking notes from everyone from Eastwood to Franco Nero, silently commands the screen – a world-weary figure trying to find peace amongst violence. His performance is well observed and impressively restrained. An eruptive moment of violence and moral outrage as gangsters descend on a local bar shocks as those around him demand he returns to his former self.

Villainy is maybe played slightly too broad. The gangsters are scarred with white eyes whilst the politicians are seductive if sleazy. Those tropes Matthew so knowingly borrows from bring with them an unavoidable predictability – the villains will ultimately get their comeuppance, double/triple/quadruple-crossing, a grandiose final third – and the films deliberate pacing doesn’t help, allowing the audience maybe too much space to anticipate. 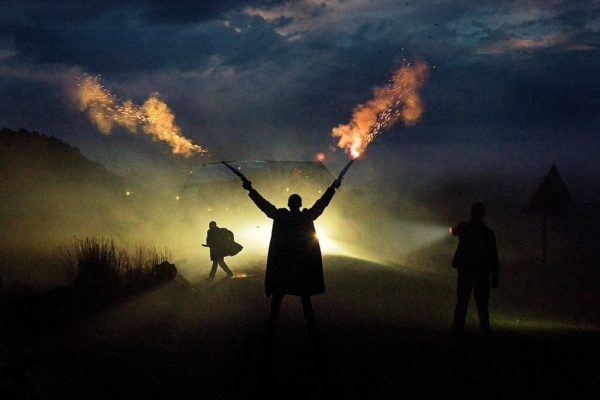 But these moments of respite are necessary and give way to a necessary discussion of post-apartheid relationships and abuse of power. The decaying railroad town feels lost in time, still occupying a space in apartheid-era South Africa. The return of Tau to a town seemingly unchanged is something tragic and is beautifully played.

The film also looks stunning; again taking notes from the classics to create grand vistas. The score too is an impressive counterpart. There are no noodling guitars; instead deep cellos and unsettling strings create a welcome sense of the melancholy.

Five Fingers For Marseilles is an impressively put together western that manages to balance entertainment with palpable political discourse.