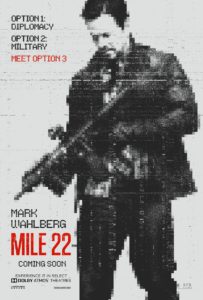 An elite American intelligence officer, aided by a top-secret tactical command unit, tries to smuggle a mysterious police officer with sensitive information out of the country. 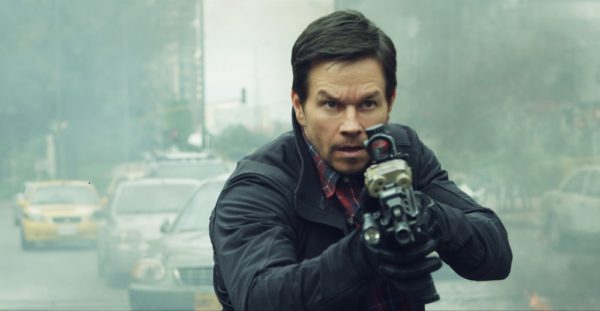 Director Peter Berg and his action hero muse Mark Wahlberg should probably stick to dramatizing true stories exclusively following the embarrassment that is Mile 22. Strangely enough, the opening credits somewhat treat what we are about to watch unfold as a true story; intelligence officer James Silva (Mark Wahlberg) is given a backstory through debriefing files and mission notes attempting to rationalize his violent outbursts, hyperactive speaking, and his general rudeness (I’m not one to harp on such things, but even I quickly became aggravated at the amount of mansplaining Marky Mark does and his holier than thou, condescending attitude) as a behavior disorder. That’s one way to justify incorporating a major jerk as a protagonist, and as you can probably guess, one of the worst.

If only this were where the problems with Mile 22 stop. Sadly, the laundry list of things wrong with this film could extend in written word across 100 miles. Forget the story, anyone coming into this probably isn’t expecting much. The collaborative body of work between Peter Berg and Mark Wahlberg speaks for itself as outstanding, but from TV clips alone it’s evident that the team are tackling this project with a different approach; one soaked in blood. Seriously, if you thought Death Wish would finish 2018 as the most pointlessly violent movie of the year, Mile 22 demands you rethink that assessment. It’s also shockingly brutal in its depiction of women during these action scenes, bordering on sadistic. There’s a moment where it seems Lauren Cohan’s field partner might be granted the opportunity for a supremely rewarding (and knowing this movie, gratuitously gory) kill on a major villain. Nope, she’s fighting back with sharp objects and then all of a sudden getting her head whipped against the wall while being flung around from her legs. 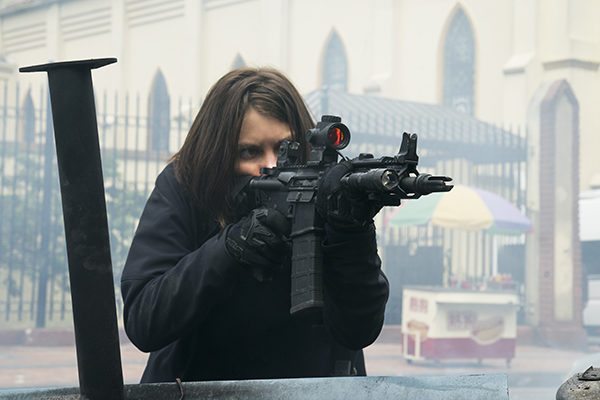 That’s just from what I could make out, as Mile 22 is one of the most indecipherable action films I have seen in quite some time. I’m 95% convinced that the editing team here fell asleep, heads plopped onto the keyboard inadvertently creating all kinds of cutaways with all of this happening right as the film was about to be finalized. It’s not even just during the combat either, as dialogue exchanges between characters must change angles four or five times within one basic sentence. However, by far the biggest cinema crime being committed here (as far as the action goes) is occasionally ditching The Raid star Iko Uwais mid-asskicking! Does anyone really give a crap what Mark Wahlberg is doing if you also have Iko simultaneously bringing it to three different goons? The only positive thing there is to say about Mile 22 is that his double duty also choreographing the fight sequences is solid, but the effort is all for naught considering it’s absolutely freaking butchered in the editing room. About the only thing you can see with a reasonable degree of clarity in this movie is someone firing a gun with the next cut showing blood squirting from someone skull. To be fair, screwing that up would be akin to messing up microwaving a hotdog.

Aside from failing miserably at what it sets out to be, the story here from Graham Roland and Lea Carpenter (she also wrote the film, which I just realized while writing this review, causing my brain to explode considering how misogynistic the movie is) is nonsensical. There’s seriously a subplot where a woman is constantly arguing with her ex-husband through some sort of fictional device programmed to automatically civilize outgoing texts sent to the lover you now hate. Did Mark Wahlberg feed the filmmakers unused plot devices from the Daddy’s Home franchise? Anyway, the special forces unit (which also features Ronda Rousey given nothing remotely impressive physically to do for some unknown stupid reason) is tasked with transporting a police officer (Iko Uwais) with sensitive data regarding terrorist weapons out of his country and to be granted amnesty entering America. There is also an incredibly dumb revelation during the ending meant to set up sequels that I hope never come to fruition (please, don’t see this movie people).

There’s a point in the movie where John Malkovich’s commanding officer Bishop frustratingly yells “shut up, you bipolar fuck” to Mark Wahlberg. You see, he’s prone to going on long-winded tirades while debating with people, but most of the time it’s unclear what the hell message he is getting at. Outside of being just another insultingly offensive method of turning mental disorders into comedy, those words were probably the only two seconds where me and Mile 22 were on the same wavelength. It is a disaster on every conceivable level.