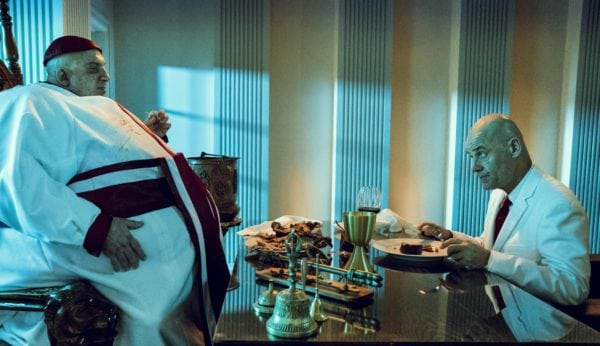 There is much to be said for killing a man with body weight alone. Like some grotesque caricature of Mr. Creosote from Monty Python’s Meaning of Life, this gargantuan religious leader is part Jabba The Hutt, part Fat Bastard and one hundred percent inflammatory metaphor. Horse breeder and horse feeder with a multitude of quaking minions, Preacher takes black comedy to a level of pitch rarely seen outside of cable networks. Presented as an allegory for overconsumption, overarching biblical influence and ludicrously bloated outmoded entitlement this All Father is a brave choice.

For reasons which come down to the delicate balance of tone and timing this monstrosity manages to be repulsive to the point of comedy making him immediately acceptable. That his second in command is considerably sharply, self-aware and Sahara desert dry only boosts the appeal of this expansive piece of symbolism. That he is considered normal within any context has much to do with the company he keeps which include livestock wranglers, vampire acolytes and saliva stealing bank robbers. 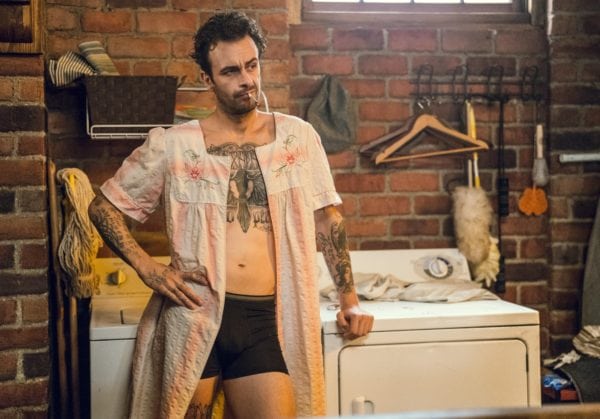 What brings sanity and respite from the Bible bashing, contentious scripture manipulation and horse flesh mastication is a theatrical type who favours birds of prey over four legged entrees. Adam Coasdell’s Eccarius combines an English Antonio Banderas from Interview with the Vampire and Spinal Tap’s David St.Hubbins. Lorded up and lauded over he is Lestat to Cassidy’s Louis. If Louis had decided to consume copious amounts of crack, kill his own son and drink vast amounts of dangerous substances that is.

What we have here beyond those Ealing comedy overtones is an attraction of opposites. Cultured, debonair and fashionably out of step this vampire opens Cassidy up to all that he could potentially be eventually. Between Herr Starr and those bank vault breaking soul stealing antics their bromance breaks things up nicely. Throw into the mix an orphaned outlaw from Hell being brought to task by a lone gunman with agendas and ‘Les Enfants du Sang’ is a fine piece of work. These new children of the night may be naïve but their leader has thrown open the door to potential disruption, narrative subplots and a whole load of kick arse action beats. 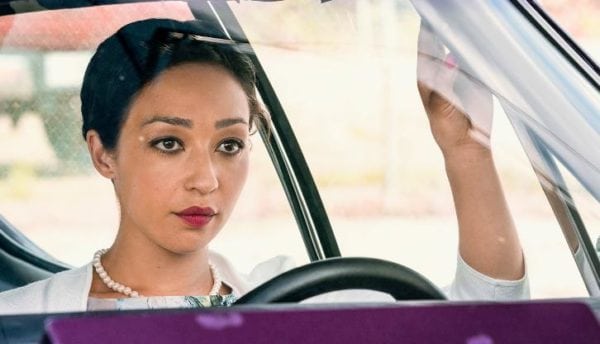 With Hitler still on the loose from season two, one very pissed Saint of Killers looking to collect and Jesse Custer backed into a Grail shaped corner our voice of God may imminently throw some serious smack down. As Jody, TC, and Gran ma slowly become superseded by Starr, Eccarius and one hell of an All Father, this deeply suspect series has successfully added another batch of deviant devilry to a caboose already jam packed solid. Thank you Jesus!