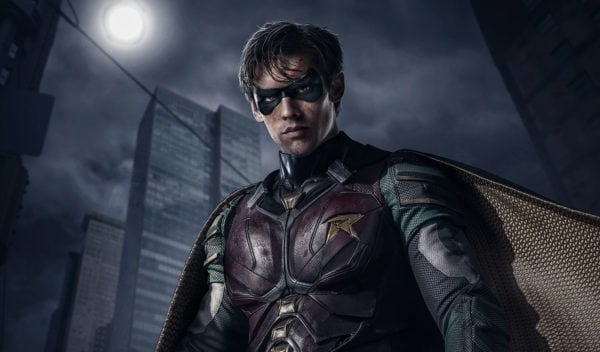 As we saw in the first trailer for DC Universe’s upcoming live-action series Titans, there seems to be some serious heat between Robin and his former mentor and crime-fighting partner Batman, as evidenced by Dick’s “fuck Batman” line as he takes out a group of thugs.

Speaking to Entertainment Weekly, Robin actor Brenton Thwaites has been speaking about that very line, stating that the idea behind it was to make it clear to fans that Titans will not be a show that focuses on the Dark Knight.

We’d already shot that alley fight scene before, and there was no punch to it,” states Thwaites. “There was no real exclamation mark. I think the producers wanted something that would kind of set the tone for the whole show. It’s a show that isn’t about Batman, and I think it’s important for people to know that and maybe not be disappointed that they’re not going to see Batman jumping from the ceiling and beating up a hundred guys, because it’s not Batman, it’s a story about the Titans, essentially. I feel like ‘Fuck Batman’ says that in two words.”