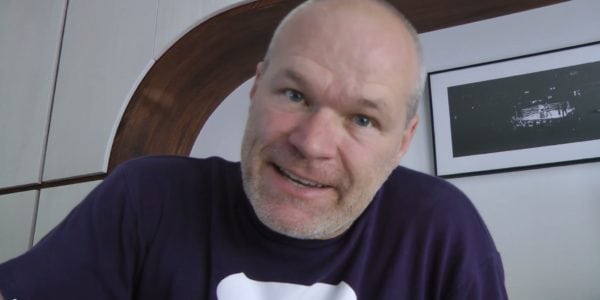 Prairie Coast Films has announced that it is set to explore the rise and fall of notorious cult filmmaker Uwe Boll – the man behind cinematic travesties such as House of the Dead, Alone in the Dark, In the Name of the King: A Dungeon Siege Tale and Bloodrayne – with the new documentary Fuck You All: The Uwe Boll Story.

The documentary includes interviews with the man himself, who announced his retirement from filmmaking back in 2016, as well as comments from his colleagues and critics as it explores how Boll earned a reputation as “the most hated man in Hollywood”. Check out the trailer here, followed by the lengthy official synopsis below…

The question at the center of Uwe Boll’s story has existed since early on in his career: Is Uwe the worst filmmaker of all time? FUCK YOU ALL: The Uwe Boll Story is a documentary that explores the unique life and career of the notorious renegade filmmaker. Through personal interviews with Uwe Boll himself, the people who have worked faithfully alongside him, his harshest critics and everyone in-between, this film offers an entertaining and somewhat shocking portrait of this lightning rod of the film industry.

Honing his craft as an indie filmmaker in Germany in the early 90s, Uwe Boll never could have imagined the life that would lay itself out in front of him. He has experienced a storied career that has led to such highs as working with Oscar-winning actors and making films with 60 million dollar budgets, and has reached such lows as having actors publicly disparage their films with Boll and online petitions for him to stop making films reaching hundreds of thousands of signatures. None of this stopped Uwe from continuing to put out movie after movie, totaling 32 feature films before retiring and opening a successful high end restaurant.

Already a cult legend, Uwe Boll will be remembered forever in the film world. Some will remember him as a modern-day Ed Wood, who made films so bad, they’re good. Others will remember him as the prolific filmmaker who came from a small town in Germany and never compromised his integrity while he created his own path in Hollywood.