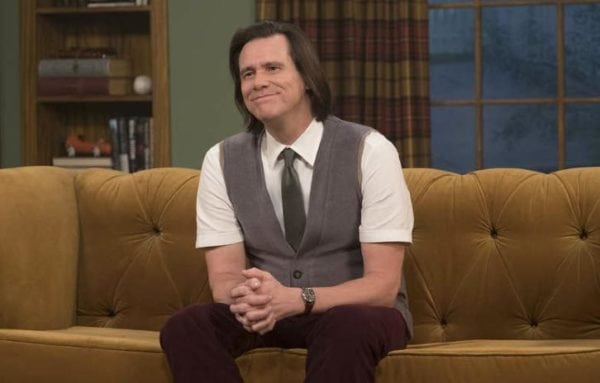 Something is being done with Kidding which few if any would be brave enough to attempt. Moments of acting subtlety combine with tonal shifts, characteristic emotional transference and underlying debates over publicly private personas to make for uniquely engaging television. Public perceptions, individual identities and personal relationships provide the linchpin for any drama, while Kidding continues asking questions around celebrity and what that means to others.

Tackling childhood trauma, adolescent infatuation and identity theft it touches on much without dropping the ball. As we go further down the rabbit hole this is slowly revealing itself to be a platform for larger issues. Frank Langella and Catherine Keener are fast becoming the foundation around which Kidding works as corporate voice and emotional crutch to Carrey. Once again the serious actor in Carrey comes forward in moments which skate dangerous close in terms of taste, timing and tonal incongruity. From the blind date with an avid fan through to a teenager appeased by Pickles, Carrey navigates everything with nuanced care. 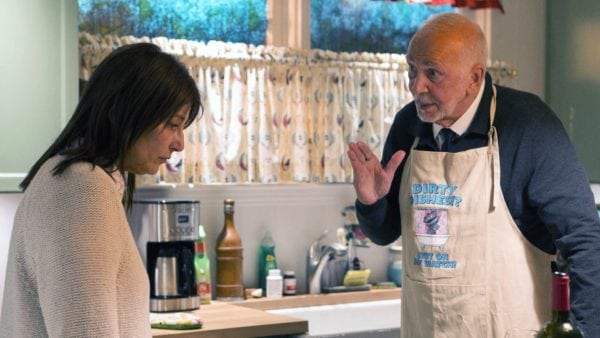 Story telling flair is another element as time lapse photography is used narratively to illustrate a point. Rather than employ long winded methods to explain his impact on others, what director Jake Schreier does is para-phrase the transformative affect visually. However it’s the cumulative realisation of this which raises questions of what people in the public eye mean to others. Autograph hunters, convention attendees and press junket journalists to name a few, project their own agenda and expectations onto the situation.

Mostly these are benign, self-promoting aims done with the intention of furthering themselves and making a mark, while darker elements exist outside of this arena. Where the waters get muddied is when you believe that this is more than a living, just as waiting, plumbing or truck driving is to someone else. Those who engage in creative professions aim to extoll virtues, explore difficult subjects and perhaps illuminate whilst educating. That Kidding represents an outlet to examine these subjects whilst tying it into a drama is noteworthy. 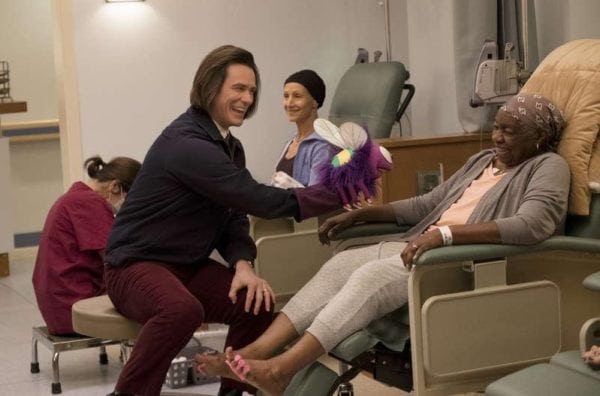 Episode three represents a high water mark and lays out its intentions with more force than before. Relationships are more fluid, identities either in public or at home seem interchangeable while the mighty dollar underpins everything. People appear disposable, children are self-awareness which is made possible through a proliferation of information. Not only something that makes for inventive and dramatic fictional drama, but may just reflect back into reality a little bit.