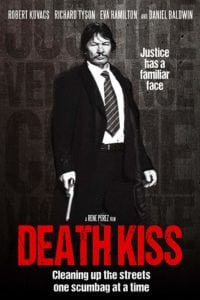 A vigilante doles out his own brand of justice. 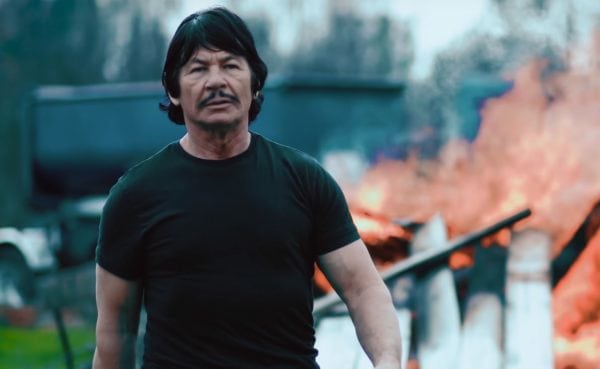 I suspect most of the people who decide to watch Death Kiss will do so out of nothing more than mild, morbid curiosity. The effort of writer-director-cinematographer-composer Rene Perez, this low-rent homage to the Death Wish franchise hangs on one very specific, gimmicky hook; Perez has found a Hungarian actor who bears an uncanny resemblance to Charles Bronson.

The man in question is Robert Bronzi, a preternatural dead ringer for the late Hollywood legend whose lack of English speaking skills have resulted in his entire vocal performance being re-dubbed in post-production. Once your brain parses the fact you’re not in fact looking at Bronson inexplicably resurrected in 2018, though, this film’s already short-in-supply charm quickly runs dry.

Narratively, there’s precious little going on here, even when compared to the actual Death Wish movies themselves. What passes for a plot is dangerously close to non-existent, as a vengeful drifter credited only as The Stranger walks the Earth dispassionately slaughtering drug peddlers and rapists.

Though Bronzi’s “hero” is certainly played as far more of an asshole than Bronson’s Paul Kersey ever was, the script devotes a baffling amount of time to a turgid melodramatic subplot in which he bonds with a single mother (Eva Hamilton) and her paralysed daughter. It’s a bizarre direction to go both tonally and story-wise, especially as the woman in question surprisingly isn’t fridged within five minutes of showing up. 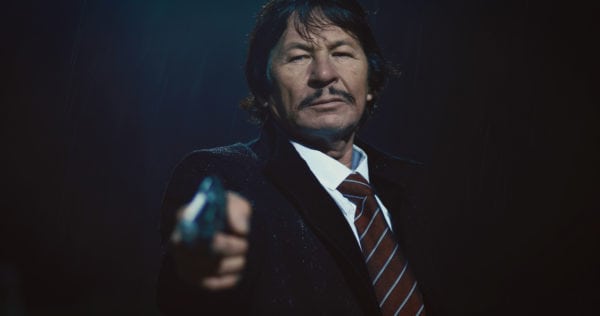 For better or for worse it is a stringent homage that keeps its tongue firmly distanced from its cheek; the icky Conservative politics of the original franchise are faithfully recreated here despite the contemporary setting. The reactionary, excessive disdain for drug use and the offputtingly sexualised rape scenes are, to their credit, a tonally perfect embodiment of the original series’ spirit.

Unfortunately this not particularly long film is padded out by some indecent divergences into cringe-worthy melodrama, often realised through montages that feel like they may never end. More to the point, they don’t really feel like they belong in a spiritual Death Wish sequel.

Probably the most interesting aspect of the entire film, meanwhile, is the performances. Without an actor as physically chameleonic as Bronzi, the central conceit would fall apart far faster than it actually does, and though you’ll likely find yourself giggling at his dubbed voice, the physical likeness truly feels like a work of necromancy. Again, the movie’s general tawdriness erodes the gimmick’s staying power soon enough, but credit where it’s due; the look and the physical mannerisms of late-period Bronson are absolutely spot-on.

There are a few surprising recognisable faces among the supporting cast; Daniel Baldwin has a bizarrely tangential role as a shock jock DJ who shows up a few times throughout the movie to spout right-wing propaganda. Though hardly well-integrated into the film, these vignettes do at least offer Baldwin’s most interesting performance in years; he’s totally convincing in the role, and they’re probably the most legitimately decent part of the movie despite being shameless padding.

Kindergarten Cop‘s Richard Tyson also shows up briefly as a raggedy-haired, backwards baseball cap-wearing thug. It’d be easy for him to sneer at material like this, but he shoots it through with total conviction and seems like a total pro compared to the rest of the cast. He also gets most of the best one-liners, which certainly helps. 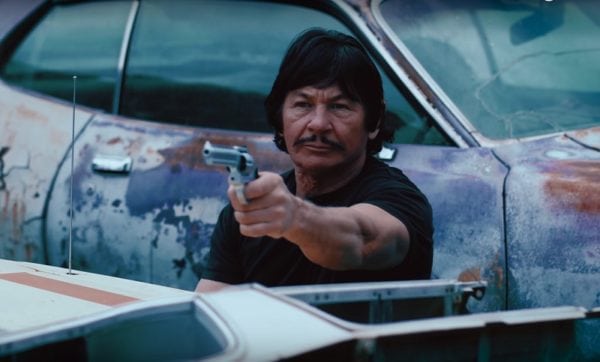 And finally, we have Eva Hamilton, whose female lead has at least more agency than your typical woman in a Death Wish movie. She won’t be winning any Oscars, but she gets more to do than just be attractive, and she’s serviceable enough.

Stylistically, expectations surely aren’t high here, and though the budget is evidently incredibly low, it’s not horribly shot by any means; there’s a grimy look to it that’s totally appropriate. Though the squib packs are hilariously obvious and some CGI blood looks quite horrid, there are also some agreeably gnarly explosions of blood during The Stranger’s rampage.

Aurally, the musical score is composed by Perez himself under the outfit The Darkest Machines, and though he’s clearly making use of some pretty low-fi loops here and there, it largely suffices as a synthy period homage. Other aspects of the sound production sadly aren’t quite so hot; dialogue and sound effects are horribly mixed together, with incredibly obvious cuts at the end of dialogue and a comical abundance of stock gunshot effects.

Though it cuts a fun trailer and is an amusing enough concept, Death Kiss trades the grotty grit of the original movies for a pretty half-baked, poorly paced throwback. It captures some of the spirit of Bronson’s iconic revenge franchise, but hardly enough to sacrifice 90 minutes of your life. Once the novelty of Bronzi’s resemblance to Charles Bronson wears off, this is just another low-effort thriller throwback.