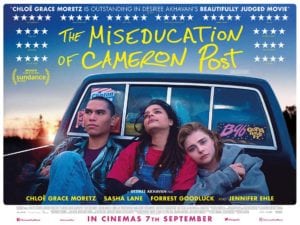 A lesbian teenager is sent by her family to a Christian camp where similar youngsters are taught to conquer their sexuality before being allowed back into the world. 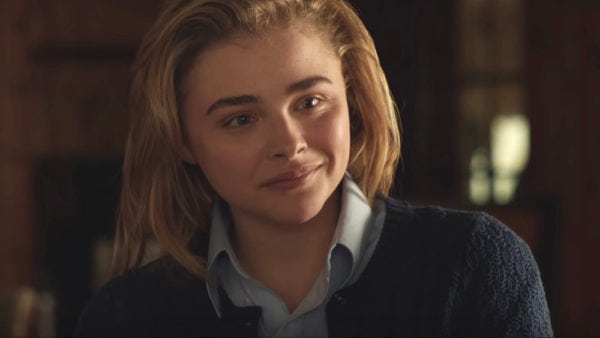 It’s fair to say that queer cinema is in the midst of something of a boom period. Recent years have seen movies like Moonlight and Call Me By Your Name become Oscar juggernauts, while God’s Own Country charmed audiences all over the planet and, earlier this year, Love, Simon brought LGBT issues into the very heterosexual world of the studio romcom. Arriving into the more indie corner of the market is The Miseducation of Cameron Post, which is a quietly harrowing journey into the dark, backwards industry of gay conversion therapy.

The title character – played by Chloë Grace Moretz in the meaty, complex lead role she has deserved for years – is caught fooling around with her prom queen girlfriend after a very uncool homecoming dance. Director Desiree Akhavan (Appropriate Behaviour) takes great care in displaying the dance as a grotesque feeding frenzy of heterosexual lust, with Cameron’s antics positively PG-13 in comparison. The next time we meet her, she is being dropped off at the remote God’s Promise camp, where residents are referred to as “disciples” and homosexuality is euphemistically referred to as SSA (same sex attraction), as if it’s a disease to be diagnosed.

At the camp, Cameron meets a rebellious pair of disciples in Adam (Forrest Goodluck) and the bizarrely named Jane Fonda (Sasha Lane), in whom she finds kindred spirits. They agree that camp boss Dr March (Jennifer Ehle) is “like having your own Disney villain” and despise the happy-clappy antics of the more avuncular camp supervisor Reverend Rick (John Gallagher Jr.), as well as their more pious classmates. Soon, Cameron is outwardly talking to counsellors about how her SSA is the tip of her iceberg of problems, but also privately leading euphoric sing-alongs to the 4 Non Blondes track ‘What’s Up’ – a scene that sticks out as an expression of the exact brand of pure adolescent joy that God’s Promise wants to crush. 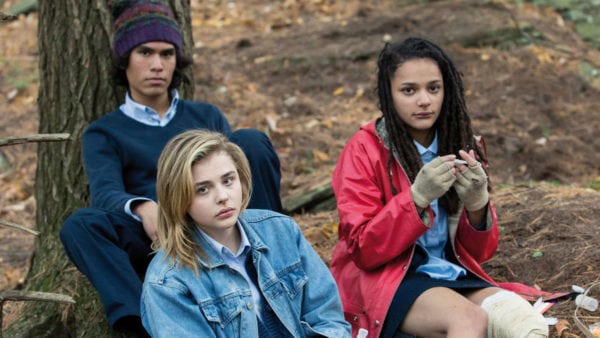 It’s this delicate tonal balance that Akhavan is able to walk to perfection. Her script, co-written with Cecilia Frugiuele and based on a 2012 novel, is peppered with moments of the aforementioned euphoria, as well as precision-tooled comedy lines. These characters interact like teenagers are supposed to interact and Lane, fresh from American Honey, is a particular delight as a slacker with complete comfort in her non-heteronormative skin. Equally, there are times at which Cameron Post is a miserable movie about the excesses of religious persecution, in a similar way to Daniel Kokotajlo’s recent, bracing British drama Apostasy, which focused on Jehovah’s Witnesses. Most notably, one character’s solemn description of an unspeakably graphic incident of self-harm is a moment that cuts through any light-heartedness like an ice cold knife.

But none of the tonal gymnastics would work without a terrific presence in the lead role, and Moretz rises to the challenge like the star that she undoubtedly is. Akhavan demands a lot of different emotions throughout the character’s journey and Moretz is able to play all of them, as a woman who’s far more pliable than the hard-baked rebels with whom she surrounds herself. When she spits at Ehle’s character that her work involves “programming people to hate themselves”, it’s a poignant reminder of how deeply the claws of God’s Promise are sinking into her.

Moretz delivers a powerhouse performance in a movie that brings a surprising degree of nuance to a story that could easily have played as a straight polemic. The Miseducation of Cameron Post has a viewpoint – it’s expressed very explicitly in the title – but this is an examination of how these insidious camps work rather than a straight condemnation of their methods. Its true genius is in the way it finds the wellsprings of legitimate teenage emotion lurking within its austere world – an environment in which no one is willing to express their feelings, despite how often they’re encouraged to do exactly that. 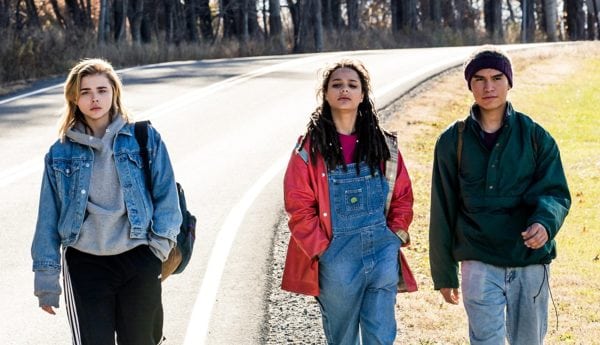 Akhavan’s characters have emotions that explode in bursts, whether it’s a yelling nervous breakdown during a therapy session, a brief late night romantic encounter or the barbed jibes of humour that pepper the narrative. It’s a tale that serves as a microcosm for teenage self-expression. No matter how much the powers that be try to suppress them, the blooming flowers of these people finding themselves and their place in the world cannot be held down. As with all of the best coming-of-age movies, change is palpably in the air throughout Cameron Post – a Clinton-Gore ’92 bumper sticker in a late scene is no coincidence – and bigotry has met its match.

It’s difficult to decide whether Cameron Post is ultimately a tale of misery or of joyous rebellion. The movie ends on a note of ambiguity that, in common with many coming-of-age stories, connotes change, without clearly declaring whether that change is for better or worse. Akhavan doesn’t have all of the answers, and neither do her protagonists, but all involved are more than willing to ask the questions.