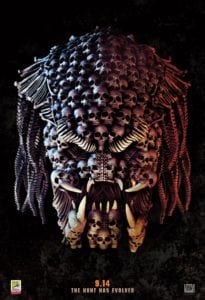 When a young boy accidentally triggers the universe’s most lethal hunters’ return to Earth, only a ragtag crew of ex-soldiers and a disgruntled science teacher can prevent the end of the human race. 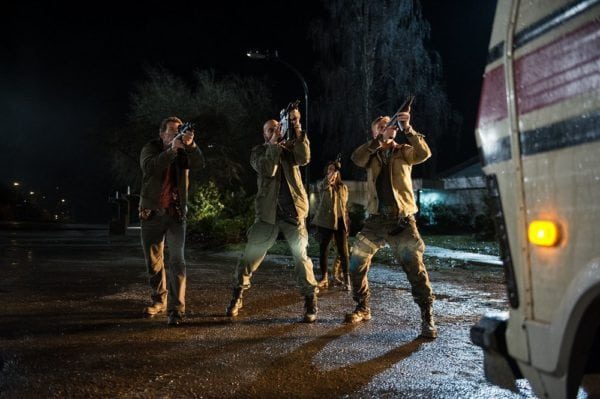 Can a film decrease your intelligence? Perhaps not, but I’m 100% convinced that The Predator tried to rob me of a few IQ points.

It shouldn’t be this way. Writer and director Shane Black has not only given us some amazingly well written films but was also actually a cast member in the original film; he couldn’t have been better placed to give us a great sequel.

Instead he has made a film of such poor quality that it actually makes me not want to see another Predator film. If this is all that can be managed then I don’t want anything else.

The title screen had barely disappeared before I started getting a bad feeling. Questions kept popping into my head. Who are they? What are they doing? Why the fuck are they doing it? The ‘story’ is a turgid blob of a thing that barely hangs together in any sort of cohesive form.

Flawed on multiple levels, even basic levels of scrutiny would expose gaping holes; I had to consult the internet after just so I could explain the major beats to someone else. The production then seemingly doubles-down, populating the aforementioned tripe with characters that are flat, obvious tropes who have mistaken ‘offensive and loud’ for ‘sharp and funny’. Just so you know, I’m shaking my head as I write this.There is an over-reliance on CGI, which I wouldn’t mind so much if some of it weren’t so poor. The basic Predator looks brilliant, but pretty much everything after that is bad. The editing is all over the place, to the point that I didn’t know someone had died. How can that not that be clear?!

Perhaps it’s because the film was too busy setting up potential sequels, which now won’t matter as I’d be amazed if anyone wanted to follow this up. Concentrate on doing one thing well, and the rest will come. Have they not seen the recent DC films?

Then there’s the ending, which I only imagine has been created by an eight year old. I half expected it to all be a dream it was such nonsense.

Comfortably the worst film I’ve seen in 2018, The Predator is a bloated, ill-considered and generally offensive film that doesn’t deserve your time or money. Embarrassingly bad for everyone involved.