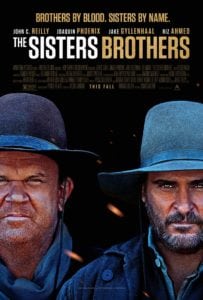 In 1850s Oregon, a gold prospector is chased by the infamous duo of assassins, the Sisters brothers. 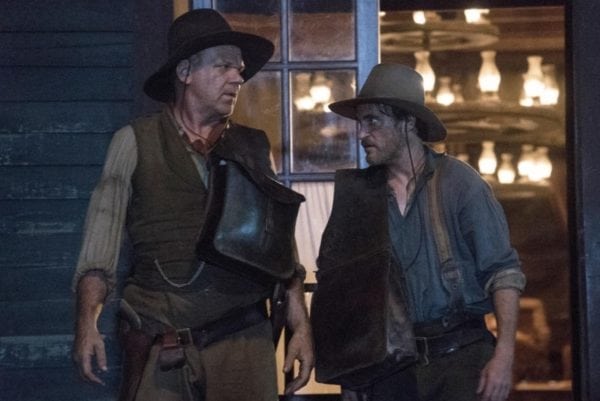 Opening up with a scene of the infamous assassins known as the Sisters brothers laying waste to some targets, complete with gunfire shrouded in outdoors darkness, which is the first of multiple stylistic but restrained shootouts framed with frenetic but visually appealing imagery, this would be a tone-setter for most films; an introduction letting the audience know they are in for one gunslinging ride through the gold rush timeframe of the wild west. However, writer and director Jacques Audiard (adapting the novel from Patrick DeWitt with help from his regular collaborator on notable works such as Rust and Bone and A Prophet) is far more interested in character studying brothers Eli and Charlie (John C. Reilly and Joaquin Phoenix respectively) with The Sisters Brothers.

Calling a spade a spade, both are killers. They take on contracts for the Commodore (Rutger Hauer in the most minor role imaginable) with the current adventure tasking them to travel from Oregon to a remote location meeting up with a scout named John Morris (Jake Gyllenhaal dialing himself back from some of his more recent unhinged performances, here presented as wise, well-spoken, and affected by past trauma as are many of the characters) who is all set to turn over fugitive chemist Herrmann Kermit Warm (Riz Ahmed once again paired with Jake Gyllenhaal after making a dynamite duo in the disturbingly cynical but grounded look at the shameless lengths news channels will go to for ratings in Nightcrawler, here clearly the brains of the mission to find gold and bearing an intriguing thought process on greed and riches) for murder. Of course, things don’t go as planned, as Hermann knows of a formula that will drastically increase the simplicity of finding gold, making him better off alive to John and possibly even the Sisters provided they are able to catch up with the duo gone rogue. 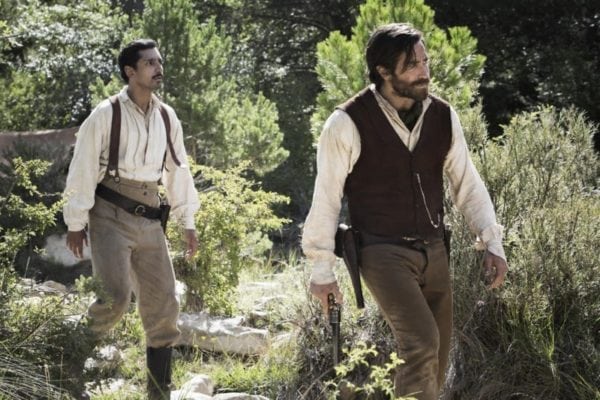 With that said, the majority of The Sisters Brothers is appropriately spent with the Sisters, juxtaposing their traits and goals in life which have been altered by a dark past with their father. In addition to being the older of the siblings, Eli is also more focused on the job at hand and wishes to use the dirty money to eventually start up a family with his offscreen girlfriend (there is a lot spoken about but not shown here, which is a great creative direction from Jacques Audiard as he can better define the titular brothers, subsequently allowing the audience to further contact with them as flawed, broken, charismatic human beings trying to carve out a living in the rough landscape of the wild west). Meanwhile, Charlie is a drunkard who can be found in a brothel whenever not shooting at someone; he enjoys the killing and especially the reputation that comes with it, all of which Eli couldn’t care less about. Naturally, the score they are potentially coming into with this job means they would never have to work for the Commodore again, but it’s an endgame that the brothers don’t exactly see eye to eye on.

Again, although shootouts are peppered throughout the quest that takes the characters around the country from Oregon all the way to California, the story pacing and tone here is decidedly French, which should not be surprising given the auteur. The script wants to get in the head of these characters, but how effective it accomplishes that is questionable. It’s probably a wise thing that the film rarely rears into flashback territory or doesn’t contain much stilted expositional dialogue, but something still feels missing. Also, the two-hour running time can definitely be felt at times considering how much traveling downtime there is, although soaking in the frontier locations is always a sight to behold. 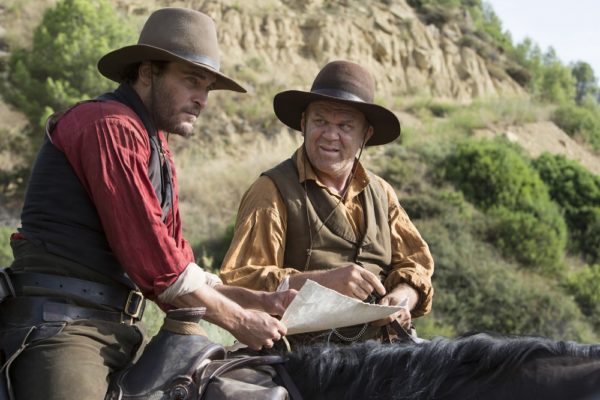 Thankfully, there is also quite a bit of quirky humor to distract from some of the more quiet moments, most notably a scene where a tarantula crawls up into Eli’s mouth as he is sleeping. Jacques Audiard does also subvert plot expectations quite a few times, successfully managing to shy away from backstabbing and betrayal. The ending is just as unexpected but warmly fitting after everything the brothers go through. Even what he does with the impressive actors he has assembled can be taken as misdirection, as funnyman John C. Reilly isn’t just here to make jokes, but is in some ways the better fighter. Instead, it’s Joaquin Phoenix who brings just as much, if not more, humor to the proceedings. Admittedly, none of the roles here are among the best works of any of this impressive cast’s career, but their maintained charisma in the face of being presented against type is worth applause. Riz Ahmed may be the least well-known of the four major players, but he proves once again he is capable of hanging with some top performers.

The Sisters Brothers plays with themes of jealousy, greed, trauma, and family, all coated with humor and shoot first think later encounters. It works but isn’t necessarily going to linger in the mind very long. Mainly, this is an interesting detour for the talented ensemble assembled, all of which are playing a different kind of character. For all the killing involved, it’s also a Western intended on celebrating the importance of family.