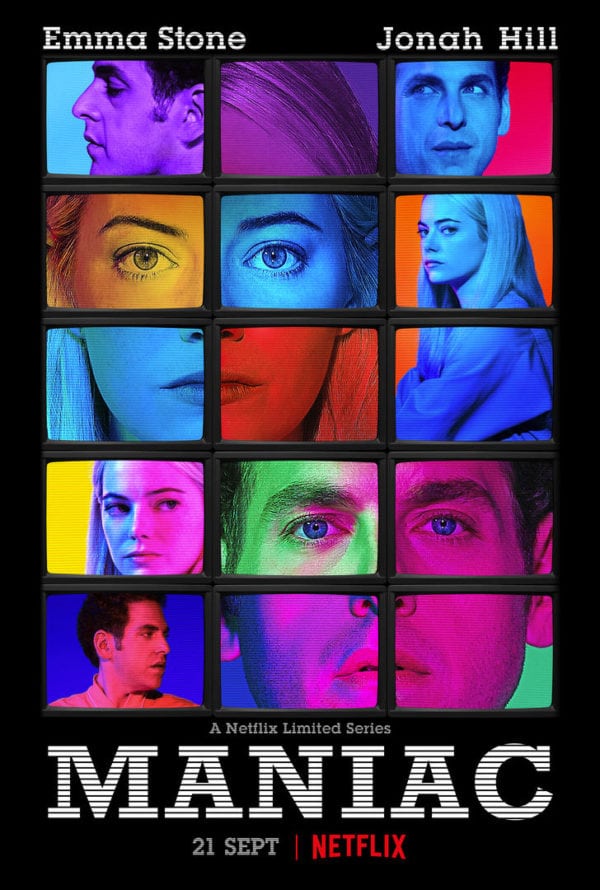 2018 has been a bit of a hit and miss year for Netflix originals, but the streaming services has really upped its game in recent weeks with the return of some of their most popular shows including BoJack Horseman and American Vandal. Their most anticipated release this month, though, comes from True Detective director Cary Fukunaga whose new show, Maniac, dropped on the service this past Friday.

Set in a not-too-distant future New York, Maniac exists in a world where living costs take up 87% of your income, people can prolong their lives in pods in their back garden, and proxy friend and husband services dominate the advertising world.  It’s a living, breathing New York City, but far from the one that we know and love today.

The opening episode introduces us to the show’s two main characters – Owen and Annie. The former, played by Jonah Hill, is a depressed salesman who suffers from serious delusions and paranoia, and who is convinced that he is destined to save the world while Annie, played by Emma Stone, is a down and out junkie haunted by her past and desperate to get her hands on some more pain-killers. 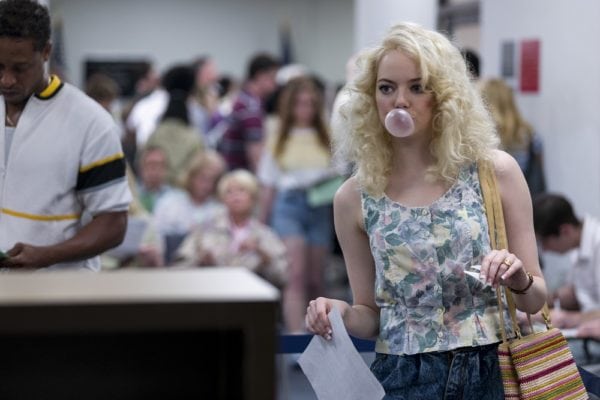 After the show’s dreary establishing episode, the two characters are soon brought together for a pharmaceutical test that promises them not only a big pay cheque but also the chance to rid themselves of their demons, promising the trialists complete and utter happiness upon completion. Needless to say, that doesn’t out to be the case.

Once the test gets started, things begin to really get interesting as the show throws us, and its characters from genre to genre, and alternative reality to alternative reality. Imagine a cocktail that features Eternal Sunshine of the Spotless Mind, Wes Anderson, The Matrix, 2001: A Space Odyssey, the Coen Brothers, and a neon 80’s aesthetic, and you’ll be halfway there. 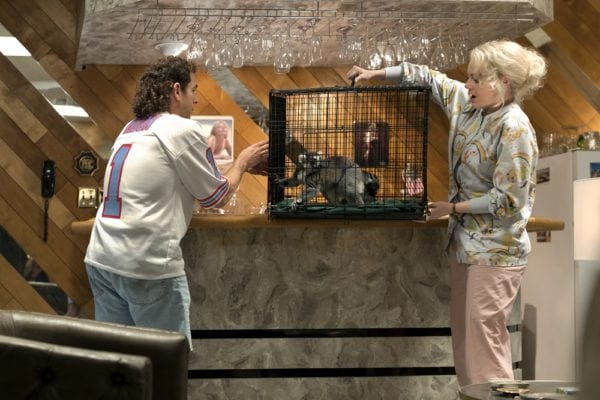 In one episode we see Annie and Owen imagining themselves as a married couple on a desperate mission to save a lemur, in another, we see Owen imagining himself as a gangster with a love for literature and philosophy who wants a better life for himself, while Annie is fighting off invisible elf assassins with her deceased sister. It’s a mind-boggling rollercoaster ride and the excellent performances from Stone and Hill, alongside the writing of Patrick Somerville and the beautiful direction of Cary Fukunaga manages to hold the whole thing together perfectly.

Then there is the supporting cast. Justin Theroux is inspired as Dr James Mantelway, the lead technician on the experiment, while Sally Field steals the show when she makes an appearance in a later episode. The characters often feel like as they have been ripped straight out of a Wes Anderson movie; deeply flawed, ridiculously quirky, and yet, incredibly endearing.

Maniac might just be Netflix’s most ambitious show yet. It’s a genre-hopping rollercoaster ride that never lets up for all of its 10 episode run, and it is one of Netflix’s best shows of 2018 so far.