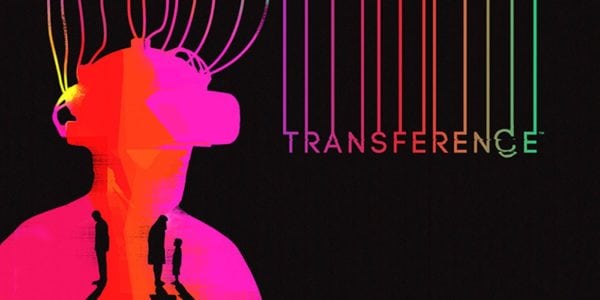 Transference is without question one of the year’s most anticipated VR titles, having been first announced back at E3 2017 as the latest project from the Elijah Wood-founded cross-media production company SpectreVision.

Though this sinewy psychological thriller may prove both disappointingly brief and overtly obtuse for some headset owners, as an exercise in pure, distilled atmosphere, it’s one of PSVR’s most bracingly effective offerings so far in 2018.

Plot details are best kept to a minimum given the game’s twisty nature, but the bulk of Transference plays out in an escape room-type scenario. The player is tasked with solving a string of puzzles while taking a head-trip through the tumultuous, traumatic experiences of a father, mother and their young son. Their individual perspectives of a fraught family life are recreated here in a digital simulation of their apartment and, indeed, their minds.

First things first, if you’re going into this game hoping for anything approaching a more conventional VR horror-thriller experience like Resident Evil 7, this is not that at all. There are no real antagonists to speak of – bar a few digital spectres who provide mercifully infrequent jump scares – nor any fail states, and it lasts only around 90 minutes, placing Transference firmly in the realm of an “experience” rather than a game.

The brevity of the outing is definitely disappointing, especially considering the hype and how frequently AAA VR projects fail to offer up substantial content for their price tags. Retailing for £19.99, this is certainly no exception. 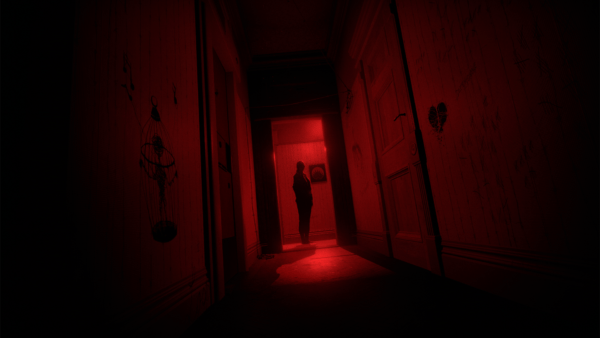 It’s also painfully obvious that the game’s movement speed has been nerfed in order to prolong the experience, and while there are few moments where you’d want to run through the game anyway, the wading-through-treacle locomotion does feel a tad cynical. To speak further of accessibility, it’s also a bit of a shame that players are limited to using the DualShock 4 for movement, as handling objects can be mildly clunky, and the Move controllers would likely be a far more natural fit.

Still, what makes Transference worth playing in spite of this is its deliciously, intoxicatingly eerie mood. From first moment to last, this held me in a state of constant nervous tension; my skin felt tighter and my heart pounded harder while providing little in the way of a cathartic breather. Though the game certainly never matches the PTSD-inducing horror of Resident Evil 7, it impressively sustains a pervasive feeling of dread, which perhaps would’ve felt diluted were the game much longer.

PSVR owners surely don’t expect photo-realistic visuals at this stage, and yet this game serves up easily some of the most spectacular images the platform has yet seen. Like many of the most aesthetically appealing PSVR titles, Transference employs clever lighting tricks to compensate for the headset’s technical limitations.

The architectural texture quality, however, is quite remarkable on its own merits, and live-action recordings of scientist-father Raymond Hayes (played by the terrific Macon Blair) blend shockingly well into the digital surroundings. Aurally, the game stands out also; voice acting is first-rate across the board, while the hair-raising musical score and ambient environmental effects contribute significantly to the overall imposing mood. 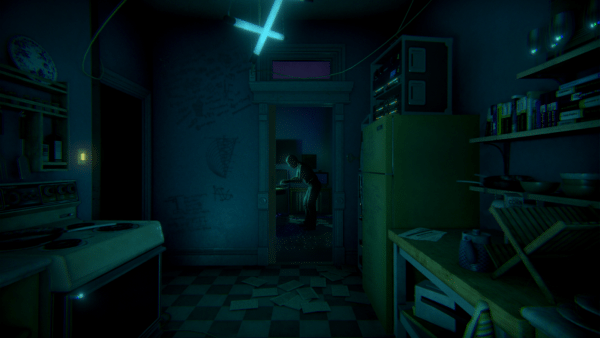 Mechanically, there isn’t a terrible amount unique to do here, though the game does a pretty solid job of steering the player to the next objective while not signposting it with an obnoxious blatancy.

Puzzles typically involve transporting objects between different planes of reality – activated by turning light switches on and off – and paying attention to even the most seemingly innocuous elements of the environment. There’s nothing here that’ll tax anyone who played Statik, for instance, and as long as you thoroughly sweep through the apartment whenever you’re stumped, you should be able to progress swiftly.

But this is not a game that wants you to just take the critical path; it very much wants you to smell the dingy roses and soak in every grotty aspect of its world. Most of the items you’ll stumble across throughout Transference are not relevant to central task completion, but they do add a ton of shading to the central familial mystery and provide insight into this mysterious trio.

There are also a number of collectable video logs hidden throughout the game which can be viewed from the main menu, adding further context to the barmy scenario. Even if you take your time and pore over every last scrap of content here, though, it’s hard to imagine you getting close to the three-hour mark.

So, while Transference isn’t as long as you might hope for, its vague approach to plot and characters will be a little too opaque for some tastes and the gameplay isn’t especially complex or varied, it’s a worthwhile experience thanks to its deftly-crafted, David Lynch-esque mood and entrancing visuals.

It’s finally worth noting that non-VR players can also join the party as the game can be played “flat”, though this is honestly a bit of a tough recommendation, largely due to the aforementioned sluggish locomotion. Furthermore, the immersion factor just won’t be there and the already-high price will seem even less fair. It’s VR or bust, basically. 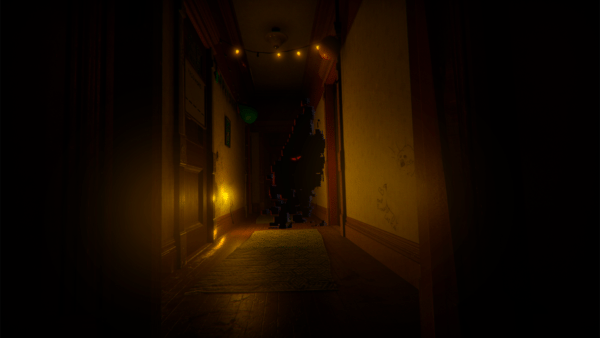 Cons:
– It’s disappointingly short.
– Lack of movement and control options.
– The narrative may prove too experimental for some.

Reviewed on PSVR (also available for PC VR platforms and Xbox One).