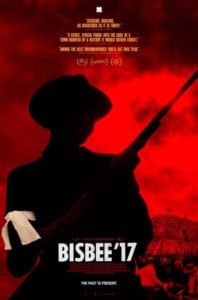 An old mining town on the Arizona-Mexico border finally reckons with its darkest day: the deportation of 1200 immigrant miners exactly 100 years ago. Locals collaborate to stage recreations of their controversial past. 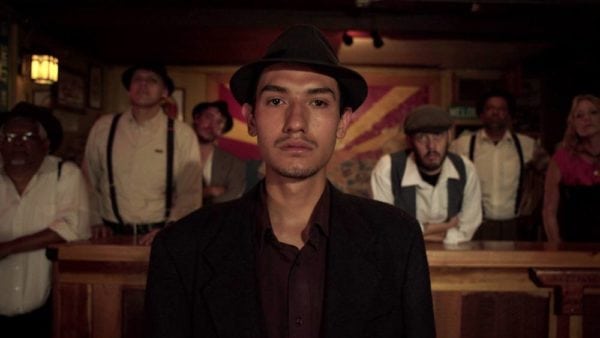 Robert Greene (Kate Plays Christine) serves up a powerful jolt to the conscience with this fascinatingly disturbing – and disturbingly relevant – expose of one small town’s horrific act. On the 100th anniversary of an event known as the Bisbee Deportation, Greene revisits the scene of the crime seeking answers.

A grim opening title sequence lays out the upsetting facts of the case; immigrant copper mine workers in the border town of Bisbee, Arizona decided to strike for better working conditions, and beginning on June 26, 1917, 2000 deputised locals rounded up the 1200 strikers and forcibly shipped them off to New Mexico. Tensions were so high surrounding the strike action that, in one instance, a man even helped deport his own brother.

Despite the obviously horrifying nature of the scenario, Greene’s film admirably offers up a fairly even-handed collection of perspectives on the event. Old folks unsurprisingly wring their hands over “socialists” threatening to take over the town, while an especially compelling young, liberal immigrant can’t help but identify with the strikers’ struggle.

There are, somewhat inevitably, a lot of “both sides” interviewees who don’t seem keen to commit to one viewpoint or another, at least on camera. The crux of the argument, though, boils down to something fairly simple; was the deportation a racially-motivated act of ethnic cleansing, or within the context of World War I, was it an act of necessity to sustain Bisbee financially? 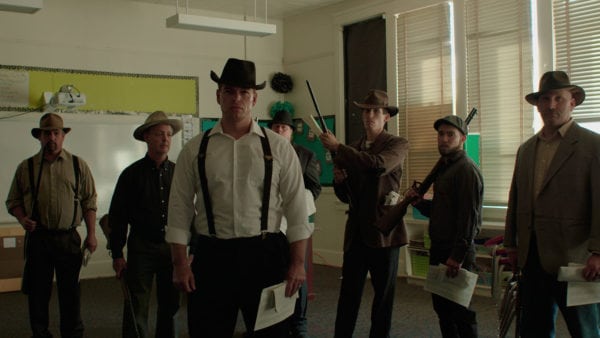 The documentary is framed by an impending recreation of the deportation, with locals joining in to play both the strikers and the deputies in the events leading up to the mass exile. The mere idea of the recreation itself raises some interesting questions about how we decide to parse history; some argue that recreations can trivialise real-life tragedy and render it frivolous, but the film argues far more convincingly that it can bring horror surging back to the forefront of the collective consciousness.

And naturally, it’s a worthwhile story not only for the modern Bisbee locals but also Americans at large. In the age of Trump, the notion of people abandoning their morality en masse in the stead of “saving the land” couldn’t feel much more relevant. Much like Trump supporters, the contemporary proponents of the deportation are depicted here as confident and emboldened, yet far from cartoonishly racist. And those, really, are the ones who should be eyed the closest.

While it’s genuinely surprising just how little testament there is about the specific victims of the deportation, Greene is understandably limited by the natural lack of access to relatives of the afflicted, not to mention a town that desperately wanted to bury its dark history. This carries through to the extent that some of the recreation’s participants weren’t even made aware of the event until recruiting for the centennial re-enactment began.

While it’s clear that a tighter and more conventional treatment of this stunning story would’ve sufficed, and you can argue Greene’s framing gimmick occasionally gets in the way of the facts, his film nevertheless makes a potent, unsettling statement about America’s continued infatuation with the frontier mentality. With so many obvious parallels between the behaviours of 1917 and 2017, how much real progress can really be expected by 2117?

Though it sometimes trades detail for its tricksy gimmick, Robert Greene’s new doc is a chilling slice of untold American history.