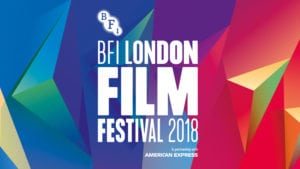 Somewhere in the North of England, during the height of the Winter shopping sales, lonely divorcee Sheila (Marianne Jean-Baptiste) is sold a dress by a mysterious shop clerk (Fatma Mohamed), in preparation for her dating agency dinner with Adonis. Little does she know, that not only is the red number a perfect fit for whoever wears it, but it’s also a cursed garment, bringing bad luck to its owners, and destruction to any washing machine it’s placed in. 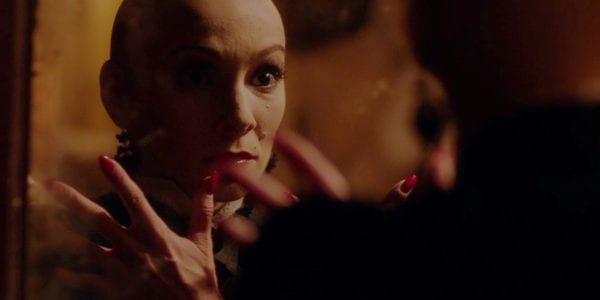 You only need to read that synopsis to know what kind of territory we’re in with Peter Strickland’s latest blending of idiosyncracity and mundanity. In Fabric is the best kind of weird, that special brand of darkly comic humour found in the likes of Inside No. 9, which much like the phantom thread at the heart of the film, takes some time to adjust to, but sits nicely once you’ve worn it in.

A chimera of the gialli evoking Berberian Sound Studio vibe, and the heightened ludicrousness of The Duke of Burgundy, In Fabric‘s humour is niche to say the least, but is sold on the deadpan way in which the material is handled by the po-faced cast.

As the first benefactor of the dress, Marianne Jean-Baptiste plays it straight; a divorcee seeped in loneliness, seeking companionship from men who leave her half hearted messages – “…got a few dates this week, but I’ll see if I can fit you in” is one of the more positive responses she receives to her old-school postal correspondence. She’s a character for whom life has never been easy, with a smart mouthed son who’s dating Gwendoline Christie’s wonderfully pretentious goth. Baptiste plays her like a fragile beacon of empathy, the perfect protagonist for an old fashioned Faustian pact, but while In Fabric is playfully silly at times, Strickland isn’t here for happy endings, which makes this offbeat effort all the more wicked.

The most enjoyable, non-polyester creation on display is Fatma Mohamed’s sales woman, who’s the best shop assistant since The Fast Show‘s “suits you, sir”. Speaking in the most effusively ridiculous manner – “There is the eclipse. The dark circumference of seduction” – and navigating her way to the off-limits section of the store by riding in a cramped dumb waiter, she lights up the screen as a dead-eyed, red-blood lipped phantasma. The film is never quite as darkly magical when she’s not onscreen. 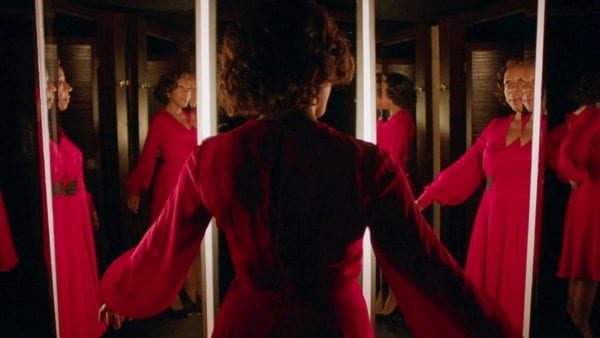 Essentially a two for the price of one movie, In Fabric only charts the possession of two unlucky recipients of the dress, with the final third of the film focusing on Leo Bill’s sad sack washing repairman and soon-to-be bride. At two hours it could have done with spreading the anthology threads to a few more of the shop’s customers, largely because this second story carries very little of the pathos and humour of Baptiste’s lonely soul.

Strickland’s film is visually arresting in the way it works as genre pastiche,  but it’s in the sound department that In Fabric excels; impromptu wails or screams punctuate the archive montages used to establish the era, and there are increasing whispers and audible chatter that pepper the shop floor scenes. It just adds to the unsettling eeriness of it all.

It won’t be for everyone. Chances are that if you haven’t enjoyed Strickland’s oeuvre thus far, you’re not going to be trying this on for size. However, those with a taste for this bizarre Bazar will find it a thoroughly rewarding journey into the unknown, and a lesson the importance of a meaningful handshake.