A teenager’s quest to launch Norwegian Black Metal in Oslo in the early 1990s results in a very violent outcome. Whether you’re fond of the Norwegian black metal scene or haven’t a clue about it, this chilling, unflinchingly violent dramatisation of the tumultuous rise of the movement’s pioneering band Mayhem is a terrifically acted, unforgettable curio.

An opening title card declares the movie to be “based on truth and lies”, adapted as it is from a controversial 1998 book of the same name. Our protagonist is Mayhem founder Øystein Aarseth, better known by his stage name “Euronymous” (Rory Culkin), who following the shotgun suicide of his bandmate Per “Dead” Ohlin (Jack Kilmer), takes a twitchy superfan, Varg Vikernes (Emory Cohen), under his wing as the band’s newest band member.

If you know the mind-bogglingly brutal true story here, you know what happens, and if not, rest assured that this film is not remotely for the squeamish. Several dead animals are witnessed within the first minutes of the movie alone, to say nothing of the plentiful human carnage that abounds later.

Those with a more intimate knowledge of the events should be keenly aware, however, that this is nothing approaching an authoritative document of what happened. From the abundance of distracting American accents to the rather spoon-feeding voiceover narration, a clear attempt has been made to rein in the otherworldly strangeness somewhat. And yet, it still sticks true to the uneasy tone and mood of the band and its human components. Lords of Chaos is certainly a shocking movie, but it’s also a viscerally effective character study with a thick layer of ambiguity laid on top. The primary question is this – how much of Euronymous’ relentless nihilism is authentic hatred of the world around him, and how much of it is simply born from insecurity and next-level brand management?

It’s easy to see these characters as edgy try-hards from the outset, but especially through our brief glimpses of departed bandmate Dead, it’s clear that the specter of mental illness, not to mention an abusive past and sheer existential boredom, all weigh heavily. The inherent tragedy of the scenario is counter-balanced, however, by a refusal to deify the young men or romanticise their acts.

It’s certainly not a flattering portrayal of Euronymous or Varg in particular, but the humanity – and the reminder these people are near enough still kids – remains present, albeit scarcely at times. On a broader level, the script is mindful of other fraught elements, namely self-effacing toxic masculinity, which no doubt contributes to the inevitable power struggle that emerges between Euronymous and Varg.

It’s these two performances which really anchor the film, with the criminally under-appreciated Culkin making for an entertainingly smug leader, while Cohen brings an unsettling, unpredictable intensity to the table.

Other band members are sadly less well-served, but it’s probably fair to say their contributions to the Mayhem myth are far more peripheral. Sky Ferreira also has a sizable role as Euronymous’ girlfriend Ann-Marit, but honestly she feels like a fabrication made to give the movie a slight semblance of feminine energy. 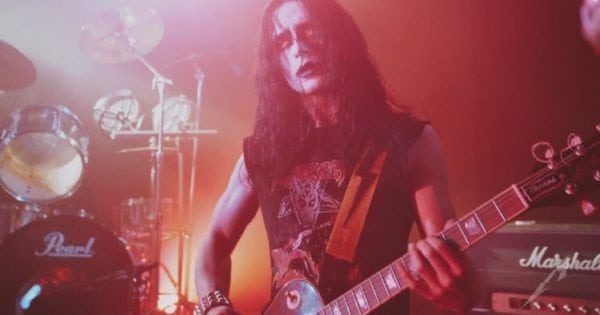 If there’s any major complaint, it’s that the film’s production quality is all over the place. Daytime scenes frequently look horribly overlit, and Akerlund employs a few chintzy nightmare sequences which too often look like they were shot with consumer-grade digital cameras. Unsurprisingly, the film is far more ominous and atmospheric at night, with some brief glimpses of burning churches proving downright bone-chilling.

The bleakly beautiful scenery of Norway also gets a fine innings here, while Akerlund’s treatment of the movie’s graphic violence walks a fine line between cartoonish and matter-of-fact, especially during its bloody final confrontation. Given that these events all happened, though, even seasoned gore-hounds may find themselves feeling a tad queasy at how steadfastly shots linger.

It would’ve been easy for this film to be a relentlessly miserable offering, yet perhaps in an attempt to lighten the tone, Akerlund employs a number of meta directorial flourishes alongside plenty of pithy narration from Euronymous himself, the latter of which, again, doesn’t always work. The writer-director does overdo it with the theatrics somewhat during the climactic event – use of Dead Can Dance’s The Host of Seraphim has felt corny and portentous for years – but the finale is aptly horrifying all the same.

It’s certainly a rough around the edges movie, but would anything else really serve the spirit of Mayhem? Though a little overdone in places, Lords of Chaos is a fascinating, suitably bleak window into a most infamous and disturbing corner of music history.