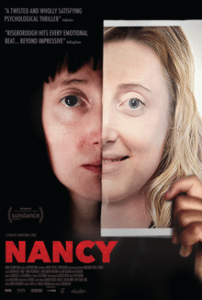 Nancy becomes increasingly convinced she was kidnapped as a child. When she meets a couple whose daughter went missing thirty years ago, reasonable doubts give way to wilful belief. 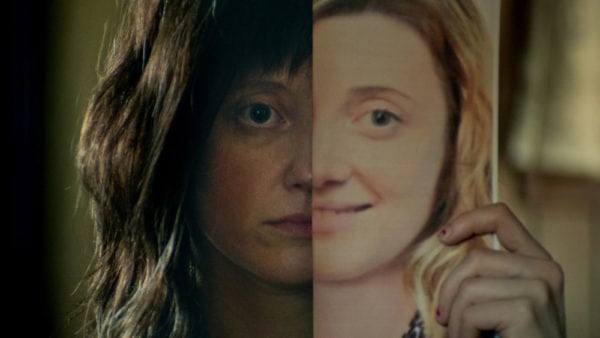 Andrea Riseborough adds yet another towering performance to her impressive repertoire with this heart-rending tale of the titular, lonesome 30-something woman, who sees a TV report about a girl who went missing three decades prior and suspects it just might be herself. Hopeful that a better life awaits her, she makes contact with the deprived parents, who uneasily take Nancy into their home as they await the results of a DNA test confirming her parentage.

Nancy is at once an intriguing mystery drama and a potent character study, taking a low-key, grounded approach to a potentially kooky premise, ensuring it never overreaches into melodrama or accidental comedy. Regardless of the outcome of Nancy’s quest, the journey and the characters within it provide rich rewards indeed, girded by a cracking ensemble cast and a creative two-hander that lithely evades cliches.

There’s an undeniably melancholic desperation to Riseborough’s Nancy, yet not a whiff of condescension or perverse voyeurism is on display here, largely thanks to the empathetic approach of first-time writer-director Christina Choe.

Riseborough’s startlingly subtle performance tiptoes on the fringes, daring to go in more dangerous directions but ultimately commanding and earning the utmost compassion from the audience, while skirting well clear of self-consciously quirky indie festival-bait tropes. 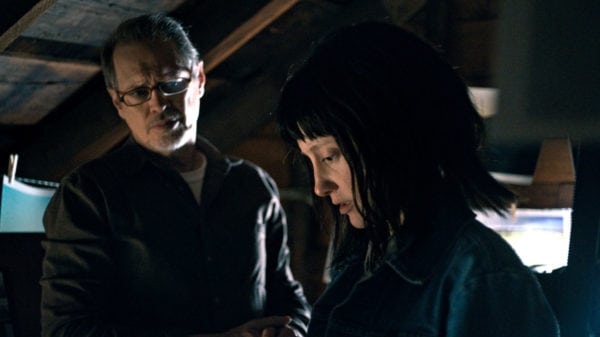 That’s not to forget John Leguizamo, who has a small, subdued role as a grieving father that befriends Nancy. He doesn’t impact the core of the story too much, but it’s just great to see him hanging out in a movie this tiny.

Though a technically understated film in most respects, the stripped-bare visuals do imbue Nancy with an easy, surprisingly atmospheric bleakness, aided by Peter Raeburn’s eerily ethereal musical score.

Intriguingly, director Choe opts to frame the film’s first act in a confined 4:3 ratio, and at the precise moment that Nancy heads out to visit her prospective parents, that ratio expands wide. It’s not a subtle trick, but one executed without even a whiff of smug satisfaction, and most importantly, it’s absolutely effective.

A quietly sad, painful drama, Nancy further cements Riseborough as one of the most intriguing and under-appreciated actresses of her generation. Its refusal to grandstand emotionally may leave some cold, but there’s a soulful, sober truth to this more reined-in take.