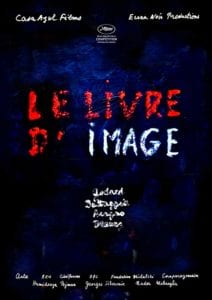 Using a variety of voiceovers, Jean-Luc Godard guides the audience through a truly unique film – a fabric of clips stitched together, telling a story in five unrelated chapters. Godard’s mission, it seems, is to tackle the products of cinema by deconstructing its past, amongst a million other things. 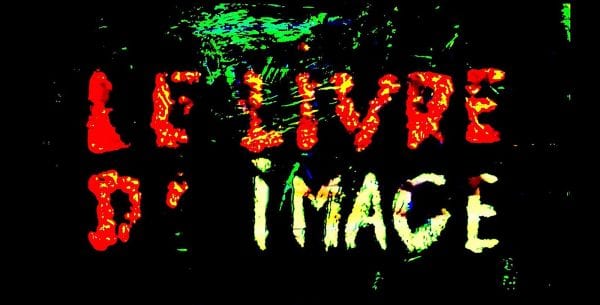 For the last twenty years or so, legendary French director Jean-Luc Godard has been crafting filmic essays rather than the usual narrative film. These concern film itself, what it represents, what it omits, and anything else he’d like to add in. His newest, The Image Book, is a collection of images from across history and across the world sewn together into one 84 minute movie. He pulls from old Hollywood movies, Hitchcock and Keaton amongst a wide variety of others, and the next moment from brutal tapes of current affairs. The voice-over (in French and only partly subtitled) quotes philosophers and literary icons. The time and effort poured into the film to draw all these disparate snippets of film, spoken and textual language together is impressive to say the least. It is a massive shame therefore to say that the result is an over-indulgent mess of a film.

Simplifying the most complex ideas so that everyone can understand them is a talent that takes a perhaps surprising amount of skill. Here, Godard does the opposite, complicating the simplest of ideas with confusing pseudo-intellectual babble and as a result, achieving very little. His ideas, about representation and mistreatment amongst others, are in no way revolutionary, and are packed into this dense package to seemingly give them more weight and originality than they actually hold.

The film does show some focus in its second half, as Godard delves into Western perceptions of Arab culture in a chapter called Under Western Eyes. This is when the piece begins to come together to create something at least interesting and cohesive. In cinema, where the Western world holds control, even Eastern ideals of themselves are replaced by Western ones. Presenting such points is fine, but actually making them engaging and thought-provoking is another thing. Godard flings out such points at an ever-quickening pace, without adding any sort of explanation. Followers of Godard will ask for us to peer deeper into it all, but Godard really gives us no impetus to.

The research put into the work by Godard must be applauded and appreciated, as it was a truly mammoth task. However the execution of the ideas is so uninteresting and quite frankly dull that the Image Book must go down as a huge disappointment. The film is a slog at 84 minutes, which probably tells you everything you need to know.