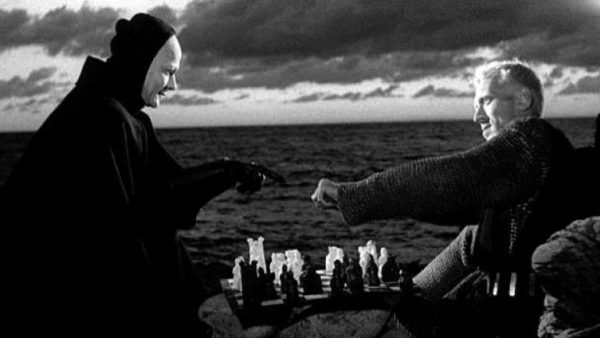 To know Ingmar Bergman’s work is to understand a director who has impacted cinema as greatly as anyone. A true master by any measure of directorial influence, he’s a man whose work is iconic, even to the unbeknown who’ve never seen his films. A cinematic image as famous as any, sees a man pitted in a game of chess against the grim reaper. An image which has been mocked and spoofed many times. That image coming from perhaps his most widely known film (indeed because of that one image), The Seventh Seal.

Bergman’s films to a modern audience may seem unapproachable. A read of any Bergman synopsis will often seem as though you’re in for a grim old time, but even in the darkest subjects he touches upon, there’s a visual flair (and power) and a penchant for the influence of dream and fantasy in films which often touch upon life, death, sexuality and family. Wild Strawberries might best sum up what on paper may suggest slow going. A grouchy retired professor takes a road trip with his pregnant daughter-in-law to receive an honorary degree. It plays as a reflection on his life as he looks back to past regrets. It sounds miserable, but it’s not. Dreams capture nightmarish imagery. He interacts with his own memories, and his reflection on the past plays out simultaneously with the encounters on the road trip, when they pick up a group of young, free spirited hitch-hikers. As a Bergman starting point it’s pretty essential, because despite the premise, the emotional resonance and the drama, there are doses of light as well as visual whimsy.

A look over his CV seems daunting as far as the number of films he did, which includes a lot of TV films too. Boiling down Bergman to that core grouping is tough, but once you start with The Seventh Seal (the iconic) and Wild Strawberries (accessible) you can begin looking into even more psychologically complex and dark work. Hour Of The Wolf is as close to a horror film as Bergman did, featuring haunting, memorable imagery, but Persona is utterly essential cinema. Bergman often focused his films on a small core group of characters, but Persona is as intimate as they come, largely focusing for the majority of the film, on two women. A nurse and a patient (an actress who becomes mute after an on-stage breakdown). As the two spend more time together and engage, their personalities begin to meld together. Two Bergman stalwarts, Liv Ullman and Bibi Andersson star and give exceptional performances. What the film shows above all, is how powerful cinema can be, even when stripped to its barest essentials. A small, confined single location and two characters, and a film that holds for around 80 minutes thanks to directorial craft, dramatic weight and psychological complexity. Few could pull off such a small, simple scenario, but Bergman is one.

Other key titles you might seek out are The Virgin Spring, which would later be partially remade as an exploitation flick with Wes Craven’s first feature, The Last House On The Left. Through A Glass Darkly is a gripping look at mental illness as a woman believes God is trying to talk to her. Bergman tended to work consistently with a lot of trusted stars (most notably Max Von Sydow) and in turn it would mean he could be assured of the level of performance required to deliver his vision. Harriet Andersson, a Bergman regular, is sublime. 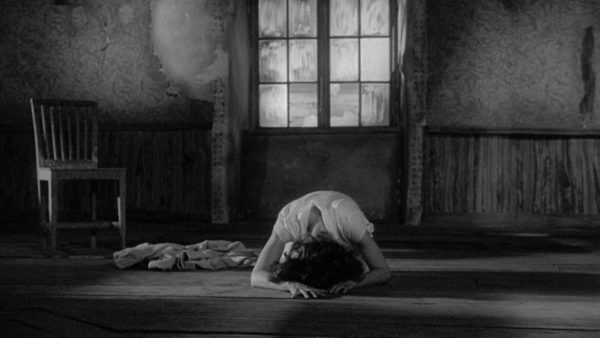 This could lead us nicely into Bergman’s colour era. When people picture and spoof a Bergman film, they think of black and white, stark imagery and religious symbolism, artistic metaphor. Once he switched to colour, his use of it as a cinematic tool was powerful. Cries and Whispers, which sees three estranged sisters reconnecting when one becomes terminally ill, is heavily infused with red, from the mise-en-scene to the lighting and dissolves which envelope the frame in a deep bleeding crimson. The film itself deals with fractured families, but pushes farther and as is a Bergman staple, suggests repressed sexual desires. It’s not the first Bergman picture that pokes at the idea of incestual desire. Again, like his most dramatic pieces, dealing in the aspects of human psyche cinema-goers may not be comfortable with, this film is powerful. Starring Harriet Andersson and Liv Ullman once again, it’s a film which beautifully balances the tortured relationships between not only the sisters, but their respective marriages, and Andersson (as the terminally ill sister) becoming more attached to her nurse, Anna (Kari Sylwan). Imagery is carved out of psychology textbooks, but that aside this is hair on your neck standing levels of raw dramatic power. Andersson in particular is gut-wrenchingly powerful in Cries and Whispers. It’s a performance that won’t leave you.

Autumn Sonta (which also starred Hollywood icon Ingrid Bergman, no relation to Ingmar, and not to be confused with his wife of the time…also named Ingrid) would later deal with the mother/daughter dynamic, and Scenes From A Marriage is more engrossing and complicated than the title would suggest. In some ways, Fanny and Alexander would represent a Bergman film that thematically and visually is one of his most accessible, but the flip-side would be a 3 hour run time. It’s that engrossing of course, that if you’re hooked in, it won’t matter (and lets face it, most Marvel films push that these days). It represents perhaps his most grandiose film, his most universally accepted, and this time focusing on childhood. A wondrously crafted tale with everything you would expect from Bergman, with those base human struggles and moments of joy that we can all relate to. Given it was his last major film (also edited as a TV version), it would certainly be worthwhile building to Fanny and Alexander. 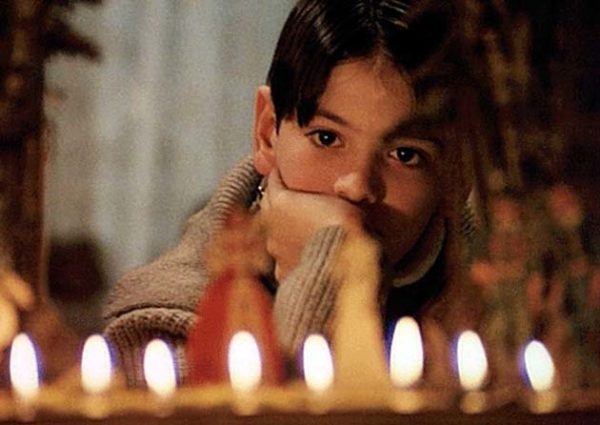 Bergman would have been 100 this year. His legacy remains strong. His ability to de-construct human emotions and dissect them so intimately, honestly and with such visual flair means his work will remain timeless. Ethan Hawke recently caused controversy by seeming to dismiss the cultural and cinematic impact of the comic book genre (Logan in particular). Logan as an example did as much as you can in adding layers to that genre, which has a primary goal to provide spectacle and escapism, when he went further and said ‘It’s not Bergman…’ he was of course right (to a point). Still, what Bergman created, which very few could do with such craft, were stories that were not only relatable at their base level, but allowed us to consider the darker recesses of human thought, behaviour, vulnerability and desire. He did so with an unrestrained honesty,  and pulled the blinds back on those strands of the psyche we prefer covered.

Tom Jolliffe is an award winning screenwriter and passionate cinephile. He has three features due out on DVD/VOD in 2019 and a number of shorts hitting festivals. Find more info at the best personal site you’ll ever see…http://tomjolliffe.wordpress.com/films/