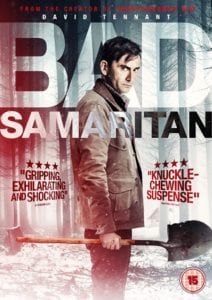 A pair of thieving valets get more than they bargained for when they come across a kidnapped girl in the home of one of their customers. 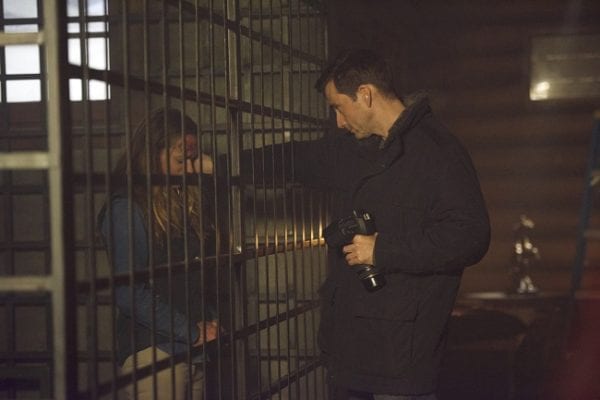 Bad Samaritan is a smart movie. Smart because in this day and age of technological advances quickly becoming cliché in movies – mobile phones with no signal, internet connections going down at a crucial moment, tiny video cameras catching important details, etc. – this movie revels in its tech and in doing so highlights how difficult it is to pen a modern thriller that can still thrill the old way but keep things credible with a more tech-savvy (i.e. younger) audience. As if to illustrate the point there is a scene in Bad Samaritan where the villain of the piece is trying to invade the life of the person trying to trap him and so instead of, say, threatening his family with a gun or going on a rampage he simply hacks into the young man’s Facebook page, changes the relationship status and then posts topless photos of the guy’s girlfriend for all of her fellow college students to see. Yeah, it isn’t brutal revenge like I Spit on Your Grave or Oldboy but it does have a gleefully malicious edge that feels quite fresh.

But every cool – and slightly preposterous – use of gadgetry that Bad Samaritan plays with is marred by the other elements that make what initially appears to be a solid thriller feel a little undercooked when you sit back and analyse it. The setup is fairly strong, with restaurant valets and petty criminals Sean (Robert Sheehan – Misfits) and Derek (Carlito Olivero – Making Moves) using their customers’ vehicles and built-in gadgets to locate their homes and burgle them while the innocent parties eat. All seems good until Cale Erendreich (David Tennant – Fright Night) shows up one night in his flash car, is rude to the pair and goes inside the restaurant, and when Sean takes the car for a spin and taps into the GPS system he finds that Erendreich, as well as having a huge house and obviously lots of money, also has a terrified young woman chained to a chair in one of his rooms. Unable to rescue her before Erendreich comes out of the restaurant, Sean gets the car back and then makes it his mission to try and rescue the woman, unaware that the wily Erendreich is already onto him and has a lot of anger issues he needs to get out. 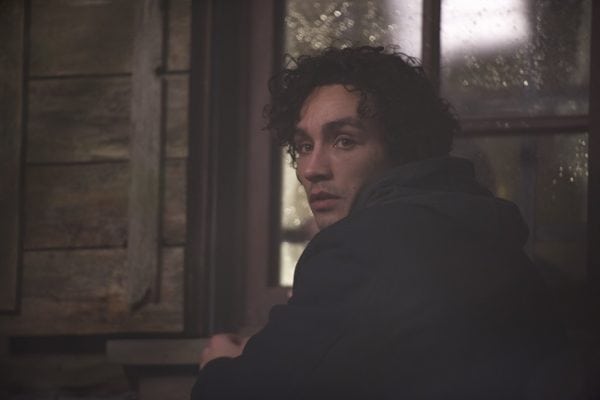 With more gadgets at his disposal than James Bond, Cale Erendreich makes for an interesting villain and David Tennant does do sinister quite well, although his American accent is a bit odd and doesn’t sound very convincing. His mannerisms, however, are bang on and the way he switches from smiley nice guy to snarling psychopath in a heartbeat is fun to watch, and Tennant is clearly having a blast doing it. However, what this joviality in the face of extreme danger means is that the tone of Bad Samaritan is a little off throughout, with Sean and Derek essentially proving to be a pair of dope-smoking idiots with a few scams going on, their dumb exploits setting the film up to be some sort of horror-comedy but once Sean goes into Cale’s house the tone rapidly changes and goes very dark, and although David Tennant has a twinkle in his eye as he keeps one step ahead of Sean and the police (who rank as some of the most inefficient cops you’ve ever seen), the film never really hits those comedy beats and at the same time never quite goes full-on brutal, as if the filmmakers weren’t sure whether to let Tennant go too far in either direction.

Suspension of disbelief is a big factor in getting the most out of Bad Samaritan as characters make stupid decisions, Cale Erendreich seems to become almost Terminator-like in his pursuit of Sean and the use of gadgets and technology becomes so overwhelming that you just have to accept and go with it otherwise you’ll be questioning everything that the characters do (rather than just most of what they do). Not that the lack of logic brings Bad Samaritan down as much as it would a more ‘serious’ thriller because director Dean Devlin keeps things moving along at a decent rate and manages to create a fair bit of tension, and with David Tennant (and his dodgy accent) chewing the scenery Bad Samaritan is 105 minutes of silliness – some of it intentional, most of it not – that could have been crafted into a super-tight cat-and-mouse thriller or gone the other way and been a total splat-stick comedy but instead it lingers in the middle. Still, it is entertaining in the same way that an OTT action movie is when you switch your brain off and stop asking questions – if you can do that then Bad Samaritan is an entertaining watch, albeit it a very flawed one.