The Doom Patrol series has finally rounded up all of its main members. Brendan Fraser, who is playing Robotman in the series, announced at the Titans premiere at the New York Comic-Con last night Matt Bomer (The Nice Guys) is set to play Negative Man. He will provide the character’s voice and play his pre-superhero self of Larry Trainor in flashbacks. 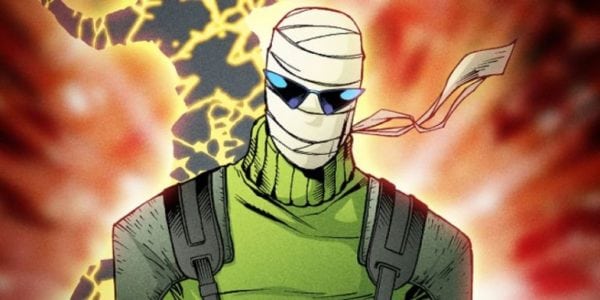 A test pilot who was accidentally fused with radioactive energy, Larry Trainor has the ability to release a ‘negative man’ from his body. This negative copy has the ability to fly, phase through objects and even explode, but the powers come with a cost. If Larry and the Negative Man are separated for too long, Larry will die. Because of this and his radioactive powers, he is forced to adopt an appearance resembling the Invisible Man as bandages have to cover his face all the time or else the Negative Man will be released.

The role is similar to Brendan Fraser’s Robotman, where Bomer will provide the voice of Negative Man and portray Larry Trainor in flashbacks, but the physical performance of the wrapped-up Negative Man is from Matthew Zuk in a full body costume.

Bomer joins a cast that includes Brendan Fraser as Robotman, April Bowlby as Elasti-Woman, Diane Guerrero as Crazy Jane and Timothy Dalton as The Chief. Joivan Wade will also star as Cyborg while Alan Tudyk will portray the Doom Patrol’s main antagonist for the season, Mr. Nobody.