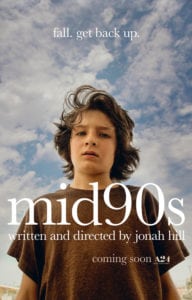 Follows Stevie, a thirteen-year-old in 90s-era LA who spends his summer navigating between his troubled home life and a group of new friends that he meets at a Motor Avenue skate shop. 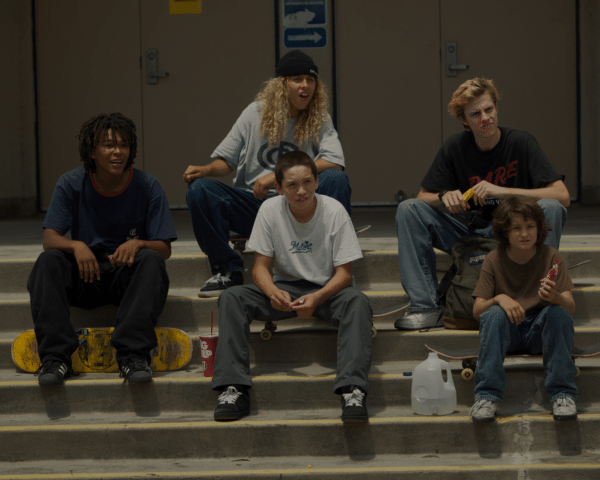 First time writer-director Jonah Hill has no shortage of directing coaches to draw influence from throughout the course of his highly successful Oscar-nominated career as an actor, but his feature debut bears resemblance to a Larry Clark or Harmony Korine picture more than anything, as Mid90s takes as headstrong a look at growing up in a dysfunctional family only to befriend a group of diverse skateboarder pals (who do everything from smoke, drink, and fuck in addition to cursing like sailors and disrespecting rent-a-cop authority), as it does a sugar-rush approach to 90s nostalgia.

Before getting into what defines the various rascals we get to know, it has to be expressed that Jonah Hill is superb at bringing alive a certain era without beating the audience into submission with references. Instead, he’s more concerned with getting the onslaught of homages and loving 90s throwbacks out of the way as quick as possible, not to exhaust everything from the get-go but rather to firmly plant the audience into the 90s, using it as a launching pad for his character study on friendship bonding, sibling rivalries (the kind that borders on abusive hate), finding your place in the world, and obtaining an outlet for repressed anger. Within the first 10 minutes, iconic 90s material is noticed ranging from Super Nintendo, Street Fighter 2 T-shirts, Teenage Mutant Ninja Turtles bedsheets, various posters of white-hot musical artists at the time combing all genres, and a lived-in feel that simply screams the 90s. Richard Linklater did one hell of an impressive job with Boyhood, but Jonah Hill may have topped that effort based on the sheer fact that we get to spend around 80 swift and rapturously entertaining minutes in this simpler time. Oh, and someone wears a Beavis and Butthead T-shirt, automatically earning the film massive points. 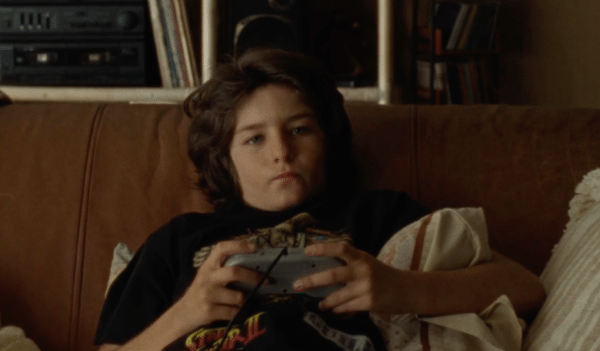 Keep in mind, Mid90s is not a one trick pony generating its goodwill from a beloved era that feels fresher in our minds than we might initially think. Stevie (Sunny Suljic, now having a breakout role as a live-action performer the same year strongly impressing gamers with a voiceover role in the long-awaited continuation of the God of War franchise) has to cope with a distant mother (Katherine Waterston as a caring individual, but one seemingly too busy with the struggles of being a single mother to properly care for children and is also implied to have been/might still be a prostitute) and random violence inflicted from his brother Ian (Lucas Hedges with another terrific turn, this time as a loner not afraid to intimidate his younger brother), turning to skateboarding upon coming across a tightknit local pack a slightly older teenagers.

Over the course of the film, it is quickly revealed that there is some conflict between the various members of this clique (it should also be noted that quite a few of the actors have never performed before, but due to their real world experience with the culture are able to elicit natural camaraderie and infectiously fun chemistry). On top of that, they seem to give each other differing advice and reasons for skateboarding; one teenager sees it as pure escapism joy while another wants to make a career out of it. In one of the film’s hilarious juxtapositions, one of them tells Stevie it’s an act of homosexuality to be thankful (the character puts it a lot more politically incorrect than I did), while another tells him it’s cool and common courtesy. The point is that Stevie seems to accumulate some mixed messages, and while he has found a family outside of his own fractured upbringing, he still has to find out who he is among his own crowd. 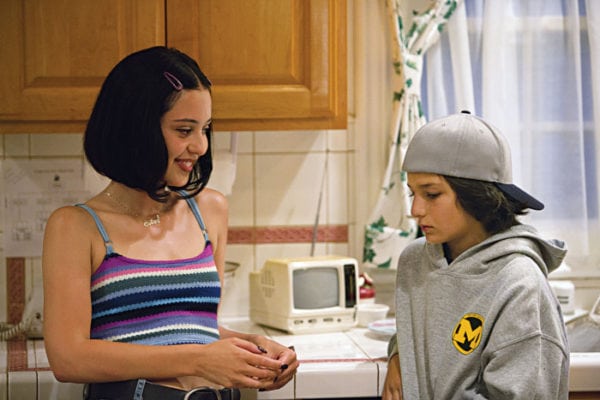 Again, there are also hints that Stevie desperately needs to find a way to take out some of that rage that is evidently brimming inside him from this rough adolescence; he is constantly the one pulling off daredevil stunts that go wrong despite his complete lack of experience (skateboarding skills that the actor had to do away with to better get into character). It also perfectly jives with Jonah Hill’s freewheeling storytelling approach; the director is unafraid to let scenes go on for as long as they need to, sometimes using that to his advantage to generate huge laughs.

Creatively, Jonah Hill has also chosen to go with an appropriate 4:3 aspect ratio, also shooting on 16mm film. This also accentuates that 90s vibe, but he also employs a number of aesthetically pleasing camera shots ranging from long-lens shots to scripting the whole thing with a brand of comedic dialogue that feels both his own and another product of its time. As a filmmaker, Jonah Hill has instantly become one to watch just as much as an actor. What he has accomplished with a plethora of talent trying their hand at acting for the first time is nothing short of remarkable, also getting a raw emotional performance from Sunny Suljic that should keep more work coming his way. 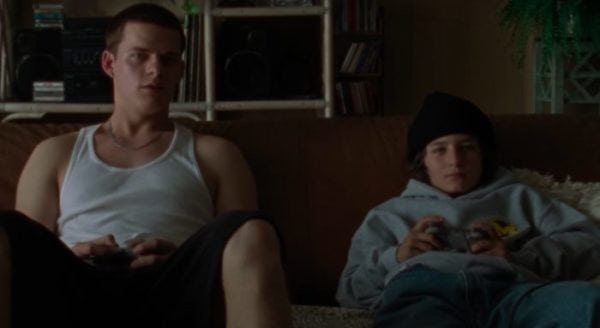 Admittedly, it feels as if there should be more glimpses of the troubled home life; there is enough to care and invest in Stevie as a person but likely not enough to fully empathize with what he is going through. The relationship with his brother Ian can be fairly confusing, but they are on good enough terms to trade objects with one another for their own benefit or join forces to steal money from mom. Furthermore, Lucas Hedges is too tremendous an actor to not want to see more from any character of his. Nevertheless, a case could be made for Jonah Hill sticking to his guns and focusing on the raucous bond being developed; kids say the darndest things. Skateboarding is highlighted, but really, this is a hilarious and moving showcase of friendship; the kids definitely are bad influences in a number of ways to be Stevie but Jonah Hill successfully contextualizes that there is something real between them all. Also, that’s a massive accomplishment considering Mid90s a film that features a character nicknamed Fuckshit.