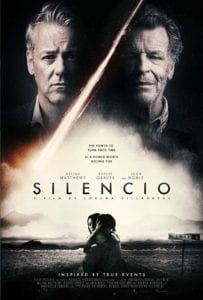 Ana has to find a mythic stone to save her son’s life. During the search through space and time, she encounters family secrets and enemies who will stop at nothing to utilize the stone’s power. 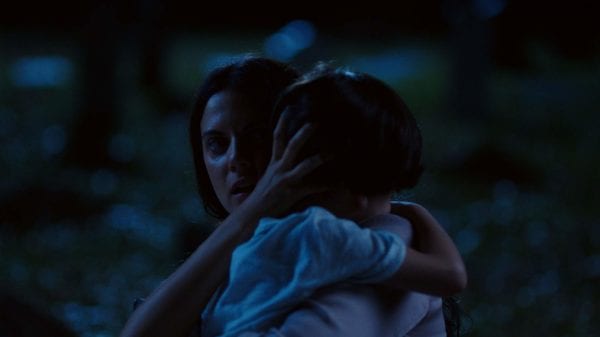 In Mexico’s ‘Zone of Silence’ – a sort of real-life Bermuda Triangle area where all sorts of unexplained events have apparently taken place –  two scientists researching a meteorite storm discover a mysterious stone, the like-of which they have never encountered before. The composition of it is deeply strange to them, as though it has come straight from the unknown of outer space. Soon enough, they find out the true power of the stone as it whisks them back to Prof. James (John Noble) tragic past and the loss of his entire family. Sensing a chance at changing the past, he saves one of his granddaughters.

Cut to the present day and Ana (Melina Matthews) is a psychiatrist raised by her grandfather James, who we saw back in the prologue. Now tormented by dementia, he has apparently kept quiet about his time-travelling ability for Ana’s whole life. But when her young son Felix is abducted by some miscreants who demand the rock before they let him go, she is forced to track down how her grandfather and the mysterious stone are implicated.

Lorena Villarreal’s second feature (her first was Las Lloronas in 2004) is certainly an unusual piece. Full of beautiful, artistic shots and a ‘slipstream’ type of sci-fi narrative, it brings together a Fortean Times/X-Files type of mystery and melds it to a heartfelt family story.

It also attempts to play out as thriller too, with the identity of the real bad-guys unknown right up until the last scenes. In between, there are some fairly inconsequential car chases and fights to try and keep action fans interested. 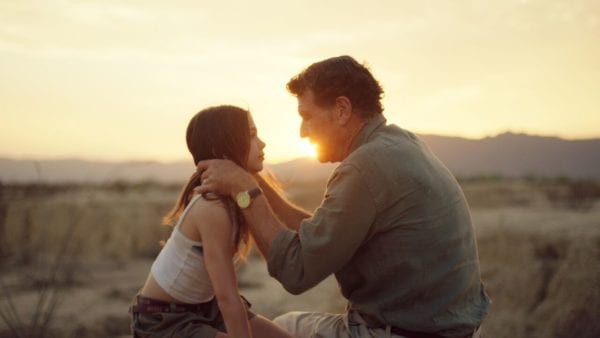 The film succeeds in bringing a dual-language track successfully to the screen. The home scenes in Mexico featuring Ana, her son and her maid- where Ana grew up – are largely spoken in Spanish, and these parts effortlessly move on to flashbacks and the scenes involving the English-speaking cast, particularly involving Grandfather James and the grown-up assistant played assuredly by a suave Rupert Graves.

The film is not as successful in making a cohesive or engaging plot, with a lot of the time spending too long pointing the way to what is actually happening. With most of the characters motivated by tragedy and loss, there is undoubtedly a lot of heartfelt soul-searching going on, and the family scenes are affecting enough. Best then to ignore much of the garbled plot and focus on the framing and dream-like make-up of the expressionistic shots of the desert and the star-filled skies.