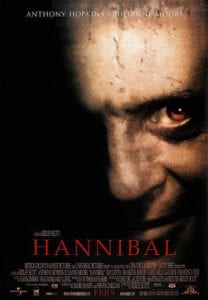 Years after his escape from prison, cannibalistic serial killer Dr Hannibal Lecter has made a new life for himself living in Florence under the guise of an art historian. At the same time, FBI agent Clarice Starling is contacted by Mason Verger, an immensely wealthy survivor of Lecter who seeks to capture the elusive cannibal and exact revenge for his disfigurement at Lecter’s hands. 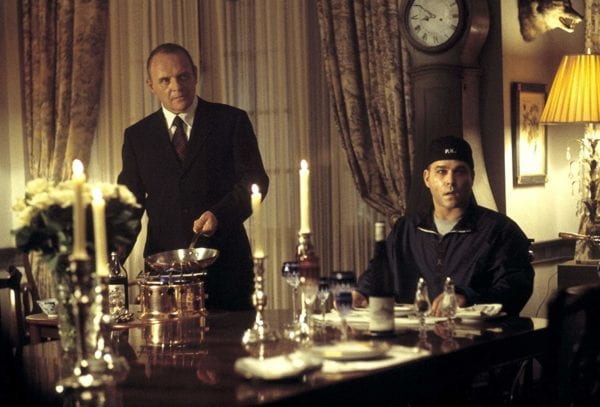 We’ve reached that point that we reach every October Horrors. The point where I take a look at another instalment in the long-running Hannibal franchise in the vain hope that by the time I reach the TV show they’ll have revived it.

After taking a look at the masterful Manhunter in 2016 and the Oscar-winning brilliance of The Silence of the Lambs last year it only stands to reason that I take a look at the film which finally allowed Thomas Harris’s charming cannibal to take centre stage. This is Hannibal.

After winning an Oscar and securing himself a permanent place in pop culture for his efforts in Lambs, Anthony Hopkins returns for his second performance as the title character. Once more Hopkins projects a kind of charm, wit and sophistication with the character, able to hold court with his lectures about Italian art and fine wines in a manner that makes you hang on his every word. Essentially he’s the guy whose dinner party you’d love to get an invite to, even if you yourself might end up being served as the main course.

However, this charming raconteur is merely the public face of Lecter to ward off nosey Florentine detectives. It’s when we see the real face of Lecter that Hopkins shines, with his hypnotic voice putting you under his spell and that ever knowing wink of the eye sending shivers down the spine. It’s an effectively chilling performance that, while perhaps not as strong as his first Oscar-winning appearance, still manages to get under the skin and is endlessly fun to mimic. 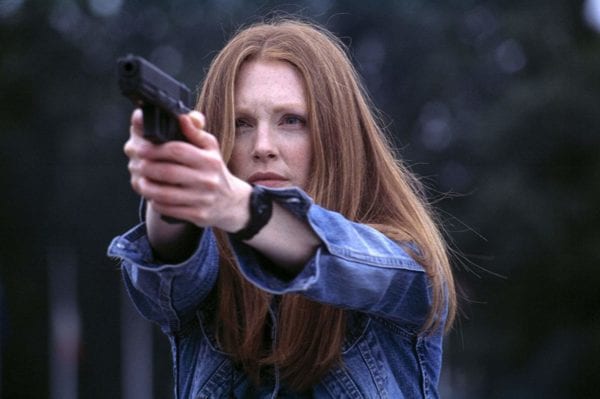 While Hopkins returns to reprise his role from Lambs, sadly Jodie Foster does not return to her Oscar-winning role as FBI agent Clarice Starling. On the plus side, we have Julianne Moore taking over the part and doing a pretty good job at it, managing to capture the same kind of grit and determination that Foster portrayed in the previous film. While Foster is certainly the better Clarice, Moore is a more than worthy successor to the part.

My only wish is that Moore and Hopkins had shared more scenes aside from the last few minutes, but when the two are on screen together with the chemistry between the two is intense and seems to have a much stronger sexual element to it than in Lambs.

While we’re on the subject, I found the relationship between Lecter and Starling in this film to be somewhat more intriguing than the previous film, with it feeling more like the two are in some kind of twisted love story. It might be that Lecter is in love with Clarice, hence why he seemingly can’t kill her, and while Clarice isn’t in love with Lecter she is consumed by her obsession with him, much as he is with her.

Of the supporting cast, it’s an unrecognisable Gary Oldman who nearly steals the show as Mason Verger, a horrifically disfigured and wealthy child molester who seeks revenge on the good Dr Lecter. Oldman’s talent shines through the ghoulish make-up with that distinctive voice and manner of speaking managing to create a creature whose personality is as grotesque as his appearance, one who is almost as monstrous as the cannibal he hunts. 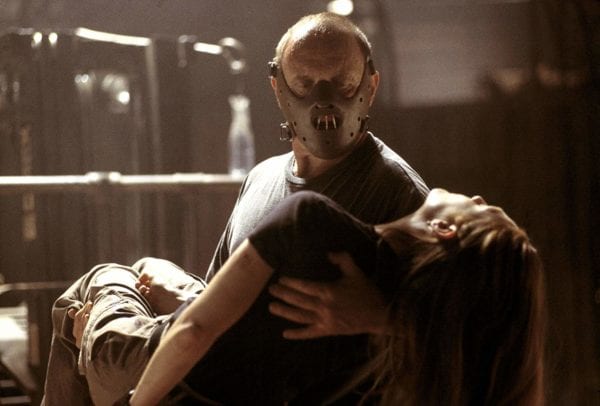 While the acting is on top form as always, the film itself is not nearly as strong as it’s masterful predecessors. With Jonathan Demme not returning to direct, the task fell to Ridley Scott who, while doing a fine job with the material, doesn’t have quite the same level of restraint and skill at telling a serial killer hunt as his predecessor. Demme’s great skill was to keep much of the truly horrific stuff off-screen and in your imagination, characters may talk about what Buffalo Bill did, but we never actually saw him do it. You may have seen the grisly aftermath of Lecter’s escape from prison, but you never saw him gut and hang the man from his cell.

Scott on the other hand, while giving us some rather stylish and gory visual set pieces (especially in the film’s Florence set first half) often feels like he’s trying to one-up the previous film by giving us more blood and more murder. The graphic murder of Inspector Pazzi, while again a terrific bit of staging and a clever harking back to an earlier conversation, is made somewhat excessive by the splatter of the poor detective innards on the ground below. I don’t mind gore in films, some of my favourite films are splatterfests, but this is the kind of film where I feel that a more restrained approach to the violence would work best for the kind of story it’s trying to tell.

The pacing, as with a few of Scott’s films (Prometheus being a good example) is another issue, with his approach leaving much to be desired. The film starts off strongly enough but gradually slows to crawl part way through as we spent less time with the title character and Clarice and instead spend more time with Inspector Pazzi as he tries to collect on a bounty on Lecter’s head. It’s not that the story is dull itself, but the rather slow execution did leave me feeling a tad bored at times.

If it sounds like I’m being too harsh on the film it’s not because I hate it, far from it, I think the film is overall a fine follow-up to Lambs. Once more Ridley Scott demonstrates that even if a film is not one of his best, it will still be a visual treat, with a stand out operatic sequence being a rather beautiful interlude to enjoy between grisly murders. I also have to praise the film’s rather unsettling opening credits sequence which shows a flock of pigeons forming Lecter’s face, all to the rather soothing and sinister sounds Lecter’s unofficial theme of Bach’s Aria Da Capo. 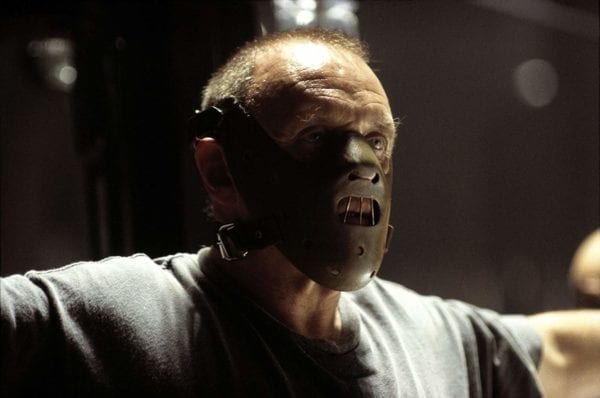 Led by strong performances from Hopkins, Moore and Oldman and some visually creative direction from Ridley Scott that, while sometimes lacking in restraint, remains solid throughout, Hannibal while not as strong as its predecessors, is still well worth a watch for all fans of the cultured cannibal. Check it out if you might and if you do then “goody-goody”.