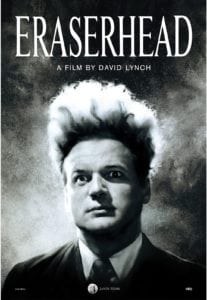 Henry Spencer is informed that his longtime girlfriend Mary X has given birth to his hideously disfigured child and the two move in together. After X abandons her lover and her child, Henry is forced to care for the child alone in a desolate industrial wasteland filled with surreal characters and surreal goings-on. 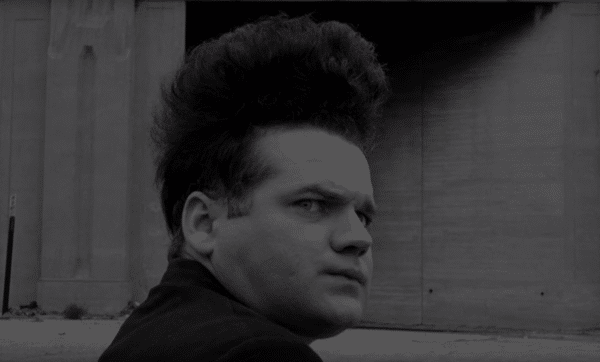 A man once described by Mel Brooks as “Jimmy Stewart from Mars”, a man who brought surrealism into the mainstream and inspired a plethora of weird films, TV shows and art and a slew of imitators, David Lynch an is a very curious and creative man who never fails to perplex and amaze.

While quite a few of Lynch’s works both in film, TV and art could be considered horror, I’ve decided to go back to the beginning and take a look at where the madness all started. Today we’re looking at his supremely surreal feature film debut, the bizarre and mind-meltingly odd Eraserhead. Just don’t expect me to be able to make sense of much of it.

The acting, as with a lot of David Lynch films, is strange. Very strange. The delivery of lines is often deliberately stilted, filled with quirky mannerisms of speech or with curious cadences in their voices or random outbursts of emotion. Sometimes characters will be talking calmly before another suffers from what seems like a convulsion before returning to normal. Like I said – it’s all just very strange.

The dialogue is even odder featuring conversations about “man-made chickens” and one from Mr X (bear with me on the names) in which he talks about “rubbing his arm every day” (not sure if that’s a euphemism) and then says he can’t feel anything in it anymore. It’s also a conversation that apparently makes chickens so upset they start bleeding which in turn leads to people running away shrieking. Again; it’s all just very strange.

The only “normal” (ha! normal) performance comes from Jack Nance as Henry Spencer a “printer” who seems to bear a perpetual expression of “what the fuckk is going on”. Funnily enough, I had the same face when watching the damn thing. Nance also sports what is the funkiest hair cut in cinematic history and kudos to the man for keeping it during the entire five years it took to shoot the film. Must have been a nightmare if he had to meet his girlfriend’s parents with that hair, although the bleeding chickens probably took some of the heat off him. 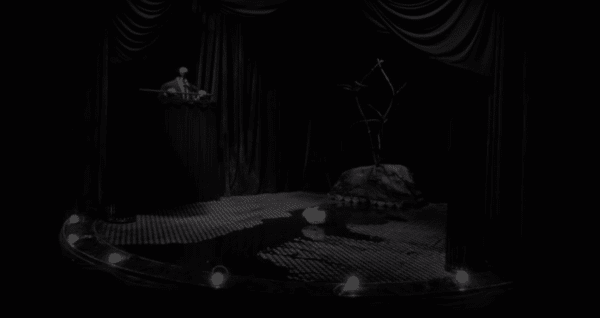 The story of the film is a simple tale of domestic trouble and the perils of raising a baby. But this is David Lynch remember, the story might be simple but the execution is anything but. The “baby” in question is not remotely human looking, with it being a grotesquely disfigured puppet that looks like something you would see on Sesame Street if Jim Henson was a psychopath who hated children.

The relationship between Mary and Henry and their struggles with parenthood is very much secondary for Lynch, who seems determined to try and confuse and/or terrify the ever loving crap out of the viewer by filling the screen will all manner of surreal characters and moments. Perhaps the most famous is “the Lady in the Radiator” who is introduced shuffling around a small dimly lit stage to organ music while stamping on giant sperms that fall from the ceiling. That’s a sentence I just wrote. It’s all imagery that boggles the mind and resembles the kind of nightmares I have when I eat too much lasagne.

The visuals of the film, when they aren’t horrifying, are a treat for the eyes with Lynch’s evocative use of black and white and heavy dark shadows creating a deeply uneasy atmosphere, with the grimy and dirty industrial setting giving the film an almost apocalyptic look. Lynch’s distinctive and peculiar choices in sound design also serves to heighten the surrealism, with the film bombarding the viewer with near constant drones of howling winds, rain, the unnatural sounds of Henry’s “child” and eerie organ music, with it all mixing into a kind of surreal broth that leaves the viewer feeling highly disorientated. It’s all the stuff of my lasagne soaked nightmares and it’s magnificent.

The highlight of the film, for me at least, is the “In Heaven” musical number that is at times haunting as it is beautiful. It’s the kind of song you will have lingering in your mind for days afterwards like a worm that’s burrowed into your brain forever. And if you really look closely at the stage that the “Lady in the Radiator” is standing on, you might see where Lynch got the idea for the look of the Black Lodge in Twin Peaks, with it having similarly black and white floors and dark curtains that I can imagine being red. 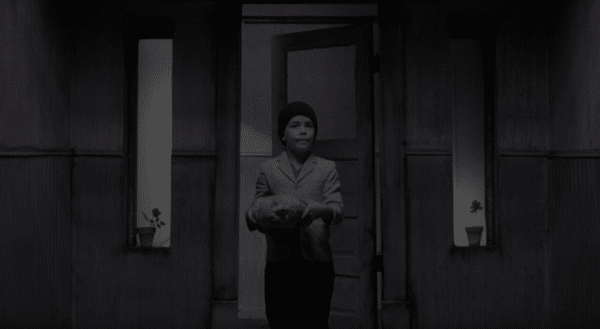 The overall tone of the film is one that I can’t exactly pin down, along with everything else about the film. The tone often veers somewhere between domestic drama, erotic and horror with a small dollop of dark comedy (perhaps unintentionally) thrown in for good measure. It’s just another element that serves to make the film a truly fascinating if infuriating experience. The film’s finale is perhaps the most complete distillation of all of these elements, with Henry’s decision to kill his “child” leading to an ending that is as confusing and hilarious as it is terrifying. The sight of the giant version of Henry’s mutant offspring left me in a giddy state in which I was laughing in terror. That’s the sort of weird effect the film has on you.

Eraserhead is a film that is not for everyone. Some will find it to be a boring and pretentious mess that’s lofty reputation is undeserved. Others might find it to be an intelligent and deep experience that they can study and analyse until the end of time. Regardless of whichever camp you fall into, regardless of whether you hate or love it, Eraserhead is a film that I think everyone should at least give a watch once in their life. It really is a sight you have to see for yourself.