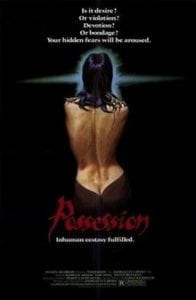 Mark, an international spy, returns home from his latest mission to be confronted with a demand for a divorce from his wife Anna after she admits to having an affair. This marital spat, however, is merely the kicking off point an increasingly surreal series of events. 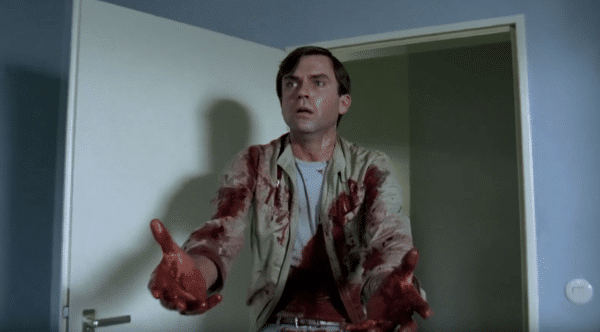 For today’s edition of October Horrors, we’re also taking off our horror nerd caps and donning on our snob hats as we take a trip into the very strange and colourful world of European art-house cinema. That strange area where you find film-makers at their most ponderous (or pretentious) as these artistic souls strive to make films that tackle taboo themes in often excruciating and graphic detail.

One such director was the acclaimed and controversial Polish director Andrzej Zulawski who brings us today’s entry, the cult art-house horror mindfuck known as Possession, easily one of strangest films I’ve ever reviewed for this series.

Everything about Possession can best be in one word; odd. Well, maybe three words; very fucking odd. From the performances, the plot, the dialogue and even the music, everything just feels ever so slightly off-kilter, and by slightly I mean that it starts off slightly odd and then it kicks you out of the plane of sanity without a parachute.

Acclaimed French actress Isabelle Adjani takes on the role of Anna, the increasingly unstable wife of Mark. Adjani also appears in the supporting role of Helen, the much more restrained and reserved school teacher the couples son Bob. Is it me or is there something odd about naming a child Bob?

Adjani is a great actress with a stellar reputation and a whole raft of awards to prove it. Fun fact, Adjani also was the first French actress to receive an Oscar nomination for Best Actress for acting in her native language. I offer this little introduction mainly as a means to prepare you for her performance in Possession mainly because it’s quite mental.

Whether she’s terrifying her co-stars with a stare that says “I’m going to cut your bollocks off and boil them into a soup” or shrieking like a rabid animal, Adjani attacks the part with everything she’s got and it is a sight to behold. Adjani succeeds in giving a performance that is not only terrifying but also, thanks to her often crazed delivery and wide-eyed expressions, incredibly funny if still unnerving. I don’t think I’m exaggerating (well maybe a tad) when I say that Isabelle Adjani gives a performance of such madness that it seriously challenges Nicolas Cage’s position as the master of acting insanity. 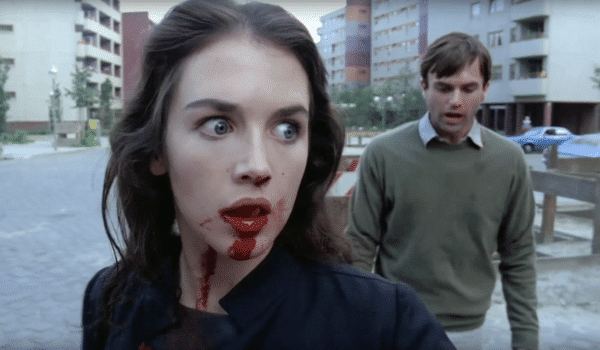 However, there are parts of the film where Adjani manages to really shines through the often ludicrous and gruelling intensity of her performance. The standout scene is the now somewhat infamous Subway scene in which Adjani’s character suffers a miscarriage in the midst of a mental breakdown. It’s a sequence of such raw physical and mental intensity that it leaves both Adjani and the viewer feeling genuinely exhausted and broken. A bit like we’ve just been hit a bus full of mentally deranged clowns (or an Insane Clown Posse if you prefer).

I especially like a more subtle moment in which, after being slapped, Adjani’s tearful expression of shock and sadness morphs into a sinister and knowing smile. It’s a nice little touch on Adjani’s part that for whatever reason is both striking and deeply unnerving in its simplicity.

It’s a fascinating and intensely physical performance that despite it’s more humorous and crazy moments (it should be noted that Adjani won the Best Actress award at the 1981 Cannes Film Festival for her efforts) and it really is worth a watch just for utter madness of it all.

On slightly less (emphasis on slightly) less crazed form is Sam Neill in one of his first major film roles as Mark, the international spy who returns home to find his wife hates his guts. Don’t you hate it when that happens?

While a little bit more restrained than his on-screen wife, Neil’s performance is no less bizarre. Neil’s delivery can best be described as being halfway between hysterical and unsettling malice, a bit like he’s rehearsing for his role in the second half of Event Horizon (more on that film later) and often seem like he’s about to slip into bed with you just so he can strangle the life out of you.

For almost the first hour of this 2-hour film, Possession is arguably not a horror film at all and instead plays like a serious (albeit wildly overacted and rather surreal) domestic drama about a couple’s disintegrating marriage. It’s only when a private investigator, hired by Mark to follow his wife, stumbles upon a strange octopus creature that Anna has secretly been feeding and having sex with (yes really), that things move into horror territory. I’m not joking when I say that the final hour is awash in all kinds of murder, gooey octopus fish man sex and implied nuclear war. And we all thought Eraserhead had some weird shit in it. Also, fish man sex? I wonder if Guillermo Del Toro is a fan of this film? 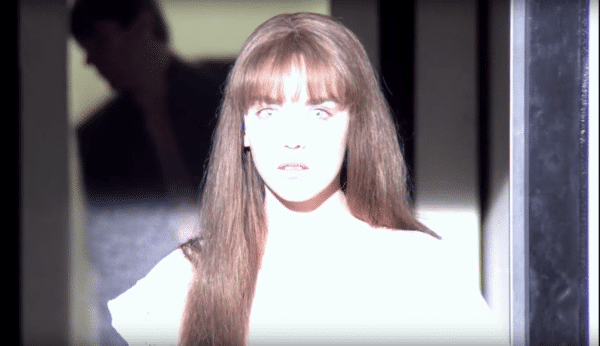 Like a lot of things in this film though, the horror elements are executed in such a fashion that is very bizarre and often rather funny. The sight of Adjani being made love to by the octopus creature is both a hilarious and horrifying sight to behold, a bit like you’ve just stumbled into the very wrong end of a fish market, made all the more awkward by Adjani looking into the camera and repeatedly saying “Almost”. The special effects being used to bring to life this scaly tentacled Casanova are rather wonky (think there’s a pill for when your tentacles go wonky) but it only serves to make the film an even more curious, weird yet utterly fascinating watch.

Possession is very much an acquired taste and I can almost guarantee that some of you are going to hate it with a passion. I personally enjoyed it, although maybe for all the wrong reasons. Instead of being disturbed and horrified by the film’s content I found it to be a very fun and sometimes hilarious experience with the bizarre (but still enjoyable) performances, very stylish cinematography and surreal plot all making for a joyfully entertaining and sometimes creepy treat.