Barbara and her brother Johnny are visiting their mothers’ grave when the two are attacked by seemingly deranged assailants and Johnny is killed. After escaping to a nearby farmhouse Barbara is joined by a band of survivors who struggle to work together as the numbers of hungry undead mass outside the walls.

2018 marks 50 years since the release of the late George A. Romero’s classic Night of the Living Dead, the film that arguably helped create the modern zombie genre that we all know and love today.

So what with it being an anniversary year I thought I’d take a look at it. Or at least I would have taken a look at it if I hadn’t already done so two years ago in my first ever October Horrors review (read it here and see how much worse my writing has gotten since then).

However, luck would have it Romero’s film has a remake. Well a few of them, but there’s only one that’s worth watching so we’re taking a look at that one. So board up your windows and load the shotgun once more because we’re returning to that fateful night, the Night of the Living Dead.

With Romero on script duties and wearing his executive producer hat this time around, directing duties fall to special effects wizard Tom Savini who helped Romero to create the effects for his later zombie epics to gory acclaim. Interestingly, Savini has said he wished he could have done the effects for the original Night, but alas he was a tad busy at the time with the small matter of fighting in Vietnam.

Despite being directed by such a gifted effects artist, Savini surprisingly refrains from using extreme gore throughout. Instead, Savini follows the lead of the original film and uses more subtle effects that are saved for when the camera lingers on a particularly distinct zombie, with the makeup effects used to bring the dead back to life being suitably gross and creepy. One such zombie that stuck with me was one shuffling around with a needle in his arm, an image which, when you think about its implications, is rather haunting. 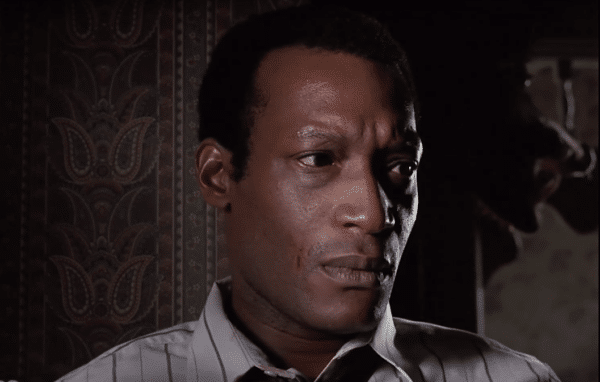 While he, mainly due to meddling producers, was unable to leave quite the same impression that Romero left with the original film, Savini’s direction is solid throughout and he is able to create some genuine moments of suspense and tension which is an impressive feat given that we all know how the story follows the same beats as the original.

While the story follows the original very closely, Romero and Savini do make a few changes to make the film its own distinct entity. The biggest and most welcome change comes to the character of Barbara who, as you’ll recall, spent most of the original film being about as useful as Donald Trump at a Helsinki Summit, largely taking up space and screaming hysterics at random intervals.

In the remake, however, Barbara starts off as a terrified mess, which, in all fairness, I think would be most of us in that situation. However, she then quickly transforms into a resourceful heroine who is often the smartest and toughest person in the room. It’s a master-stroke of taking what was, for me at least, one of the main faults of the original film and completely rewriting and modernising it and it leaves the remake all the better for it.

The remake dials down the original film’s commentary on race relations although some shades of it do remain, such as the white Cooper’s implied racism and resentment about taking orders from the African American Ben still being a source of tension. The film instead seems to borrow some of its commentary from Romero’s original Dawn of the Dead, with the remakes ending mirroring a scene from Dawn in which gun toting red necks use the rise of the dead as a glorified excuse to go hunting and drinking while presumably listening to Ted Nugent’s Stranglehold on a loop. The film’s climax with its image of hanging and burning bodies is a suitably bleak one that more than matches the darkness of the original film’s infamous ending while still managing to be different. On the acting front, things are once again stronger than in the original, with a fine cast inhabiting the familiar roles. Leading the charge is the Candyman himself, no not Sammy Davis (although that would have made for a very interesting choice) but the awesome Tony Todd as Ben, the survivor who finds himself a reluctant leader at the end of the world. Todd manages to do justice and honour the work of original actor Duane Jones while also making his own mark, being a suitably tough and imposing presence. And no one says “son of a bitch” better than Tony Todd.

As the new and improved Barbara, Patricia Tilmann is the real hero of the film with the character’s transformative arc throughout the film easily being the best part of it, with the actress making the change from screaming victim to gun-toting badass with incredible ease. Props also have to be given to Tom Towles as the film’s true villain Cooper, a man who doesn’t let a little thing like an army of the undead at his doorstep stop him from being a gigantic arsehole. Towles excels at creating a truly loathsome douche of a character whom you can’t wait to see get his comeuppance and boy is it satisfying when he finally gets it.

Tom Savini’s Night of the Living Dead might just be, in my view, one of the best horror remakes ever made. Savini manages to create a film that honours everything that made the original film such a beloved classic, while also managing to improve upon elements that perhaps didn’t work the first time around. I also might be committing blasphemy here but, dare I say it, I think this one might actually be better than the original film in many regards. 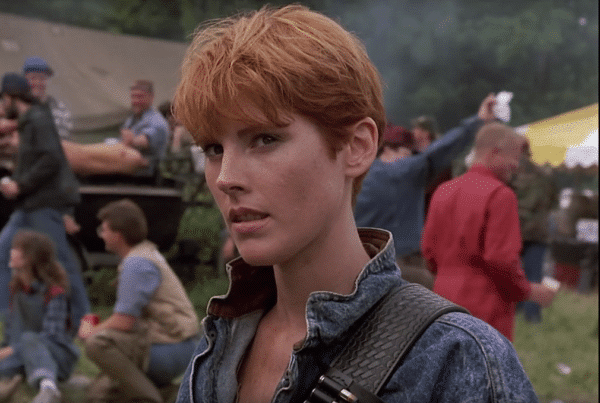 Regardless as to whether you think it’s better than the original, Savini’s Night of the Living Dead is an immensely entertaining zombie film that’s well worth a look and if you think it sucks then to quote the great Cooper “you’re just a bunch of Yo-yos”.